Opinion The First Australians grew to a population of millions, much more than previous estimates

It took just 5,000 years for large and well-organised groups of people to populate all corners of the continent. 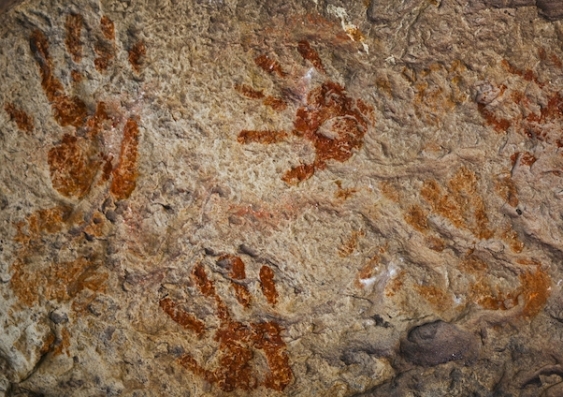 We know it is more than 60,000 years since the first people entered the continent of Sahul — the giant landmass that connected New Guinea, Australia and Tasmania when sea levels were lower than today.

But where the earliest people moved across the landscape, how fast they moved, and how many were involved, have been shrouded in mystery.

Our latest research, published today shows the establishment of populations in every part of this giant continent could have occurred in as little as 5,000 years. And the entire population of Sahul could have been as high as 6.4 million people.

This translates to more than 3 million people in the area that is now modern-day Australia, far more than any previous estimate.

Read more: We mapped the 'super-highways' the First Australians used to cross the ancient land

The first people could have entered through what is now western New Guinea or from the now-submerged Sahul Shelf off the modern-day Kimberley (or both).

But whichever the route, entire communities of people arrived, adapted to and established deep cultural connections with Country over 11 million square kilometres of land, from northwestern Sahul to Tasmania. 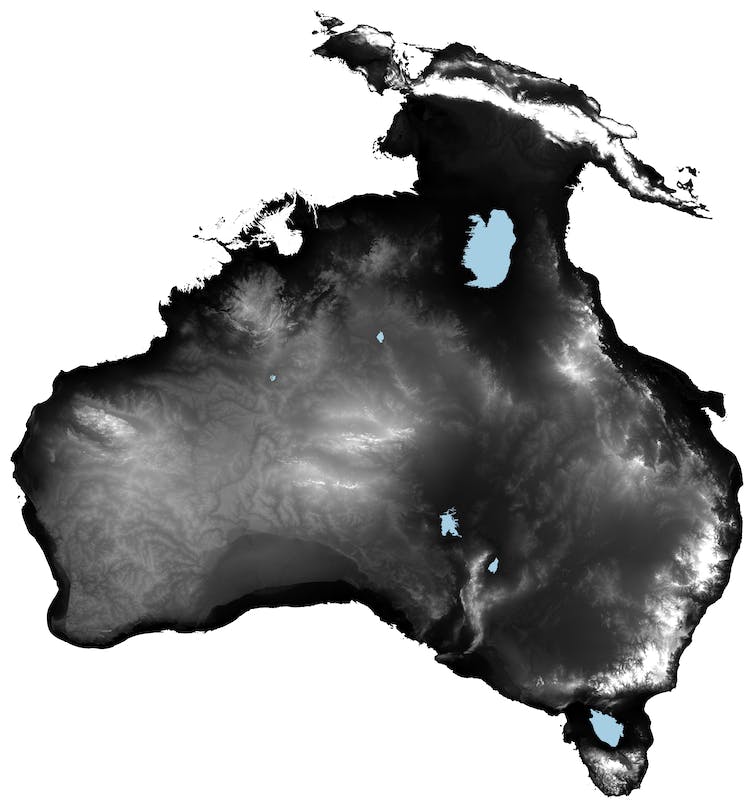 Map of what Australia looked like for most of the human history of the continent when sea levels were lower than today. Image: Author provided

This equals a rate of population establishment of about 1km per year (based on a maximum straight-line distance of about 5,000km from the introduction point to the farthest point).

That’s doubly impressive when you consider the harshness of the Australian landscape in which people both survived and thrived.

Various attempts have been made to calculate the number of people living in Australia before European invasion. Estimates vary from 300,000 to more than 1,200,000 people.

The 2016 census figures show an estimated Aboriginal and Torres Strait Islander population of about 798,400.

But records prior to the modern era are unreliable because Aboriginal and Torres Strait Islander people were only fully included in the national census from 1971, after the historic 1967 Referendum.

Before 1971, population estimates were attempted by anthropologists and government authorities. For example, the 1929 census reported 78,430 Aboriginal people.

Then, in 1930, the first thorough Australia-wide survey of Aboriginal populations estimated a minimum population of 251,000 at the time of European invasion.

This was based on accounts of European settlers adjusted by anthropological concepts about group sizes and ideas about environmental productivity.

Yet almost all of these older estimates are uncertain because of haphazard or incomplete data collection, and even a healthy dose of guesswork.

We developed an entirely different approach to tackle the question of how many people were in Sahul, and through which parts they would have moved first as they adapted to a range of challenging new landscapes.

We developed a simulation model grounded in the principles of human ecology and behaviour, based on anthropological, ecological and environmental data.

Animation of our model shows the spread of people across Sahul. Source: Corey Bradshaw.

For example, we estimated the number of people the landscape could support based on climate and vegetation models that recreated ecosystems during the time of the first peopling of Sahul.

We also gathered real-world anthropological information on immigration and emigration rates, long-distance movement, human survival and fertility. We even looked at the probability of disasters such as bushfires and cyclones.

After running 120 scenarios of the model many times each, our research found that after expanding to all corners of the continent, the population of Sahul could have been as high as 6.4 million people, with initial entry most consistent with 50,000 or 75,000 years ago.

How good is our model?

We tested our predictions by comparing the model’s results against the ages and locations of the oldest known archaeological sites from Australia and New Guinea.

If the model predicts realistic movements (even though it’s unlikely we’ll ever know exactly what occurred), we expect its results should at least partially match the patterns observed from the archaeological data. 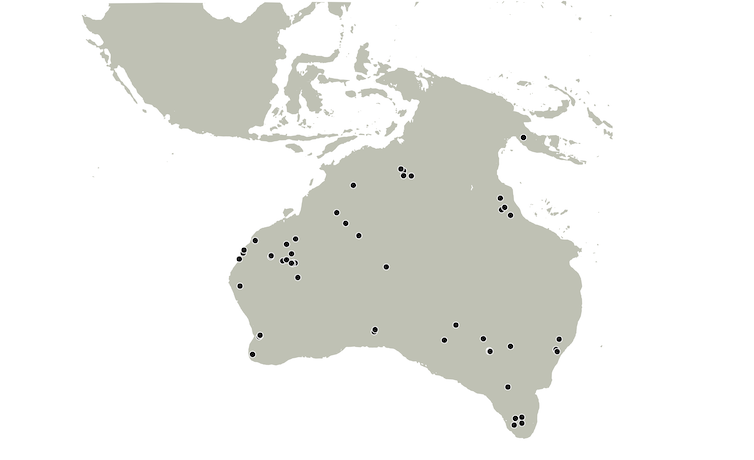 That’s exactly what we found.

For example, while previous modelling says the northern route of entry through New Guinea would probably have been easier for people to negotiate, our model suggests the southern route through modern-day Timor and into the Kimberley was potentially the dominant entry point.

Why our estimate is higher than others

Our model covers the entire landmass of Sahul, including both New Guinea and the now-submerged continental shelves, which represent about 30% of the total landmass of Sahul. No previous population estimates have included this expansive region.

Read more: In a first discovery of its kind, researchers have uncovered an ancient Aboriginal archaeological site preserved on the seabed

There is also plenty of precedent for the population densities our estimates imply.

Population estimates immediately following European invasion are also likely to be low because of the heavy death rates Aboriginal and Torres Strait Islander people suffered from exposure to European diseases such as smallpox, and the devastating history of genocide committed by colonists.

Our findings add to the new evidence constantly being revealed to paint a more complete picture of life so long ago.

With sophisticated modelling tools combined with an ever-increasing pool of data covering all aspects of pre-European life in Australia, and guided by Indigenous knowledge, we are coming to appreciate the complexity, prowess, capacity and resilience of the ancestors of Indigenous people in Australia.

The more we look into the deep past, the more we learn about the extraordinary ingenuity of these ancient and enduring cultures.