A new species of extinct flesh-eating marsupial that terrorised Australia’s drying forests about five million years ago has been identified from a fossil discovered in remote north-western Queensland. 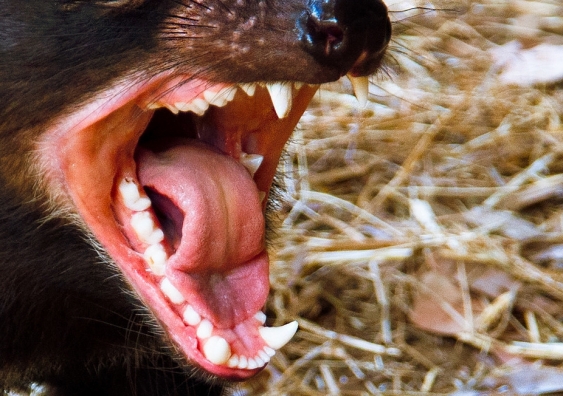 Distantly related to living and recently living carnivorous marsupials such as Tasmanian Devils, Thylacines and Quolls, Whollydooleya tomnpatrichorum did not survive into the modern world. Photo: HK Colin/Flickr
http://www.flickr.com/photos/picturesfromcolin/

A new species of extinct flesh-eating marsupial that terrorised Australia’s drying forests about 5 million years ago has been identified from a fossil discovered in remote north-western Queensland.

The hypercarnivore, which is thought to have weighed about 20 to 25 kilograms, is a distant and much bigger cousin of Australia’s largest living, flesh-eating marsupial, the Tasmanian Devil, which weighs in at about 10 kilogram.

Named Whollydooleya tomnpatrichorum, it is the first creature to be formally identified from a range of strange new animals whose remains have been found in a recently discovered fossil site in Queensland dubbed ‘New Riversleigh’.

A description of the new marsupial, based on its fossil molar tooth, is published in the Memoirs of Museum Victoria.

The late Miocene period between about 12 and 5 million years ago, when Australia began to dry out and the megafauna began to evolve, is one of the most mysterious and least well-understood periods in the continent’s past. Fossils of land animals from this period are extremely rare, because of the increasing aridity. 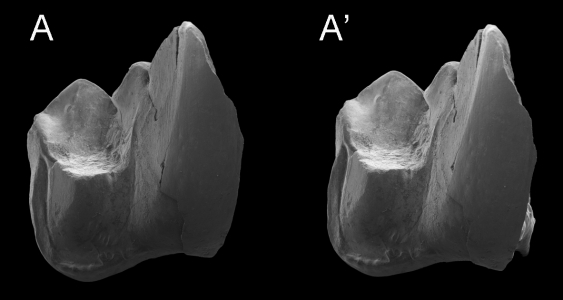 Stereophotographs of a lower molar of the new hypercarnivorous marsupial Whollydooleya tomnpatrichorum, the first of a range of unique animals found in Whollydooley Site rocks. Photo: Suzanne Hand

With the help of ARC funding and a grant from the National Geographic Society, Professor Archer and his colleagues began to systematically explore New Riversleigh in 2013.

The new species’ highly distinctive molar was one of the first fossil teeth obtained from a particularly fossil-rich site in the area which was discovered by team member Phil Creaser and named Whollydooley Hill in honour of his partner and Riversleigh volunteer Genevieve Dooley.

How the Whollydooleya compares with Australia's other well-known carnivores. Image: UNSW

“New Riversleigh is producing the remains of a bevy of strange new small to medium-sized creatures, with Whollydooleya tomnpatrichorum, the first one to be described,” says Professor Archer.

“These new discoveries are starting to fill in a large hole in our understanding about how Australia’s land animals transformed from being small denizens of its ancient wet forests to huge survivors on the second most arid continent on Earth.”

Team member UNSW Professor Suzanne Hand says medium to large-sized Australian Late Miocene animals have previously been known from fossil deposits in the Northern Territory, such as at Alcoota.

Team member and UNSW postdoctoral researcher in palaeontology, Dr Karen Black, adds: “The small to medium-size mammals from the New Riversleigh deposits will reveal a great deal about how Australia’s inland environments and animals changed between 12 and 5 million years ago – a critical time when increasing dryness ultimately led to the Ice Ages of the Pleistocene.”

The Whollydooley Site deposit provides other exciting clues about how the environment was changing. For example, it contains the first signs of wind-blown sand grains, which are absent from the older Riversleigh World Heritage deposits.

And the teeth of the other animals in this deposit are unusual for Riversleigh, because they are more worn down. This suggests that the foods animals were eating in the late Miocene were perhaps tougher, more drought-resistant plants, and there was more abrasive dust in the environment.

“But those deposits give almost no information about the small to medium-sized mammals that existed at the same time, which generally provide more clues about the nature of prehistoric environments and climates,” Professor Hand says. 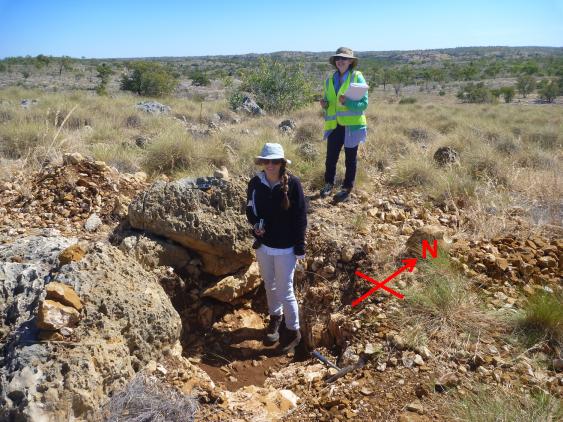 “Although Whollydooleya terrorized the drying forests around 5 million years ago, its own days were numbered,” says Archer.

“While it was at least distantly related to living and recently living carnivorous marsupials such as Devils, Thylacines and Quolls, it appears to have represented a distinctive subgroup of hypercarnivores that did not survive into the modern world.

“Climate change can be a merciless eliminator of the mightiest of mammals,” he says.