Opinion Gender equity can cause sex differences to grow bigger 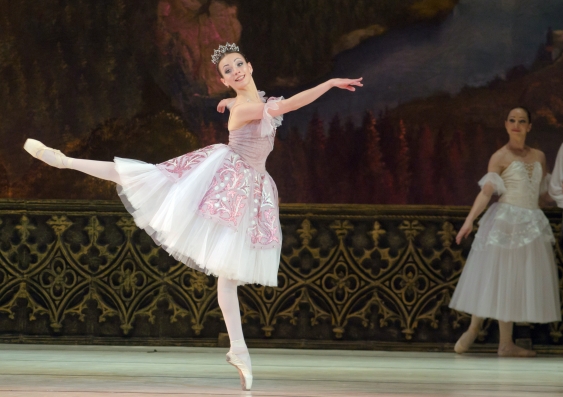 OPINION: How do sex differences arise? Few questions animate as much disagreement and contention, in everyday society and in academic study. For as long as the question has been asked, the answers have fallen between two extremes: sex differences arise innately, or they come from social experience.

That same polarity defines much of the study of human behaviour and society, and has done since the ancient Greeks asked whether ideas arose innately (Rationalism) or from experience (Empiricism). The modern fault-line runs deepest between rationalist biology and empiricist socialisation.

Impossible as it might seem for any serious thinker, awake and aware and living in the current Century, to dismiss either biology or socialisation, you might be surprised. Dogmatism and ignorance still stifle the study of human behaviour, and the topics of gender and sex differences in particular. And the lay public is equally awash in tightly-held, but often flimsy ideas about how women and men come to differ, on average, in all sorts of traits.

The evidence is in: samples of women and men differ, on average, in a vast number of personality, emotional, behavioural, cognitive and attitudinal measures. Yes, the sexes overlap. And one cannot and should not rush to inferring anything about a person from the average properties of those who share the same genital configuration. But sex differences are present, found in many replicate studies, and often similar in magnitude across societies.

Rationalist biology holds that such differences have evolved. The combination of traits that made our male ancestors successful fathers differ from those that turned our female ancestors into successful mothers. This idea chimes with the repeated presence of so many sex differences across cultures, but the fact that the magnitude of the differences varies considerably among cultures suggests much more than biological determinism.

The Empiricist thinking that has dominated the study of gender in the social sciences for more than half a century holds that sex differences arise from extensive socialisation, and differences in the power that women and men hold and wield. This view brings us the notion that by ceasing to socialise boys and girls into stereotyped sex roles, and breaking down power inequities within societies, sex differences will diminish.

The idea that teaching, socialisation and structural change will progressively erode sex differences and gendered behaviour has a powerful hold. It underpins social interventionsfrom “No Gender December” (a.k.a. the Christmastime war on pink toys) to the current Stop it at the Start campaign against domestic violence.

A recent book chapter by eminent evolutionary psychologist David P. Schmitt adds an interesting dimension, sure to be controversial, but also with considerable potential to rejuvenate debate. The book, The Evolution of Sexuality (Springer, editors Todd K Shackleford and Ranald D. Hansen), at US $139 will likely prove inaccesible to readers without access to an academic library.

Alice Eagly, Wendy Wood and Mary Johannesen-Schmidt, among the most persuasive advocates for the primacy of socialisation into sex roles, predicted that increasing gender equality would lead to “the demise of many sex differences”. That prediction seems so intuitive, so consistent with contemporary thinking about gender equity, that it hardly needs testing. But Schmitt didn’t think so. He recognised that not only should the idea be put to the test, but that there exists a wealth of data on cross-cultural on variation in personality, behavioural and other traits that could be matched with good measures of gender equity and sex role ideology.

Counter to the prediction of social role theory, in only 2 out of 28 traits examined by Schmitt did sex differences narrow as gender equity increased. In six traits, the sex difference remained stable, and in 20 traits it widened.

For example, women tend to score higher than men on personality tests for extraversion, agreeableness and conscientiousness. Gender equity tends to elevate all three of these traits, but it does so more in women, widening the average sex difference.

Likewise, men score higher than women for the “Dark Triad” traits of Machiavellianism, Narcissism and Psychopathy. Gender equity has the salutary effect of reducing each of these three rather nasty traits, but it does so more for women than for men, resulting in wider sex differences.

The narrowing of sex differences in preference for wealthy mates and sociosexuality are to be expected, and very much in line with the politics of sexual and domestic liberation. This is exactly what any observer of contemporary society would have expected, irrespective of the moral valence they give to the issues involved.

Many behavioural traits showed general changes for the better with increasing gender equity. Personalities take on more socially desirable forms. Couples emphasise love within their romantic relationships. Intimate partner violence declines. And rates of depression decrease. And yet the fact that sex differences in so many of those traits increased opens up considerable new space for empirical study, and for us to question dogma and doctine of all kinds about how sex differences arise.

This study is just a start. There remains some way to travel if we are to make stronger inferences about causation. But it is worth wrapping our head around the paradox that moves toward gender equity in opportunity, including the dismantling of patriarchal power structures, might, paradoxically, also widen sex differences.

Sorry women: we don’t believe you earn more than the random dude next to you