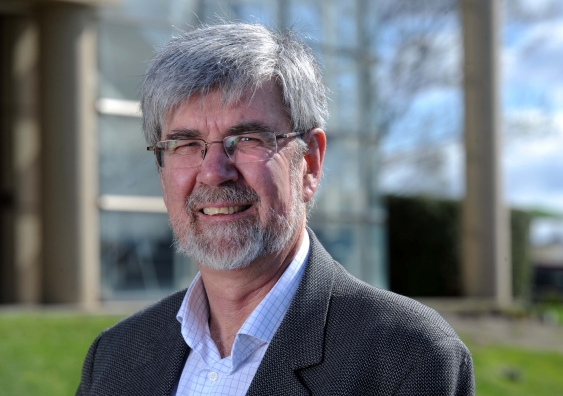 The world’s top sea level expert, UNSW Sydney Professor John Church, has become the first Australian to win the BBVA Foundation Frontiers of Knowledge Award in Climate Change for his work projecting and interpreting the threat of global warming on accelerating increases in sea levels.

Professor Church is recognised for narrowing the causes of rising seas, linking satellite observations with in-situ measurements and numerical modelling to identify the human impact on sea level changes and discovering that the rate of increase is accelerating over time.

He shares the prize and €400,000 prize money with French space geodesist Anny Cazenave, a specialist in satellite altimetry (the measurement of the form and dimensions of Earth) and British climate scientist Professor Johnathan Gregory, an expert in ocean heat uptake and climate sensitivity.

Forecasts developed from their research warn that without drastic greenhouse gas reductions sea levels could rise more than one metre by the end of this century, threatening homes of 100 million people living on the coast. Their findings have been instrumental in improving the understanding of how the earth system works, enabling more solid projections.

“This award is a recognition of the importance of the science, the progress that has been made over recent decades, and of course the role that the three of us have made in contributing to the science,” says Professor Church.

'We need to recognise the need to act ... We have the technology and knowledge – what we lack is the will to make it happen.'

The prize is rated as one of the world’s 99 major science awards by IREG List of International Academic Awards, with a reputation score of 0.59 (a Nobel Prize has a score of 1.0).

Since the early 1990s, sea levels have been climbing at a rate of three millimetres each year, giving a mean increase of eight centimetres over the past 25 years. The researchers’ work identifies that warmer oceans and melting ice sheets in Greenland and Antarctica caused by human footprint is causing the pace of sea-level increases to accelerate.

Greenhouse gases have been the dominant cause of sea level rises in the second half of the 20th century. From about 1970, they were responsible for more than 70% of the ongoing rise, says Professor Church.

Researchers used satellite observations to give a global picture of how sea levels are rising, and in-situ observations, which have a longer record and allow scientists to look back over the 20th century and earlier.  Professor Church is recognised for developing sophisticated models linking sparse tidal gauge information around the world with satellite data to reveal how much sea levels are rising.

“Without significant, urgent and sustained greenhouse gas mitigation we will cross the threshold leading to many metres of sea level rise over coming centuries,” says Professor Church. “In my opinion, we are uncomfortably close to these thresholds. 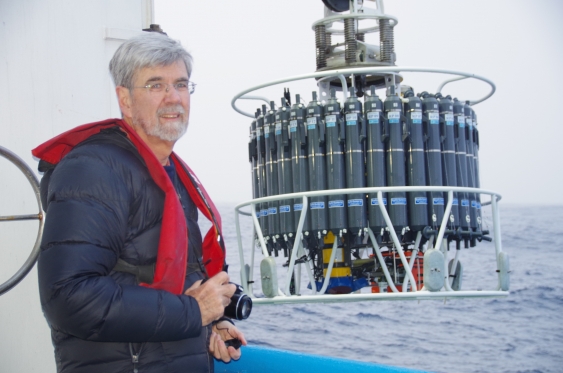 “The mitigation needs to be substantially more than Australia’s, and the world’s, current commitments. We need to recognise the need to act, develop short- and long-term goals and plans to achieve these mitigation goals. We have the technology and knowledge – what we lack is the will to make it happen,” says Professor Church.

He says local and state governments have an important part to play in developing the commitment and the plans for mitigation and for developing sound regional and local adaptation plans.

“All countries with ocean coastlines will be affected by continued sea level increases,” he says. “The biggest number of potentially impacted people live in deltaic regions around the world such as Bangladesh, parts of Vietnam and low-lying small island nations are particularly vulnerable.”

About 100 million people lie within one metre of current high tide levels. With more people moving to the coast, the sea level rise Professor Church is projecting for this century will affect tens to hundreds of millions of people.

“In the short term sea level rises will increase the frequency of what is often caused ‘nuisance flooding’ in coastal regions and, in the long term, will be a real issue that requires a response,” says Professor Church. “It will also add to the height of severe coastal storm surges making the impacts even more severe.”

This award is not for a single project but for the combined work of Professor Church, Professor Gregory and Anny Cazenave over the past 30 years. They have worked together as joint authors on academic papers and on reports for the Intergovernmental Panel on Climate Change (IPCC), an intergovernmental body of the United Nations.

The international award, now in its 11th year, recognises significant contributions in the areas of scientific research and cultural creation. Professor Church's award will be presented at a ceremony in Madrid in June. Prize recipients are selected from a large global cohort of applicants from leading institutions.

Professor Church, described as the “world's premier scientist" in sea level research, joined UNSW’s Climate Change Research Centre in January 2017 after a long career at the CSIRO. He is part of the first intake in the SHARP scheme, an initiative of the UNSW 2025 Strategy to recruit world-class researchers to the University.