An unprecedented global survey of marine sponges – the most ancient multicellular lifeforms on Earth— has revealed they make a massive contribution to the total microbial diversity of the world’s oceans. 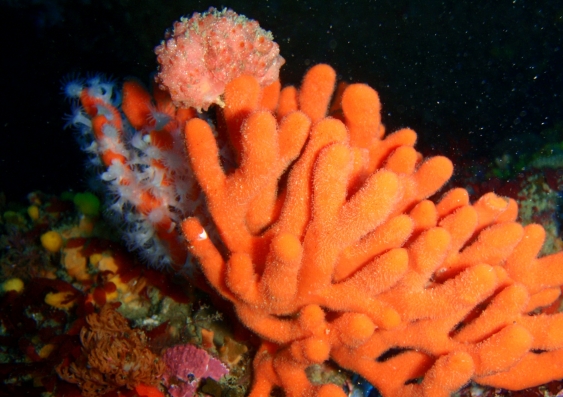 An unprecedented global survey of marine sponges – the most ancient multicellular lifeforms on Earth— has revealed they make a massive contribution to the total microbial diversity of the world’s oceans.

An international team led by UNSW Associate Professor Torsten Thomas analysed more than 800 sponge samples from the waters of 20 countries bordering the Atlantic, Pacific and Indian Oceans, as well as the Mediterranean and Red Seas.

“We found that 81 sponge species – less than 1% of the species described so far – were home to almost 40,000 different species of microbes,” says Associate Professor Thomas, director of the UNSW Centre for Marine Bio-Innovation.

The study, an impressive collaborative effort by researchers from 19 institutions around the world, is published today in the journal Nature Communications.

Microbes are essential for life. In humans, for example, microbes regulate the immune system, aid in food digestion and even contribute to brain function.

While it has been known for some time that the 8000 or so species of sponges in the world’s ocean have a symbiotic relationship with complex microbial communities that contribute to their health and survival, the research team wanted to find out how diverse these microbial communities were.

Their genetic analysis revealed enormous complexity, including showing that one single sponge species contained 12,000 different microbes. The total number of 40,000 microbes detected was much greater than the 15,000 species of microbes found in the water surrounding the sponges.

Complex network analysis of this diversity showed that the microbes interact with each other in similar ways across the different sponge species. These interaction patterns suggest that unrelated sponge species have evolved similar traits as a result of having to adapt to similar environments.

The findings highlight the potential importance of sponges in research and development of new products that may have pharmaceutical, nutritional and personal care applications.

The team involved researchers from Australia, France, Spain, the US, New Zealand, Portugal, Israel and Germany and the senior study author was Dr Nicole Webster of the Australian Institute of Marine Science.