Global warming will increase rainfall in some of the world's driest areas over land, with not only the wet getting wetter but the dry getting wetter as well – a phenomenon that could lead to more flash flooding. 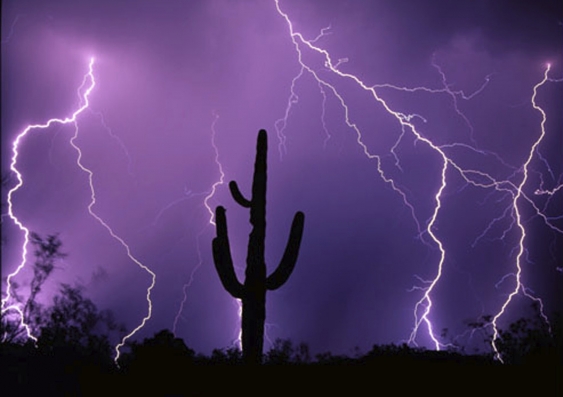 Global warming will increase rainfall in some of the world's driest areas over land, with not only the wet getting wetter but the dry getting wetter as well.

New research published today in Nature Climate Change has revealed that in the Earth's dry regions, global warming will bring an overall increase in rainfall and in extreme precipitation events that could lead to flash flooding becoming a more regular event.

"We found a strong relationship between global warming and an increase in rainfall, particularly in areas outside of the tropics," said lead author UNSW's Dr Markus Donat from the ARC Centre of Excellence for Climate System Science.

"Within the tropics we saw an increase in rainfall responding to global warming but the actual rate of this increase was less clear."

Unfortunately for societies, businesses and agricultural activities that exist in arid regions, the expected increase in rainfall over dry areas does not necessarily mean that more water will become available according to the researchers. The additional heat caused by global warming will likely lead to increased evaporation. This means that while there may be more extreme flooding events it may have little impact on overall water storage rates.

"The concern with an increased frequency and in particular intensity of extreme precipitation events in areas that are normally dry is that there may not be infrastructure in place to cope with extreme flooding events," said Dr Donat.

"Importantly, this research suggests we will see these extreme rainfall events increase at regional levels in dry areas, not just as an average across the globe."

The researchers were able to reach this conclusion because they looked at regions with similar characteristics rather than trying to compare complex climate variations found when comparing one country or continent with another.

This meant that dry regions in Australia were compared with similarly dry regions in Asia, Africa and many other countries. At the same time, wetter regions across different countries were also compared. This allowed the  researchers to directly compare like with like.

Importantly, the findings remained consistent across observations and models.

"With precipitation climate models and observations don't always tell the same story regarding regional changes, but we were very surprised to find that our results turned out to be highly robust across both," said Dr Donat.

"It appears the uncertainties in climate models were greatest where the observational uncertainties were greatest. This suggests that improved observations will be vital for those planning for climate change if they are to reasonably determine how future precipitation will change in every corner of the world with global warming."