Science Minister Greg Hunt's instruction to restore climate science as a 'core activity' at the CSIRO is a ray of hope for public good science, writes Matthew England. 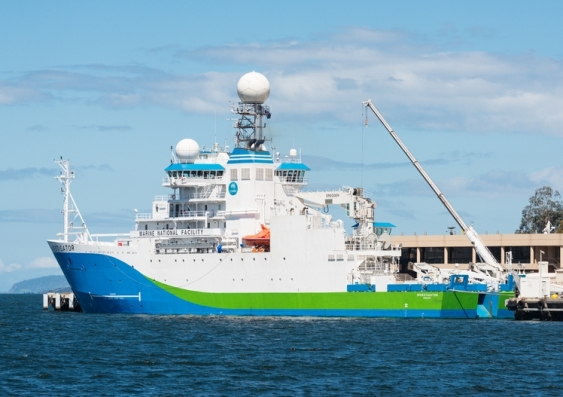 Public funding is vital for programs like CSIRO’s research vessel RV Investigator, which is too expensive for universities to run. Photo: Shutterstock

OPINION: The new instruction from Science Minister Greg Hunt to restore climate science as a “core activity” at Australia’s peak science body, the CSIRO, is a ray of hope for public good science.

Yesterday, Hunt told Fairfax Media he had issued a directive to CSIRO executives to add 15 jobs and A$37 million over ten years to CSIRO’s climate science research program.

The move follows months of uncertainty over CSIRO’s climate research capability, after chief executive Larry Marshall announced in February that 350 jobs would be lost from CSIRO, including cuts to the oceans and atmosphere division.

After widespread condemnation, losses to climate science capacity have reportedly been significantly reduced, although it is still unclear exactly how many and where the losses will be felt.

So what does the new development mean for CSIRO and Australia’s climate science?

The role of CSIRO

Reinstating 15 jobs is certainly a step in the right direction, even if they don’t make up for the previous cuts. But perhaps even more significant is the statement of intent – that the government wants climate science, and wants it to be done by CSIRO.

This is important because these government-funded agencies are well placed to carry out sustained observations and the accompanying development of climate models. Here in the university sector we focus mostly on “blue sky”, discovery-based research and training the next generation of researchers and PhDs. These are very important roles, but we can’t run marine research vessels or decades-long observation programs, because university research generally relies on three-year grant cycles.

The minister’s announcement is a very important cultural acknowledgement from the government that it needs to ensure that its publicly funded agencies underpin those important areas of climate monitoring and modelling.

There are two key areas in which Australia needs to invest.

The first is sustained observations of the southern hemisphere’s oceans and atmosphere. As one of the few nations in the region with the capacity to monitor this vast area, Australia arguably has an obligation to make these measurements.

The second is developing next-generation climate models for Australia and the world. Northern hemisphere modelling groups, even though they do global modelling, have pressures from their own governments to focus on high-quality simulations of their own regions. Without Australia doing the same, there’s not the same pressure to have superbly accurate forecasts for this part of the world.

These two areas need to be secured via an appropriate scale of investment in climate science. Where this new money should go depends on exactly where the cuts have been made and what needs to be restored.

For some time now, CSIRO’s executive has been making moves away from public good research and towards an agenda of “innovation”.

While investment in public good climate research might not make you money this year or next, it can save vast amounts of money by, for example, avoiding poor investment in infrastructure. It is vital science that is needed to secure a resilient economy, a resilient environment and social well-being for all Australians.

This type of research is often undersold. Unfortunately, the culture in CSIRO over the past year seems to have been to sacrifice some of that public good science and focus on more lucrative research. This is important and beneficial science as well, but you can’t drop the public good.

Hunt’s new comments are important because they show the government is taking renewed responsibility for how CSIRO invests in research that helps the public.

This isn’t just about climate science; it’s about any area of public-good research that delivers what the community needs for societal well-being.

This is an important step towards restoring Australia’s international reputation in climate science. The science is always judged by the excellence of the work being done and papers published, which will take a while to materialise, but this announcement will be applauded around the world.

The cuts were condemned by thousands of international researchers as well as the World Climate Research Program of the World Meteorological Society and the director of a NASA-led atmospheric monitoring network.

CSIRO’s international reputation in climate science has been going down the gurgler ever since Royal Society Fellow Trevor McDougall, one of the most influential oceanographers Australia has produced, was cut in 2012 to worldwide condemnation. The recent cuts went further.

We often criticise ministers for what they do wrong, but the latest announcement is a real cause for hope. Until now the government had taken a hands-off approach, arguing that CSIRO is an independent statutory body that shouldn’t be interfered with.

That’s now been thrown out. This is public money, and the government is saying we need to get public-good value from it.

Scientia Professor Matthew England is the Chief Investigator at the ARC Centre of Excellence for Climate System Science at UNSW.