The fossil remains of a new species of tiny marsupial lion that prowled the lush rainforests of northern Australia about 18 million years ago have been unearthed in the Riversleigh World Heritage Area. 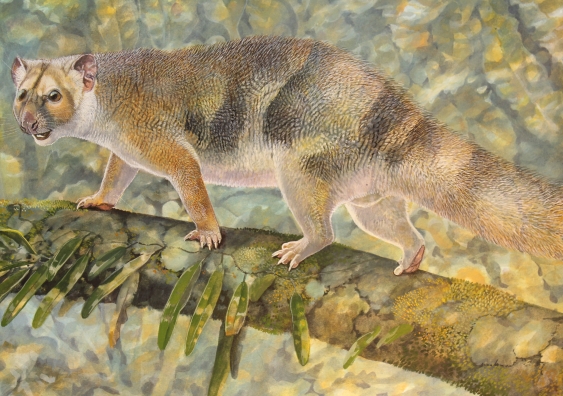 Reconstruction by palaeoartist Peter Schouten of Microleo attenboroughi prowling along the branches of rainforest trees in search of prey. Image: Peter Schouten

The fossil remains of a new species of tiny marsupial lion which prowled the lush rainforests of northern Australia about 18 million years ago have been unearthed in the Riversleigh World Heritage Area of remote north-western Queensland.

The UNSW discovery team has named the new species Microleo attenboroughi for its small size and to honour the famous broadcaster and naturalist Sir David Attenborough, in recognition of his support for the Riversleigh World Heritage Area, which he has described as one of the four most important fossil areas in the world.

Microleo attenboroughi would have been more like the cute but still feisty kitten of the family.

The new species was much smaller than the other members of this extinct marsupial lion family, including its most famous but younger relative – the lion-sized Thylacoleo carnifex.

“Microleo attenboroughi would have been more like the cute but still feisty kitten of the family,” says study lead author UNSW’s Dr Anna Gillespie.

"It was not lion-size or even bob-cat-size. Weighing only about 600 grams, it was more like a ringtail possum in size.” 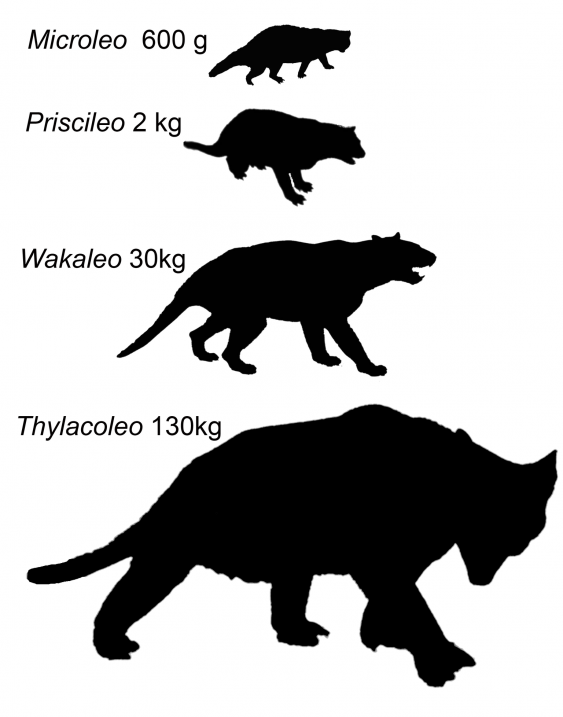 The news species is described in the journal Palaeontologia Electronica, based on a fossil specimen of part of its skull and teeth. Its dentition includes an elongate, lethally sharp, knife-like premolar in front of basined molars – specialised features which are common to all members of this extraordinary family of marsupial carnivores, the Thylacoleonidae.

Microleo attenboroughi was recovered from a limestone deposit believed to have formed in a pool within a rainforest landscape about 19 million years ago, during the Miocene. 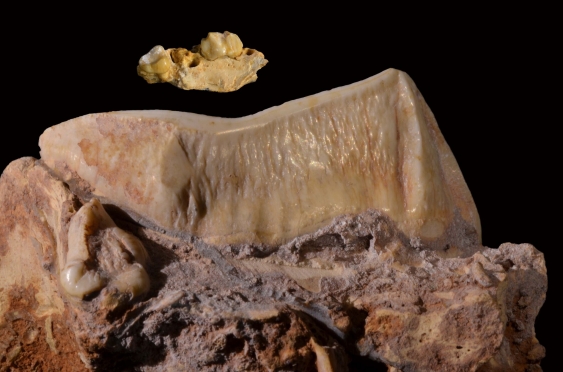 Photo of the relatively tiny tooth row of Microleo attenboroughi compared with the tooth row of its Pleistocene relative, the lion-sized Thylacoleo carnifex. Photo: UNSW

“Despite its relatively small size compared with the Pleistocene Thylacoleo carnifex – the last surviving megafaunal marsupial lion – the new species was one of the larger flesh-eaters existing in its ancient community of rainforest creatures at Riversleigh,” says team member UNSW Professor Mike Archer.

The diversity of marsupial lions alive at this time at Riversleigh is unmatched in the fossil record from anywhere else on the continent.

“Microleo shared these northern Miocene rainforests with two larger species of marsupial lion, one cat-sized and the other dog-sized,” says Dr Gillespie.

“Although it is possible they competed with one other, the size differences probably means they each specialised on a different size range of prey.

"It’s likely that Microleo scampered amongst the tree-tops, gobbling insects as well as small vertebrates such as lizards and birds while simultaneously trying to avoid becoming a prey item for its larger relatives,” she says. 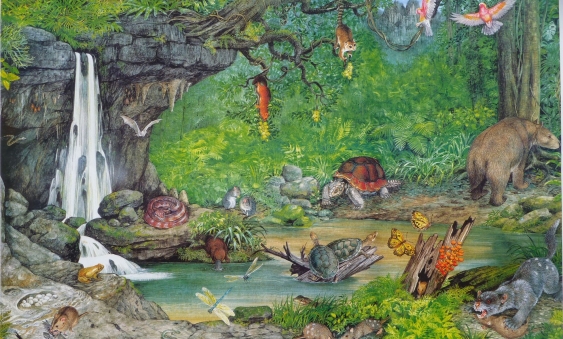 Reconstruction by artist Dorothy Dunphy of the early Miocene (about 18 million years ago) rainforest environment that enabled hundreds of species to become fossils found in Neville’s Garden Site in the Riversleigh World Heritage Area in Queensland. The opening to a cave is seen in the background with a pool extending from the entrance out into the forest floor. The marsupial lion shown in this reconstruction was a species of Wakaleo, a more common dog-sized marsupial lion considerably larger than the rare Microleo attenboroughi. The parrot is the oldest yet known from Australia.

Study co-author UNSW Professor Suzanne Hand says: “The early Miocene of northern Australia, as documented by the thousands of fossils from Riversleigh, was a time of mild, very wet climatic conditions with mammal diversity more like that seen in Borneo than anywhere in Australia today.”

Intriguingly, although many thousands of bones and teeth have been recovered in the 40 years of research at Riversleigh, only one specimen of this small flesh-eater has been recovered.

“Tantalising questions about the rest of its skull and skeleton which could further clarify aspects of its lifestyle – such as whether it had an enlarged ‘killing’ thumb claw like its Pleistocene relative – must await discovery of more complete specimens,” says Professor Archer. 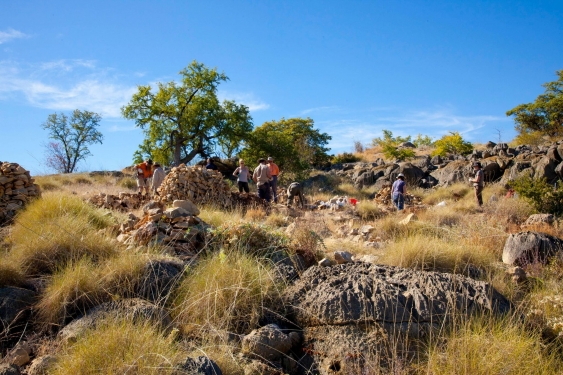 The Neville's Garden Site as it is today, with researchers and volunteers from UNSW. Photo: UNSW