A new study by UNSW scientists has shown how the presence – and absence – of dingoes affects the desert landscape. 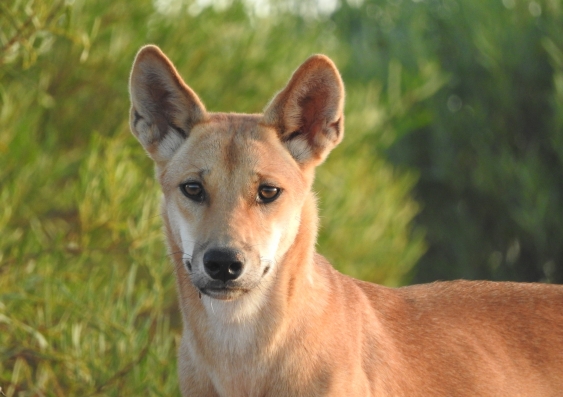 A dingo in the Strzelecki Desert. Photo: Peter Contos

Removing predators from an ecosystem can have a domino effect that impacts the geography of the environment and even the pattern of wind and sand movement, a new study by UNSW scientists has shown.

In the Strzelecki Desert in north-west New South Wales, the Dingo Fence is a man-made barrier that has been in the landscape for over a century. The Dingo Fence was built in the 1800s to keep dingoes away from private land and livestock. On the NSW side of the Dingo Fence is Sturt National Park, but dingo culling still occurs, as the animals are considered a pest to livestock producers. 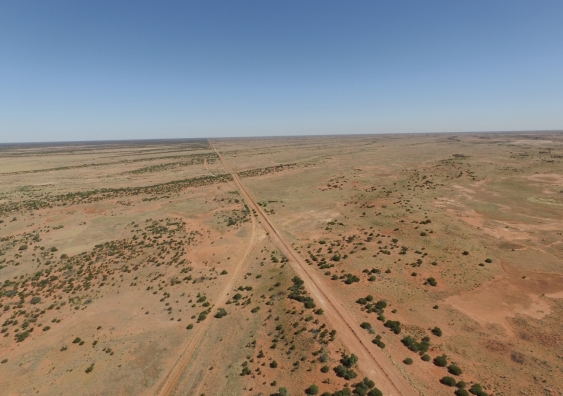 Over the years, the dune fields of the near dingo-free side of the fence have been transformed. Feral fox and cat populations flourished without the competition of a larger predator. In turn the native population of herbivores, such as hopping mice, suffered, and native vegetation cover increased in their absence.

The increased vegetation also altered the patterns of wind flow and sand movement and how the sand settled on the sand dunes. Increased vegetation cover locked down the sand and sediment and allowed the wind to ‘flow’ over the top, creating taller dune peaks. In contrast, on the South Australia and Queensland side of the fence where dingoes were still present, the sand dunes were generally ‘flatter’ and not as tall.

“It extends far beyond a simple predator and prey relationship. It trickles down to even how the wind blows and sand moves in the desert.” 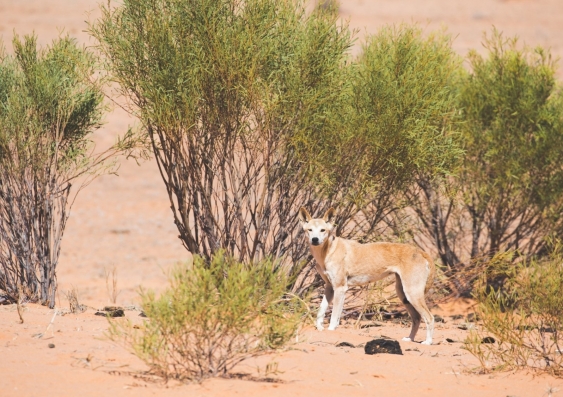 A dingo in the Strzelecki Desert. Photo: Nicholas Chu

“In the absence of dingoes the sand dunes are not only taller but they have different shapes and different roughness properties. It is all interlinked,” says Dr Mitchell Lyons, the lead author of the study. The work was published in the Journal of the Royal Society, Interface.

Dr Lyons introduced drone technology that captured a bird’s eye view of the desert landscape. With the footage, the team could view the landscape from above and put a dot on every shrub.

Combining the high-resolution footage with advanced mathematical modelling techniques, Dr Lyons recreated the desert landscape on both sides of the fence in a detailed 3D reconstruction.

Dr Lyons’ method made it possible to accurately count the density of shrubs and vegetation and measure the shape of the sand dunes simultaneously with greater efficiency compared to traditional fieldwork.

“The great thing about drone imagery is that it is at such a fine scale,” says Dr Lyons.

“So now you can accurately measure the density of vegetation, the shape of the dunes from the 3D reconstructions, and then explicitly test their relationship with statistical models.”

The researchers then compared the data with historical aerial photos from 1948-1999 to track the environmental change. 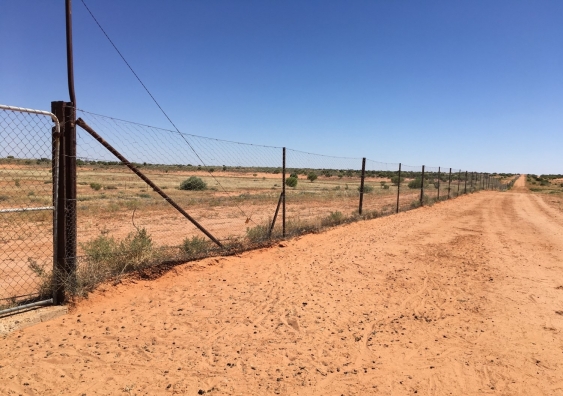 A/Professor Letnic has been studying the dingo population in the region for over a decade and could tell that long term culling of dingoes created by the Dingo Fence had triggered something in the desert landscape.

“When you are there, it feels different and it looks different. But it is hard to put your finger on what it is,” A/Professor Letnic says.

A/Prof Letnic continues: “The Dingo Fence made it possible and because there are 100 years of exclusion, it created a study system. We are beginning to appreciate how far reaching the effects of dingoes are in that system by carefully disentangling and documenting all these relationships.” 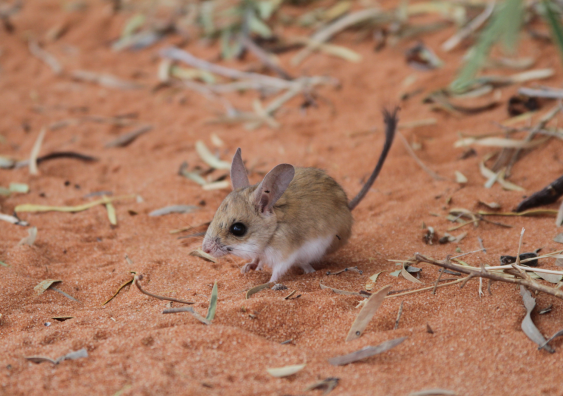 A hopping mouse in the Strzelecki Desert. Photo: Matthew Brun

The Dingo Fence is one of the longest structures in the world, stretching for over 5000 kilometres across the Australian continent and straddling the borders of South Australia, New South Wales and Queensland. The Strzelecki Desert is the seventh largest desert in Australia, known for its expansive dune fields. It is also the home to the endangered Hopping Mouse.