A tiny vehicle equipped with sensors that drives back and forth across bridges to gather safety data could change the way bridges are maintained. 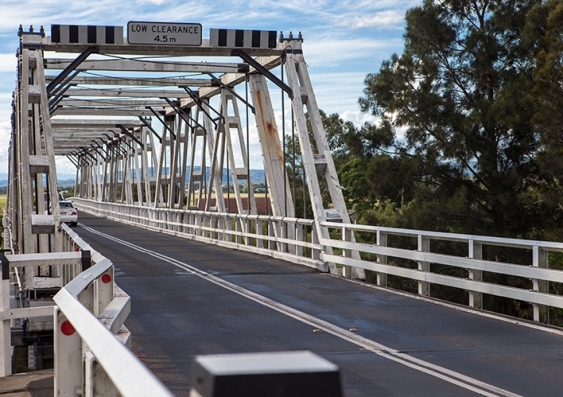 A bridge over the Hunter River near Morpeth, New South Wales. Photo: Shutterstock

You’re a hundred times more likely to die from being struck by lightning than you are from a bridge collapsing.

Which is a morbid way of saying that bridges are generally very safe structures, with the chances of a fatality from a collapse anywhere in the world at one in one hundred million per year.

But as impressive as modern engineering has become, it’s not a perfect science. The collapse of the highway bridge in Genoa, Italy, which claimed the lives of 43 people in 2018, and the 35 people who lost their lives in Melbourne’s West Gate Bridge collapse in 1971 are tragic reminders of the risks involved in public work construction.

Dr Mehrisadat Makki Alamdari is a senior lecturer with the School of Civil and Environmental Engineering, UNSW Sydney. She has spent the last decade inspecting bridges, analysing their data and finding more efficient ways to perform structural health assessments to ensure they remain safe. One of the new projects she is working on is developing a vehicle-mounted sensing system that whizzes across bridges to build a snapshot of their health and safety.

Dr Makki Alamdari says that all of Australia’s 53,000 bridges – from Sydney Harbour to the Swan River and everything in between – are visually inspected at the very least, every year. But increasing volumes of traffic and larger, heavier vehicles have increased the load that bridges now have to bear. More than ever, regulators and governments need to make reliable predictions about bridge safety which require more resources and more funding for their upkeep.

“Around the world we have so many deteriorating bridges which are nearing the end of their service lives, but the various road authorities do not have enough funding to demolish all of these bridges and build them from scratch,” Dr Makki Alamdari says.

The alternative is to extend the life of the bridge by regularly assessing them for public safety and repairing them as required. In Australia this task is shared between local and state governments .

Just how they are assessed varies from bridge to bridge. The most common, low-touch method is to visually inspect each bridge once a year or more regularly as the case dictates. This may be suitable bridges that have relatively low volumes of traffic, but what about a structure like the Sydney Harbour bridge, that is traversed by 58 million vehicles a year, or older bridges in regional areas that now take loads much larger than they were designed for? 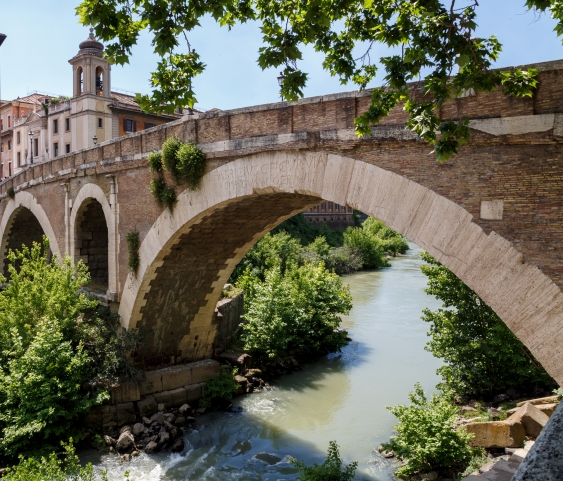 How long do bridges last? That is debatable, but some like the Pons Fabricius in Italy are still going strong after 2000 years of vehicular and foot traffic. Photo: Shutterstock

For the Harbour Bridge and other iconic, large scale bridge structures around the world, authorities rely on a combination of visual inspections, technology like CCTV and special sensors stationed at intervals along the bridge. The sensors provide a continuous stream of data that engineers use to identify any emerging defects or structural weak points.

Dr Makki Alamdari, who prior to working at UNSW was a research fellow for CSIRO analysing data about the Sydney Harbour Bridge, says ultimately this is all about watching for changing patterns in the vibrations picked up by the sensors and then acting when required.

“This approach has been deployed on large, iconic infrastructure like the Sydney Harbour Bridge, and more recently, the Gateway Bridge in Brisbane, as well as many bridges in China and around the world,” Dr Makki Alamdari says.

While this may mean potential safety issues from wear and tear can be identified and acted on early, the system is expensive and involves lots of overheads like cabling, monitoring, electricity load and analysis systems, not to mention replacement of components every couple of years as exposure to the elements takes its toll.

Dr Makki Alamdari says that for a small bridge with a span of 50m, it would cost about $200,000 to install a comprehensive sensing system, but a local council may only have an annual budget for a tenth of this for each bridge.

“It really doesn't make commercial sense to apply this to a large number of bridges. And the problem we are facing in Australia is that many of these deteriorating, shorter span bridges are in regional areas.

“Unfortunately, some overloaded trucks make detours over these regional bridges to avoid weighing stations on more direct routes. This can cause significant damage to bridges in rural areas that aren't built to take these loads.”

So if sensors are too expensive and labour-intensive, and a visual inspection every year could be inadequate, roads authorities and engineers are seeking alternative methods that are sustainable while ensuring safety. 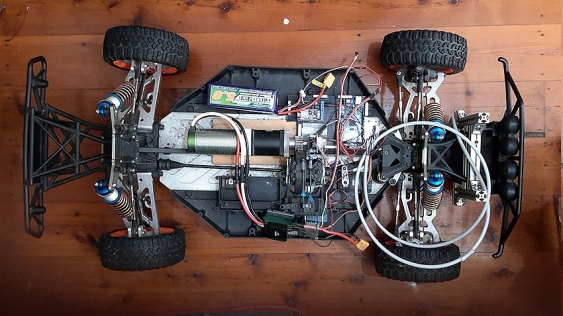 The car is equipped with multiple accelerometer and load cells to measure the dynamic response of the vehicle once it is moving over the bridge. Photo: UNSW

Dr Makki Alamdari is drawing on her expertise in structural health monitoring and vibrational analysis to develop a new mobile technology that strikes a balance between efficiency and economy.

Rather than loading up a bridge with expensive sensors, what if you were to put sensors on vehicles that measure the state of the bridge as they pass over it?

This idea was first floated more than a decade ago and works perfectly on paper, but nobody has demonstrated it in the real world. Dr Makki Alamdari and her colleagues are getting closer to seeing this become a reality.

“My DECRA brief is to come up with advanced signal processing techniques to extract the vibration response of a moving vehicle and then build a data-driven algorithm using machine learning and artificial intelligence to compile a database about key indicators of the bridge's structural health,” she says.

Her team, in collaboration with partners at  Kyoto University (Japan) use a cable-stayed bridge with a span of about 50m, to test a small prototype vehicle.

“The next step in our testing is to gradually introduce artificial damage into the structure of the bridge and verify that our signals reveal this damage, purely by processing the response of the vehicle.”

The custom-built vehicle that Dr Makki Alamdari's team use to carry out their testing looks a bit like a miniature Formula One car.

The car is equipped with multiple accelerometer and load cells to measure the dynamic response of the vehicle once it is moving over the bridge as well as measuring the interaction force between the vehicle and the bridge. There is also a data-acquisition system on-board to log data in real-time. It can reach a speed of 10 metres per second, but for the best outcomes, tests show the vehicle speed should be kept at around 2 metres per second.

“The car will move back and forth many times to collect a rich dataset of the bridge,” says Dr Makki Alamdari. “Once data is collected, they will be analysed off-line in the office to see if there are any anomalies compared to the benchmark state.”

Bridge to the future

It is unlikely that this mobile sensor technology for bridges will be commercially available at the end of Dr Makki Alamdari’s DECRA fellowship two years from now. But so far, it has shown a lot of promise.

“In the laboratory we have proven that we can monitor the health status of the bridge using this technology,” she says.

“But in the field it's always a different story because from my experience working on the Sydney Harbour Bridge I know there are a lot of unexpected challenges. So that's something I'm going to explore and see how much we can narrow the gap between our lab testing and in the field.”

Dr Makki Alamdari is hopeful that mobile sensor vehicles may be commercially available by the end of the decade.

“To get it to the required level involves a lot of work in terms of advancing and tuning the parameters of your algorithm and increasing the sensitivity of your sensors. All those things need to be just right to ensure the technology works in the way we intend.”

Dig this: how to construct Melbourne’s Metro tunnel safely