UNSW climate change researcher Matthew England has been elected a Fellow of the American Geophysical Union, one of the highest international honours in the earth sciences. 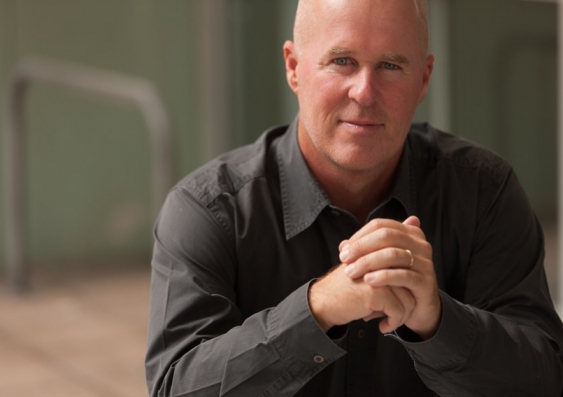 Professor England is internationally recognised for his work in ocean and climate dynamics. Photo: supplied

Professor England, who is based in the Climate Change Research Centre at UNSW and leads the University’s Climate Change Grand Challenge, is one of only a handful of candidates elected to the Union for 2016.

All Fellows are nominated by their peers and have shown “remarkable contributions to their research fields, exceptional knowledge and visionary leadership”.

The competition to become a Fellow is fierce – according to the AGU only 0.1% of AGU members receive the honour in any given year. As part of the fellowship award, Professor England will honoured in the annual Honours Tribute during the next AGU annual conference held in December, which is the largest regular gathering of earth scientists in the world.

"This is a tremendous honour. The American Geophysical Union is the peak US organisation for Earth and Planetary Sciences, with over 60,000 members,” Professor England said.

"To be elected a Fellow is fantastic recognition my work in oceanography and climate science, pretty much all of which has been undertaken here at UNSW."

Professor England is internationally recognised for his work in ocean and climate dynamics. His research has been cited more than 4450 times in international refereed journals according to Thompson ISI Web of Science.

Over the course of his career, he has produced the first successful simulation of Antarctic water-masses in a global climate model, pioneered the use of geochemical tracers to track deep ocean currents and evaluate the skill of ocean models, and revealed the important role that the Indian Ocean plays in Australia’s rainfall, which resulted in a marked improvement in seasonal forecasting.

He has also revealed the large-scale impacts of the Southern Annular Mode on Australia’s climate and discovered an unprecedented acceleration of Pacific trade winds that temporarily slowed global average temperatures in the early 2000s. Significantly, he highlighted how the early 21st Century hiatus period would likely end with a rapid burst of warming.

Professor England has received many prestigious awards for his work, including a Fulbright Scholarship, the Australian Academy of Science’s Fredrick White Prize, the AMOS Priestley Medal, the Banksia Foundation Researcher of the Year Award and two Australian Museum Eureka Prizes, along with four separate research fellowships, including an Australian Research Council (ARC) Laureate Fellowship, an ARC Federation Fellowship and an ARC QEII Fellowship.