The native species has reached numbers that are contributing to drier soil and less vegetation – and may be more damaging to conservation areas than rabbits. 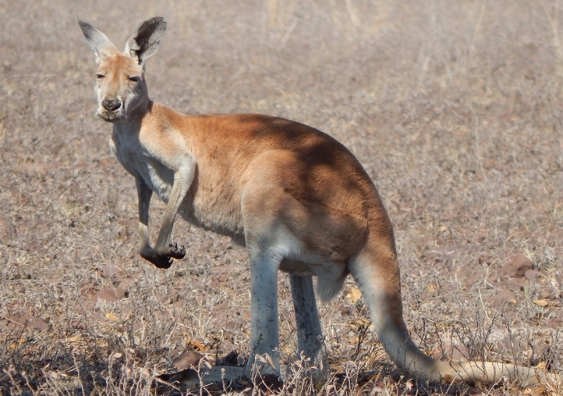 As a native animal, kangaroos aren’t typically considered a threat to Australian vegetation.

While seen as a pest on farmland – for example, when competing with livestock for resources – they usually aren’t widely seen as a pest in conservation areas.

But a collaborative study led by UNSW Sydney found that conservation reserves are showing signs of kangaroo overgrazing – that is, intensive grazing that negatively impacts the health and biodiversity of the land.

Surprisingly, the kangaroos’ grazing impacts appeared to be more damaging to the land than rabbits, an introduced species.

“The kangaroos had severe impacts on soils and vegetation that were symptomatic of overgrazing,” says Professor Michael Letnic, senior author of the paper and professor in conservation biology and ecosystem restoration at UNSW Science.

“Not only did the areas grazed by overabundant kangaroos have fewer species of plants, but the soils were depleted in nutrients and were compacted – which means that less water can be absorbed by the soil when it rains.”

The findings, published late last year in Global Ecology and Conservation, are based on fieldwork conducted in conservation areas during the drought in 2018. The researchers made observations across four conservation reserves in semi-arid parts of the country.

While kangaroos and rabbits can roam freely in these areas, each reserve has several small ‘exclosures’ – fenced sections designed to keep unwanted animals out – to help native vegetation regenerate. These areas excluded either rabbits, kangaroos, or both. 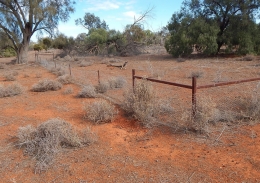 The team compared the health of the soil and vegetation inside the exclosures with the areas outside. They looked for signs of land degradation specific to each species and monitored animal populations in the area.

Kangaroos were the most populous herbivore across all reserves.

“We tend to think of kangaroo grazing as a natural process because they’re a native species, but there are now too many kangaroos in conservation reserves,” says Prof. Letnic. “Their grazing can be detrimental for biodiversity conservation.

“We need to start thinking about developing strategies to restore the balance and reduce the adverse impacts of overgrazing – particularly during times of drought.”

Dr Graeme Finlayson, SA Arid Rangeland ecologist for Bush Heritage, says overgrazing had dire implications for other native species who rely on vegetation cover and associated food resources to survive. Bush Heritage owns and manages Boolcoomatta Reserve, one of the conservation sites included in this study.

“One of the key species that is likely to be impacted by overgrazing is the critically endangered Plains Wanderer (Pedionomus torquatus), of which there are less than 1000 left in the wild,” he says. “Despite sighting three birds at Boolcoomatta in May 2019, monitoring on the reserve has failed to detect any birds since then.

“Overgrazing and then a two-year drought which have greatly reduced cover and food resources are likely to be key drivers behind this.” 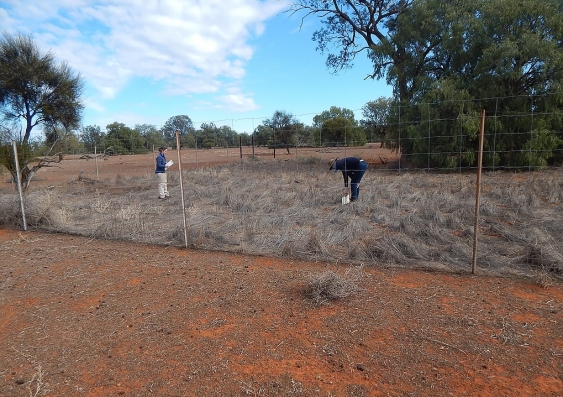 The contrast in vegetation coverage can be seen with this kangaroo exclosure at Yathong Nature Reserve. Photo: Mike Letnic.

A dry and delicate ecosystem

Ecosystems are fragile and can be thrown off-balance by an overabundance of one species.

For example, kangaroo overgrazing leads to a lower plant diversity – and fewer plants means less food and shelter for other animals.

Dr Charlotte Mills, lead author of the study and visiting fellow at UNSW Science, hopes that this study paves the way for future research into how threatened species might be affected by kangaroo overgrazing.

“There isn’t a lot of research about how kangaroos differentially affect different parts of the ecosystem,” she says. “A lot of past research has focused on rabbits.”

The team found that rabbits still had negative impacts on the land – for example, there were more woody plants in exclosures that rabbits couldn't get to – but not to the same degree as kangaroos.

“Rabbits and other introduced herbivores like goats are often considered the main contributor to overgrazing in Australia,” says Dr Mills.

“But we found kangaroos had a greater impact on the land – and on the grass in particular.”

Human intervention is a key contributing factor to the growth of kangaroo populations.

“We’ve been making it easier for kangaroos to thrive.” 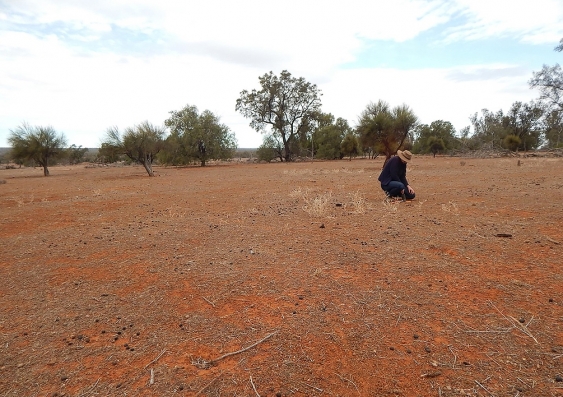 Overgrazing can lead to compacted soil, which makes it harder for the land to absorb water when it rains. Photo taken at an open grazing area in Yathong Nature Reserve during the study. Photo: Mike Letnic.

Conservation reserves help protect native vegetation from threats like grazing from livestock or introduced species like rabbits or goats.

The findings suggest native species might need to be kept in check, too.

“If we aren't managing threats that have been exacerbated by human activities – such as overabundant kangaroo populations – then we're not using conservation areas in the best way that we can,” says Dr Mills.

Prof. Letnic says that while kangaroo populations on farms have been managed for 100 years, they have generally been unmanaged on conservation reserves.

“This research changes thinking by suggesting it's time to ask some questions,” he says. “We need to ask whether there are too many kangaroos and if they're having unacceptable impacts on our conservation reserves.”

Dr Finlayson says it’s a difficult balance to get right, but a humane and science-led approach is best for the entire ecosystem.

“Reducing total grazing pressure clearly has great conservation benefit but can be a challenging issue when this requires the management of native species, such as kangaroos,” he says.

“We need to make sure we have a landscape-wide strategy, working across government, conservation and agriculture, to ensure we tackle this problem together, and in the most humane way possible.”