Invoking Hollywood paranoia about a "robopocalypse"' when talking about robots' role in waging war could hold back life-saving technology, writes Jai Galliott. 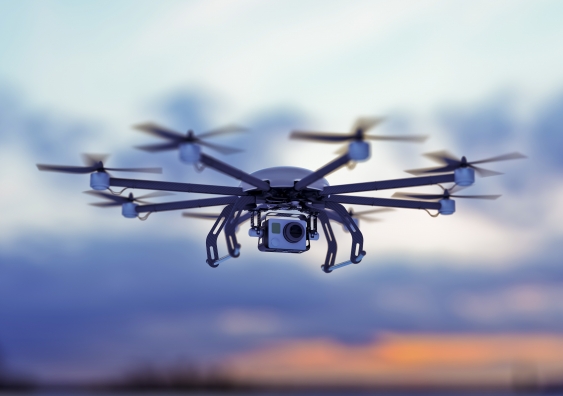 The United Nations will debate a ban on drones in warfare this month. Image: iStock

OPINION: As the Australian Defence Force prepares to buy armed drones, anti-drone campaigners continue to lobby for a moratorium on lethal autonomous weapons systems. The contracting parties to the Geneva Convention on Certain Conventional Weapons at the United Nations are to reconvene and discuss such a ban this month. At home, the Senate's foreign affairs, defence and trade committee has launched an inquiry into the efficacy of what they term "unmanned systems" and the relevant policy considerations. However, the main arguments in favour of a ban are unsound and the fear of "killer robots" is unfounded.

Many drone critics fail to recognise two things. The first is that, alongside the Australian Army's use of RQ-7 Shadow drones and the air force's use of autonomous Heron drones, the navy has successfully deployed highly automated weapons in the form of close-in weapons systems (CIWS) for many years. Designed to provide surface vessels with a last defence against anti-ship missiles, these systems are essentially guns that can fire thousands of rounds of ammunition per minute, either autonomously via a computer-controlled system or under manual control. When engaged autonomously, CIWS perform functions normally performed by other systems and people, from search, detection, threat assessment, acquisition, targeting and target destruction.

The second is that while it is clear that the next generation of more sophisticated autonomous weaponry is coming, there is little to pundits' claims that we will soon see the development of highly intelligent Terminator-style robots that will be: (a) too autonomous for us to hold a human responsible for any resulting war crimes and (b) not autonomous enough to blame the robot itself. While the media might be forgiven for promoting such images, when the International Committee of the Red Cross and groups such as the Campaign to Stop Killer Robots invoke Hollywood paranoia about a "robopocalypse" during UN discussions that could have repercussions here in Australia and hold back life-saving technology, we need to ask some serious questions and reach a much more realistic conception of machine "autonomy".

Professor Ronald Arkin, of the Georgia Institute of Technology, summarises the matter well in stating that "we are not talking about systems with free will or moral agency – those will not exist any time in the near future, if ever". Once people understand that any system we can conceive of today - whether or not it is capable of "learning" - is the product of programming and artificial intelligence programs that trace back to its programmers and system designers, we are left with a clearer but no less significant debate about how we should regulate and govern robotic systems that could still act unpredictably in complex operating environments likely to involve innocent civilians and the integration of network-linked war fighters.

Like any weapon of war, autonomous systems must comply with the Law of Armed Conflict, according to which there are two pertinent requirements. They must have the ability to discriminate combatants from non-combatants and determine whether an attack is proportional to the military aim. In other words, a weapons system must be able to identify enemy soldiers, tanks, planes and so on and have some way of computing the value of a particular attack. Current systems can meet these requirements only in certain circumstances, namely where those deploying them can confirm with near certainty that incoming objects are hostile and thus legitimate targets. In such cases, there is no reason to object to their use, just as few would criticise the use of a CIWS aboard a navy ship deployed far out at sea.

Difficulties arise when we investigate the use of systems that are more "semi-autonomous" in nature, or at least operated in that mode due the abovementioned constraints. That is, those systems where there is a human in the loop. The worry here is that the degree of technological mediation introduced may negatively influence decision-making in war. This might be because operating a weapon half a world away from one's target fosters a PlayStation-type mentality or simply because operators develop a cognitive dissonance in making the daily transition between conflict and home life. It could also be that the technology, as good as it may be, is incapable of conveying the true reality of what is unfolding on the ground. Either way, it is strategically unwise for the Chief of the Air Force to have commented that there is "little difference between the use of an armed RPA [drone] and a manned platform". While existing laws are capable of dealing with any transgressions in these situations, we need to explore how engineers, social scientists and the armed services can encourage ethical conduct and get the most out of these systems.

Others are concerned about making war more likely and losing the "hearts and minds" of local populations, but we are in the unique position of being able to learn from the American drone experience. The proper strategic management of unmanned systems can offset these risks in an Australian context. It must also be remembered that as we progress into the 21st century, it will become increasingly important for Australia to move away from its outdated maritime-focused defence strategy and develop robust autonomous systems that can save lives, reduce costs and seamlessly integrate with new and existing land, sea, air, cyber and outer space assets for the provision of effective defence under what Alan Dupont has termed a "full-spectrum defence strategy". Overall, there is great utility in "killer robots" and they need not be such bad news.

Dr Jai Galliott is Research Fellow in Indo-Pacific Defence at UNSW and an expert on unmanned systems. He is author of Military Robots: Mapping the Moral Landscape.

F-35 as useful as a knife in a gun fight