Popular as gondolas in ski-fields around the world, cable cars are increasingly used for mass transit in progressive cities. Is this the future for Australian cities? 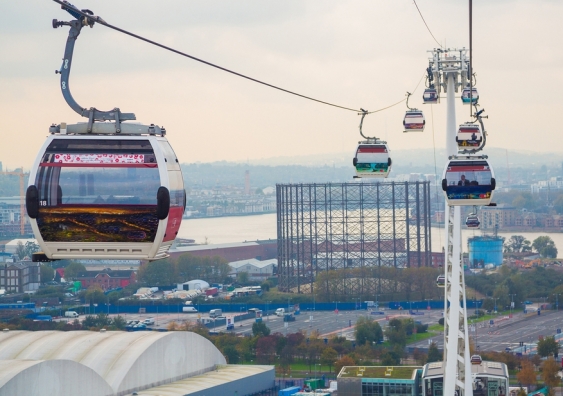 Sections of cities all over the world are being demolished to meet increasing demand for transport infrastructure. The process of building new roads, harbour crossings, metro systems and light rail lines seems unending. Large-scale construction includes loss of public space, housing and backyards.

Historic suburbs, such as Sydney’s Haberfield, have suffered. And then there’s the issue of cost blow-outs and traffic gridlock. There are rumblings, too, about environmental impacts and equity of access. But there is actually one public transport option that can mitigate many of these concerns: cable cars.

Cable cars now grace many urban skylines, including some of the world’s most populous, congested and poorest cities, such as Colombia’s city of Medellin, but also the US city of Portland. These cities have integrated cable cars with existing transport networks. The newer versions are cheap, quick to build and solar generating. Perhaps it’s time for Australia to start looking skyward for solutions.

What are cable cars?

Cable cars are also known as aerial trams, gondolas, wires or ropeways. They are well known at ski resorts, but some cities are now including them as a form of public transportation. A pioneering example is the Colombian Medellin Cable, built in 2004. This was the first in the world to be fully integrated into the urban public transport system. 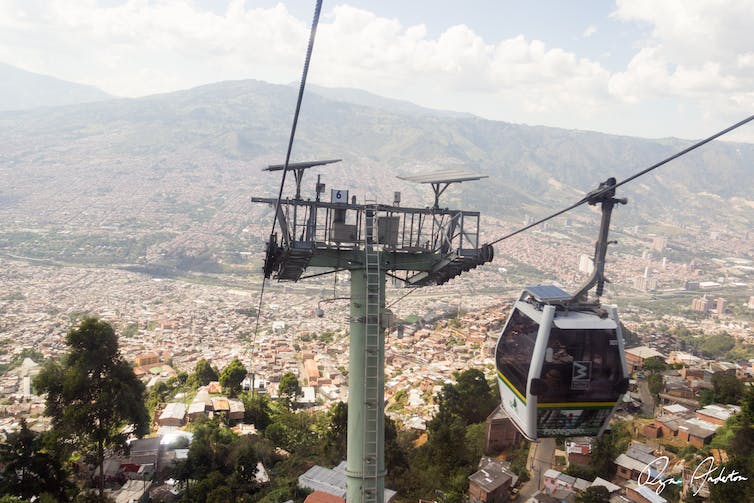 The Medellin Cable has been credited with helping reduce the high crime rate in the Colombian city. Ryan Anderton/Flickr, CC BY

Medellin triggers images of modern-day gangsters (including the drug baron Pablo Escobar) and high murder rates. But in 2016, the city won the Lee Kuan Yew World City Prize for extreme reduction in violent crime. This was attributed to a multi-targeted approach to sustainable urban redevelopment, with a focus on accessible transport.

The cable car was the main feature of this transport system. This has improved the lives of many in the poorer parts of the city by providing transport out of impoverished areas to employment and other opportunities.

The Mexicable in Mexico’s city Ecatepec in Morelos, opened in 2016. The journey, which spans 4.8 kilometres, used to take over an hour on the roads below. Now up to 30,000 passengers a day travel along the route of 17 minutes. It is solar powered and cost just A$US72 million to build.

With a limit of ten people per car, commuters feel safer. One explained:

bandits go after buses but leave the cable cars alone.

Cable cars are equipped with high-tech surveillance security, including cameras.

Another commuter, a woman this time, told Al Jazeera:

most of all I like the feeling of security … when travelling by bus I never know what my children would experience.

There are many other recent examples of urban transit cable cars including the Portland Arial Tram in the United States, built in 2007. Each of the tram’s two cabins has the capacity to hold 79 people.

The aerial tram travels a journey of just over 1km and cost US$57 million to construct. In comparison, a 1.6km stretch of an urban four-lane freeway costs US$60-$300 million. Cable cars require less land, less infrastructure and are quick to build.

There is also the Telepherique de Brest in France, completed in 2017. There are plans for an 11km cable car for Santo Domingo in the Dominican Republic and a 10km span for Istanbul, Turkey. 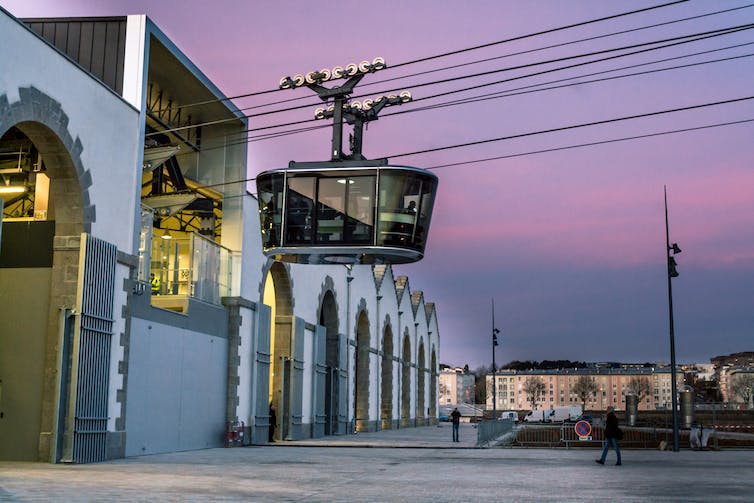 The Telepherique de Brest was completed in 2017. Wikimedia Commons

Australia could be next

According to Stephen Graham, a cities professor at the UK’s Newcastle University, city planning has traditionally tended to occupy a horizontal plane and adopt a flat perspective.

A geographer at University College London, Andrew Harris, considers this horizontal thinking as somewhat ironic, given that the 21st century’s urban age “has stimulated and necessitated three-dimensional urban growth with the construction of new overhead and underground infrastructure…”

We need to think three-dimensionally, and look skyward as well as underground. While the cable car industry is currently in a selling frenzy in cities all over the world, Australian cities have not engaged with this form of urban public transport.

Cable cars in Australia are mostly found in the ski fields or as tourist attractions. Those in the planning stages also follow the tourism model (such as for the Mount Wellington Cable Car in Hobart) rather than contribute to mass transit.

Cable cars are not constrained by the urban landscape and require minimal land or property acquisition. They are capable of providing mobility where other technologies are unworkable at street-level. Many are built over existing main roads and provide a direct public transport option to sitting in traffic. Most modern examples are user-friendly and easily accessible. The Mexicable has wheelchair access at every station.

Just think how Australian cities might be transformed. Imagine highly congested urban transport routes with an aerial tram moving almost silently, high above. This is the reality for an increasing number of urban commuters, globally.