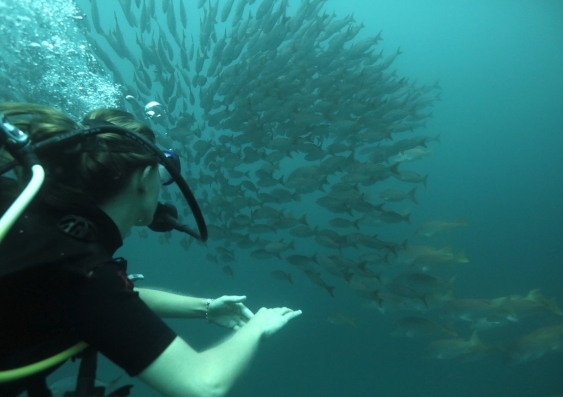 A passion for reducing single use plastics has taken Martina de Marcos back to her family’s South American roots and beyond, changing people’s attitudes to plastic waste.

Her studies have already helped her find work as a project manager at Asia Pacific Waste Consultants, a waste management solutions company whose work includes auditing waste in developing countries – particularly islands such as those in the Caribbean and the Pacific.

But it is clear Ms de Marcos’ passion for ridding the world of plastic pollution started much earlier, when she was a child in Argentina.

“My Grandad grew up in a zoo in Argentina, so when I was a kid, he would always tell us stories about the monkeys, hippopotamus, giraffe and animals like that – his stories really stuck with me,” she said.

“And Mum, she loves the ocean and we would spend all of our summers at the beach in Cariló.

“Dad loved the outdoors too and took us for adventure running races. So, I’ve always loved nature.”

Banning the bag in Panama 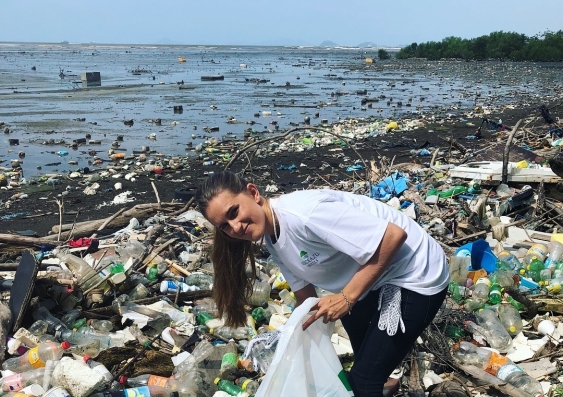 The quintessential Aussie passion for the beach clearly runs in Ms de Marcos’ veins – she was born in Melbourne but moved with her parents to their homeland of Argentina when she was one year old.

She visited Australia when she was 18 and loved it so much, she now calls the Northern Beaches her home.

And it’s the beach where Ms de Marcos has taken the fight to plastic pollution, one remote island community at a time.

Her activism against single use plastics began when she volunteered for the United Nations Environment Programme in Latin America and the Caribbean as a consultant on marine litter prevention projects between 2016 and 2017.

“We were working, together with the government and industry, to get a law passed to ban single use plastic bags across Panama,” Ms de Marcos said.

“It took a lot to get that passed and it almost didn't happen, but it was random how it started from one of my talks with students where I encouraged them to educate others about plastic pollution.

“A student’s uncle was a politician, and what she learnt shocked her uncle and inspired him to draft a proposal to ban the bag.”

The law passed in 2018 and came into effect in July this year, when Panama became the first country in Central America to ban single use plastic bags. 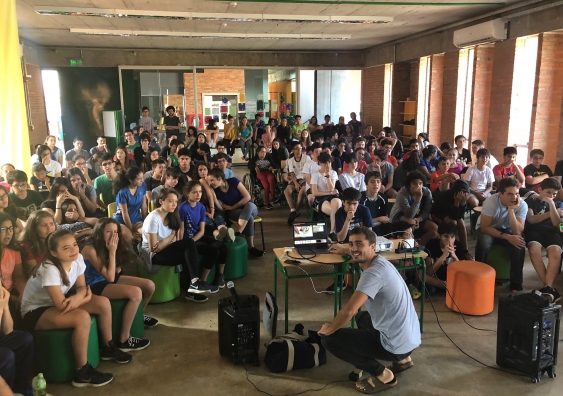 Martina de Marcos and partner Ezequiel Bonomi take the Limpiando el Mundo - “Cleaning up the World” - campaign to a school in Asuncion, Paraguay.

Ms de Marcos' work on the Panama campaign drove her to found her own: Limpiando el Mundo – “Cleaning up the World” – in 2017.

The crowdfunded initiative took her across 11 Latin American countries last year, from Mexico to Chile, where she led presentations and workshops about marine litter.

Ms de Marcos said it was important to create awareness and encourage change in remote communities about the negative impact of plastic pollution on the environment.

“Latin America is starting to wake up about this huge environmental problem and there's a lot of talk now about plastic pollution,” she said.

“The big cities get that information quickly but in remote places, this message will hardly or never reach them.

“Another problem with remote places is a lack of waste management – rubbish just gets thrown in the river, the ocean, or burnt – so it was important for me to get the message to them.” 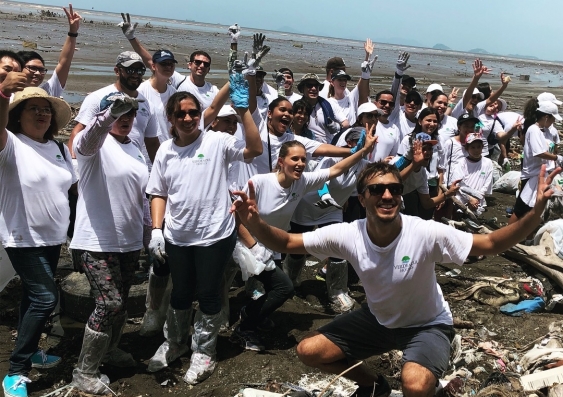 Ms de Marcos estimates she reached more than 15,000 people with her talks in forums as diverse as schools, government offices, law enforcement headquarters and community organisations.

“Some places were really amazing and were very thankful,” she said.

“My message had a big impact in Puerto Cortés, a small city in Honduras, where they gave us snacks in Styrofoam containers during one of our talks.

“They were so embarrassed about the Styrofoam, but one of the participants worked for the local government and told me she would work to ban single use plastics.

“The ban happened this year, so that was really amazing.”

Ms de Marcos even recruited her partner Ezequiel Bonomi, a former accountant, to join her campaign against single use plastics after he attended one of her presentations.

“I’ve always talked to him about these things, but he never paid much attention – I’d be cleaning up rubbish from the beach and he would think I was crazy,” she said.

“But after he saw me give a talk, he wanted to do something because he understood the huge problem we have.

“He’s a surfer and loves the ocean and thought it was a great opportunity to give back to the world.” 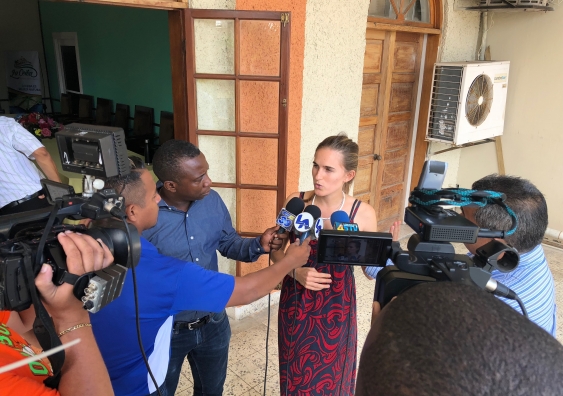 Martina de Marcos addresses the media about her campaign against plastic waste in Puerto Cortes, Honduras.

For now, Ms de Marcos, with Mr Bonomi, is devising education guides for teachers about plastic pollution and helping to draft legislation to ban single use plastics in Argentina.

They have no immediate plans to take the Limpiando el Mundo campaign to other countries, but Ms de Marcos is happy to have found a job where she can continue her passion for helping remote communities to reduce plastic waste.

Disposable nappies were banned in Vanuatu – believed to be a world first – after a waste audit by her employer, Asia Pacific Waste Consultants, found that 27 per cent of the country’s waste stream was nappies.

“I was lucky to meet people from APWC when I was doing interviews for my master’s and that's how I ended up working in the industry that I love,” Ms de Marcos said.