Opinion Massive storms are pumping pollution into our oceans: time to clean up our cities

The storms that have lashed Australia’s east coast are not just a threat to lives and property, but also to our marine wildlife, write Katherine Dafforn and Emma Johnston. 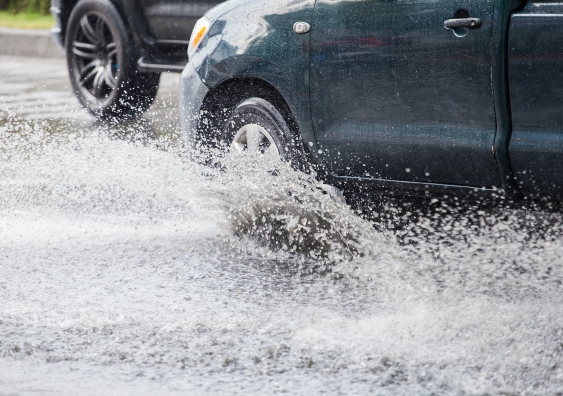 The massive storms that have lashed Australia’s east coast over the past few days are not just a threat to lives and property, but also to our marine wildlife.

The increasing urbanisation of our coastlines, and proliferation of impervious surfaces, has meant that up to 80% of stormwater now runs rapidly into a dense underground network of drains.

These drains act like an expressway for pollution and debris in our cities, roads, gutters and gardens, sending a cocktail of contaminants directly into the aquatic ecosystems that lie at the end of the pipe.

Earlier this year, Newcastle recorded its wettest January day since 1862. In 2015, New South Wales experienced a “once in a century” storm event.

These storms along Australia’s east coast originated mainly from naturally occurring low-pressure systems, which may become less frequent but more severe in the future. Worldwide extreme weather events are becoming more common, with about 18% of heavy precipitation events attributed to global warming.

Australia is not the only country receiving a drenching. Torrential rains have hit Texas twice this year, breaking records in May and unleashing two 100-year storms in less than a week. Louisiana and Mississippi have been placed on flood watch.

Across the Atlantic, Europe is also emerging from receding flood waters, with the River Seine in France at its highest levels since 1910 and southern Germany battered by thunderstorms, hail and flash flooding.

Stormwater is a mixture of rain and any dissolved or solid pollutants carried along with it. The excess water flowing along streets and gutters picks up litter, oil and grease, and metals. Run-off from parks and gardens introduces fertilisers, pathogens, pesticides and soil.

In Sydney Harbour it has been estimated that more than two-thirds of the pollutantsentering the waterway do so via stormwater drains, creating hotspots of pollution with concentrations 20 times higher than natural levels. More than 80% of the city’s catchment is covered by concrete, increasing the volumes of stormwater run-off.

When stormwater reaches a waterway it represents a significant ecological risk. Together with international colleagues, we have been investigating the impact of stormwater pollution on ecological communities large and small, including changes to the number of species, nutrient cycling, and the release of toxic compounds such as ammonia, nitrous oxide and hydrogen sulphide.

Mobile animals such as fish and crustaceans may be able to avoid pollution by temporarily moving. But other aquatic organisms such as seaweeds and animals that anchor to rocks are more vulnerable. If they don’t die from the exposure, they may accumulate significant concentrations of pollutants within their bodies.

In stagnant or poorly flushed waterways, the risk of exposure is greater as pollutants tend to linger in the water and become bound to sediments where they act as an ongoing stress.

A big question is what happens when ecosystems are exposed to many different pollutants. Some studies suggest the impacts will be greater than the sum of the individual pollutants.

The solution to stormwater run-off is to build better: to design and construct cities to protect waterways such as rivers, manage stormwater and also make them liveable for people too. This approach is known as water-sensitive urban design.

One example is the large underground water tanks that collect stormwater to be reused for irrigation at Sydney’s Barangaroo Reserve.

You can help at home too by retaining vegetation, installing rainwater tanks, clearing excess leaf litter and debris from guttering and driveways, and reducing the use of pesticides and fertilisers on gardens. Rainwater tanks have proven particularly successful at capturing all stormwater for reuse in toilet flushing and irrigation.

While we need to clean up our waterways, we also need to make sure that enough water and organic matter are flowing through our rivers and into the oceans. Getting the balance right will make for better cities and healthier oceans.

Things that go bang: 7 tips on helping your pet cope this storm and firework season