Geneticists have now firmly established that roughly 2% of the DNA of all living non-African people comes from our Neanderthal cousins, writes Darren Curnoe. 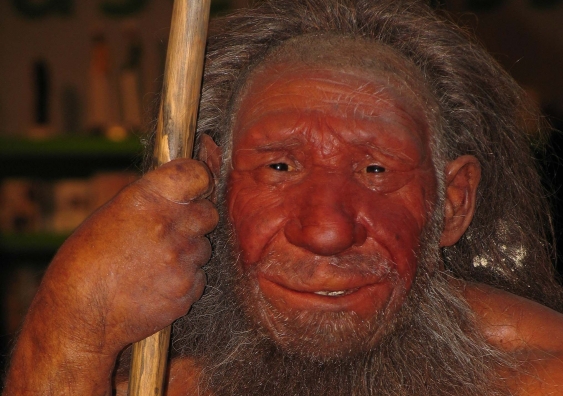 OPINION: Geneticists have now firmly established that roughly 2% of the DNA of all living non-African people comes from our Neanderthal cousins.

It’s difficult to imagine why our early ancestors would have mated with them. Neanderthals were a different species to us, after all, and the thought of it seems distasteful to us today.

Hindsight is a wonderful thing, of course, and armed with so few facts about the circumstances surrounding this interspecies dalliance, we mustn’t be too quick to judge.

Still, scientists are learning a great deal now about how active this Neanderthal DNA is in our bodies and the role that it might be playing in determining how we look and behave as well as our susceptibility to certain diseases.

One of the very first features suggested as having a Neanderthal origin was red hair. A set of Neanderthal genes responsible for both light hair and skin colour was identified by geneticists more than a decade ago and linked to human survival at high-latitude, light-poor regions like Europe.

Because the Neanderthals had lived in Europe for several hundred thousand years, it was reasoned that natural selection gave them light skin and hair colour, helping to prevent diseases like rickets from occurring.

But as is so often the case in science, the situation is far more complicated than most of us would have imagined. Red hair wasn’t inherited from Neanderthals at all. It now turns out they didn’t even carry the gene for it!

Red hair is a uniquely human feature, according to a new study by Michael Danneman and Janet Kelso of the Max Planck Institute for Evolutionary Anthropology and published in the The American Journal of Human Genetics.

It’s striking and paradoxical that half of all the Neanderthal genes in our genome play a role in determining skin and hair colour. Yet this new research shows us that Neanderthal genes have no more influence over these features than the unique human genes we carry for them.

What does all of this mean? Well, over time, tens of thousands years in fact, natural selection has produced a fine balance between Neanderthal and human genes for these features. We might think of lightly skinned and haired people today as having the best bits of both genomes for these traits.

It’s no longer such a novelty that our ancestors interbred with archaic humans like the Neanderthals.

Some of the other skin colour genes inherited from Neanderthals include one associated with both the ease with which people tan and the incidence of childhood sunburn.

Another surprise for me in this new study was the role that Neanderthal genes play in human sleep patterns, as determined by the body’s circadian rhythms. The natural cycles of night and day, and their length, which vary enormously with latitude and season, are strong influences over our circadian rhythms.

Danneman and Kelso searched for a link between latitude and the prevalence of a Neanderthal form of a gene (ASB1) which plays a role in determining whether you are an "evening person", and is associated with the need for daytime napping as well as being tied to narcolepsy.

It turns out that non-African populations living far away from the equator today show a higher prevalence of ASB1 than people living close to it.

Human circadian rhythms are medically important because of the well-known 24-hour variation in blood levels of glucose, insulin and leptin, which controls our appetite. Clock variability underpins short sleep episodes, sleep deprivation and poor-quality sleep, which have all been associated with diabetes, metabolic syndrome, increased appetite and even obesity.

Some of the other newly discovered Neanderthal genes in the human genome are linked to body height in adults as well as the stature reached by children at 10 years of age, pulse rate, and the distribution of fat in the legs.

Other Neanderthal genes apparently help determine our mood, as influenced by our exposure to sunlight, or even whether we like to eat pork or not.

It’s no longer such a novelty that our ancestors interbred with archaic humans like the Neanderthals. No more lame jokes from me about "shagging the ancestors"!

Their decision to mate with the Neanderthals, what ever the reason, continues to reverberate after tens of thousands of years. Neanderthal genes are playing a very real role today in influencing how we look, feel and behave, including even some commonly suffered diseases often linked to a Western lifestyle and diet.

All of this reinforces once again how remarkable and surprising our evolutionary history as a species truly is. And it brings into sharp relief the very real importance of our evolution for a proper understanding of many of the challenges humankind faces globally today.

Darren Curnoe is Associate Professor at UNSW and Chief Investigator at the ARC Centre of Excellence for Australian Biodiversity and Heritage at UNSW.