The only way is... down! Why underground urban development is on the rise 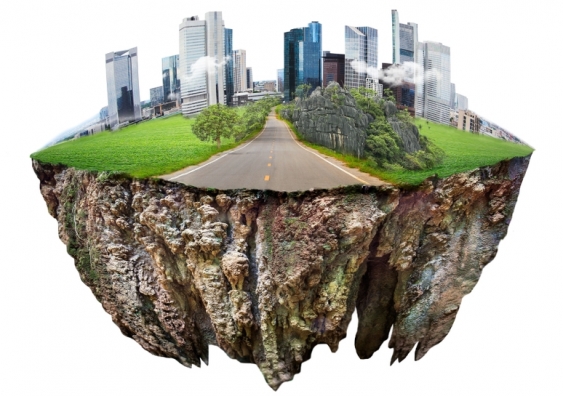 Underground urban developments are becoming ever more important in cities around the world, due to the shortage of space above the surface. Photo from Shutterstock

It may come as something of a surprise, but Helsinki is widely regarded as the world leader when it comes to building underground.

The capital of Finland is home to only 650,000 people and therefore not under nearly as much pressure in terms of population density in its urban area compared with cities like Manilla, or Paris, or Singapore, or Sydney.

But Helsinki is growing – and it has decided it wants to grow down, not up or out. Which is why, in 2016, it became the first city anywhere in the world to publish a specific Underground City Plan which laid out proposals for an integrated development that would include shops, office space and recreational facilities, as well as transport, parking, water and energy supply, and waste management.

The underground master plan allows control over the location of significant new underground facilities and traffic tunnels and their interconnections.

Planning for the urban underground

It is exactly this kind of planning that UNSW geotechnical engineering expert Dr Asal Bidarmaghz says is vital if much-needed underground urban developments are to prove a long-term success in Australia and elsewhere around the world.

“We can build a lot of infrastructure that a city might need underground, but it requires very precise planning,” says the lecturer from the School of Civil and Environmental Engineering.

“We have tried to go as high as we could without a long-term vision of its impacts on climate-related issues such as urban heat island effects. There is actually plenty of underground space available under most fully urbanised cities for various usage and energy-supply purposes. However, similar unsustainable practices as for the above ground will lead to more disastrous consequences in the urban underground given its confined environment.

“There are many researchers around the world working on the logistics of urban underground development and it requires a lot of resilience and planning to ensure it is sustainable,” Dr Bidarmaghz adds.

“Look at Sydney as an example. We are constructing a lot of tunnels, but are we considering what happens in 50 years and how we might want to utilise that underground space in the future and connect it to the above-ground built environment? Lack of planning of underground development will indeed hinder how we can develop the entire underground infrastructure in future.” 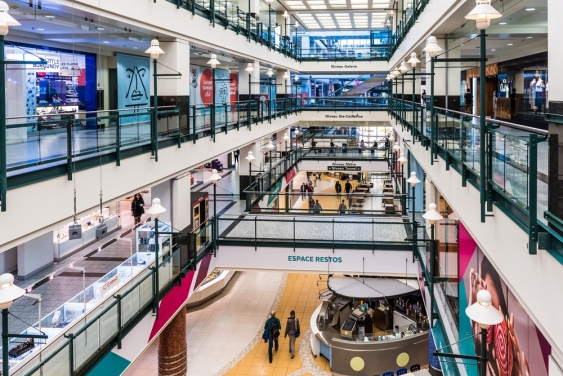 Montreal in Canada has a large shopping complex beneath the surface known as La Ville Souterraine, or the Underground City. Photo: Shutterstock.

Dr Bidarmaghz believes many cities around the world will increasingly attempt to utilise their underground space for development given the fact that land is often at a premium above the surface.

Instead, certain specific facilities are likely to be identified as much more suitable for underground developments, while living completely below the surface like a mole would remain the stuff of science fiction.

“I think it’s unrealistic at this moment to think we could have an identical city just completely underground, mainly due to the technological and logistical challenges of maintaining the much-needed interactions and commute between above and underground environment,” Dr Bidarmaghz says.

“You might see that in a movie, but in those cases they usually don’t have any infrastructure above the ground they need to interact with or commute to, while for us we always need to think of the ways to get back above ground whenever we want.

“In my opinion, we should be thinking initially for those underground developments to be used for things like retail, shopping centres, cinemas, maybe even some office space – places where you go just for a few hours and then come back to the surface. Just doing that actually frees up a lot of space above the ground.”

Logistics of living below the surface

Dr Bidarmaghz admits there is also a psychological aspect that might prohibit the development of extensive underground housing.

“Human nature is such that people like to see the sun, see the sky, feel the fresh air. Thinking about a whole town or city underground is also maybe quite scary for people,” she says.

“In terms of housing, people think that living underground would be like living in a cave. In fact, it can probably be quite pleasant if you dug down 30m and had a 10m ceiling and lots of lightwells, but that’s probably just for quite luxurious dwellings that would not be available to a general population.

“Therefore I don’t think having a whole community of people living below ground is really acceptable to the general public right now.

“For a whole community to be underground, we also need to consider evacuation and emergency exits, so the logistics become very different when we think about using the underground on that much larger scale and for human habitation.”

One benefit of living underground, though, is to escape extreme temperatures – either hot or cold – above the surface. A famous example is Coober Pedy in South Australia where below-ground dwellings and even subterranean churches were built by opal miners in the early 20th Century due to the mercury regularly topping 40 degrees during the summer. 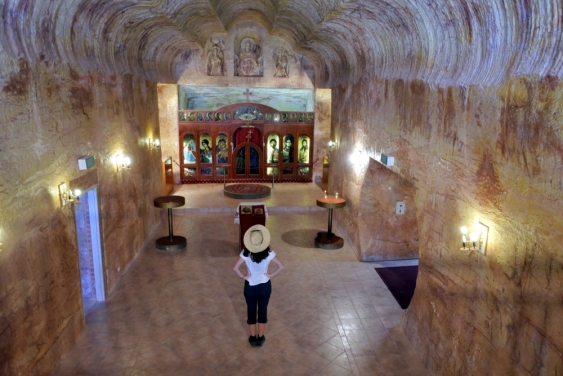 Coober Pedy in South Australia is famous for its below-ground dwellings built by opal miners and even boasts a number of underground churches. Photo: Shutterstock.

Research suggests that living 5-10m below the surface provides a relatively stable climate with comfortable temperatures throughout the year, for example around 18 or 19 degrees in most Australian cities.

“There are some initiatives in Western Sydney with regards to underground developments because they often suffer from some very hot temperatures and they are looking for a way out of that and for a solution,” Dr Bidarmaghz says.

Dr Bidarmaghz’s own specific research looks into the sustainable and resilient utilisation of underground structures and geo-energy resources. She has helped create new methods and tools for predicting the ground temperature and groundwater distributions at high resolutions in the presence of underground heat sources and sinks.

And that sustainability is also key when it comes to planning underground urban developments for the future. 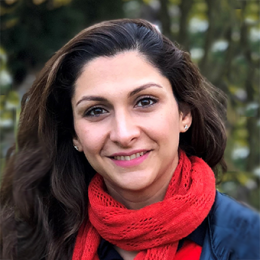 “At the moment, we are warming up the urban subsurface significantly and if you continue doing that then it’s not sustainable – it’s like global warming for the underground,” Dr Bidarmaghz explains.

“The heat is building up, but we can potentially harvest that heat and then use it for above ground spaces energy demand. That can also then help with energy inequality and fuel poverty in some areas of big cities and bring thermal balance back to the subsurface.

“Overall, we just need to minimise the changes we are making from an environmental point of view when building underground and to ensure that it is sustainable in the long-term.

“We are actually affecting the urban underground climates and that is something that is often not considered in the design process of underground infrastructure. But look at London... in the summertime using the underground tube system is often very uncomfortable because the ventilation systems don’t really work and it just gets way too hot.

“So we can see that there are consequences. Therefore we need to try to not make the same mistakes we’ve done above ground and just overuse the space without thinking of the effects.”

Decreasing temperature and energy poverty in our cities