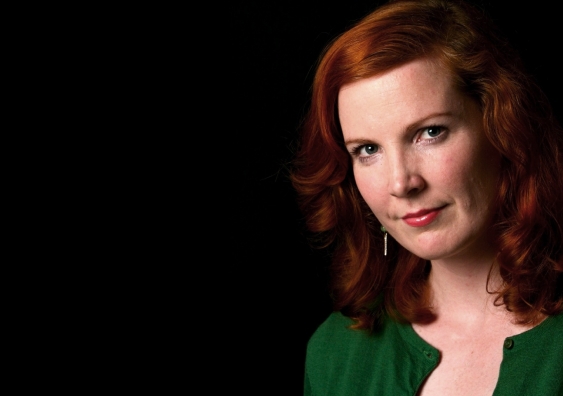 Kate Crawford will present the Wallace Wurth Lecture as part of the UNSW Grand Challenge on Living with 21st Century Technology.

New York University Professor and AI commentator Kate Crawford will share her account of the new form of data extractivism and its far reaching consequences when she returns to UNSW for the Wallace Wurth Lecture on 9 December.

Crawford will draw on her experience as Co-Director and Co-Founder of the AI Now Institute at New York University, the world's first university institute dedicated to researching the social implications of artificial intelligence.

Using Amazon’s voice-controlled speaker as an example, she will ponder the wider system of extraction that makes AI systems work and the social and environmental consequences of this. By concentrating on the technical achievements of modern consumer products like the Amazon Echo, we rarely consider the vast underlying network of data collection, exploitation of human labor, and physical resource extraction. Crawford will discuss how AI is everywhere around us, from predictive policing to banking, insurance and health. However, because of the way it is developed and implemented, it often brings bias and unintended consequences in its wake.

Her new book – set for release in 2020 – reframes the understanding of AI in the wider context of history, politics, labour and the environment.

Crawford is a Principal Researcher at Microsoft Research. She came to UNSW in 2008 as an Associate Professor at the Journalism and Media Research Centre and since 2012, she has been an honorary professor.

Her research has been published in journals such as Nature, New Media & Society, Science, Technology & Human Values and Information, Communication & Society. She has also written for The New York Times, The Atlantic and Harper’s Magazine, among others.

This event is part of the UNSW Grand Challenge on Living with 21st Century Technology.

WHAT: Kate Crawford: Anatomy of AI