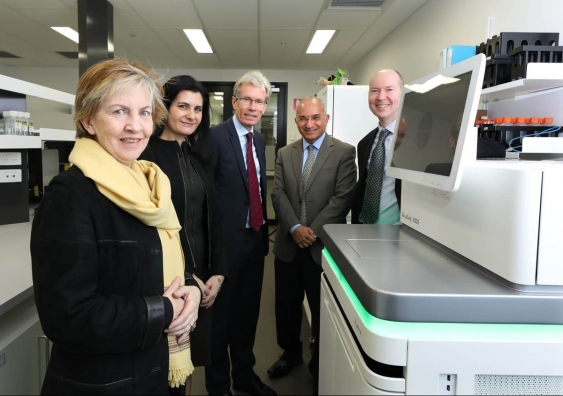 NSW Chief Scientist Professor Mary O’Kane has officially opened new custom-designed facilities at UNSW Sydney to house the Ramaciotti Centre for Genomics, the largest and most comprehensive university-based facility of its kind in Australia.

Professor O’Kane cut the ribbon to the facility, housed within the new $165 million Biosciences Building on UNSW’s Kensington campus. Amongst other technology, it will house two new state-of-the-art ‘next generation’ sequencing platforms that put NSW at the forefront of international genome sequencing capabilities.

Established in 1999 with a grant from the Clive and Vera Ramaciotti Foundation, the Centre is one of the few dedicated genomics facilities in Australia that accommodates a full suite of genomics technologies and links these together using process management software.

“It’s wonderful to be in this new facility,” Professor O’Kane said. “I am an engineer by training but I am a Big Data nut, so I get so excited about machines like this,” she said, referring to the Centre’s newest acquisitions – the Illumina NovaSeq 6000 technology that offers high-throughput sequencing and the PacBio Sequel platform, which can sequence up to one million single molecules of DNA simultaneously. 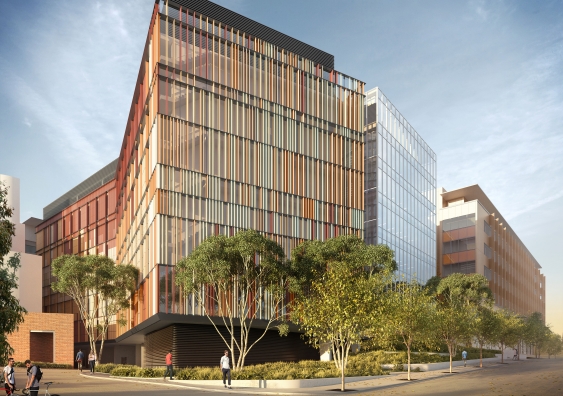 “The most exciting area is the biological aspects of Big Data and what it can reveal … not just in the human side of things but also in projects like the sequencing of the Koala genome, a crucial part of the NSW government’s Koala Strategy,” Professor O’Kane said.

“Who knows what the problems are that we might be able to solve?”

“The new facility is designed for future growth, to further support the genomics community in NSW and in Australia,” said Professor Wilkins, who is based in the School of Biotechnology and Biomolecular Sciences.

Himself credited with inventing a new field -- proteomics, the large-scale study of proteins within living organisms -- Professor Wilkins said the Ramaciotti Centre’s co-location with proteomics, bioinformatics, flow cytometry and imaging facilities would better facilitate collaboration among its 500 users each year.

Professor Wilkins said collaborations spanned biomedicine, conservation, the environment, agriculture and biotechnology. The Centre was currently working with UNSW Professor Emad El-Omar and his team from the Microbiome Research Centre at St George Hospital to map the microbiota of the gut, which is linked to diseases including stroke, asthma, obesity, diabetes, mental health, and pre-eclampsia in pregnant women.

In 2015, the Ramaciotti Centre was instrumental in a ground-breaking study of the koala genome, which revealed the marsupials were genetically diverse and their declining populations were the result of human-related activity rather than inbreeding. 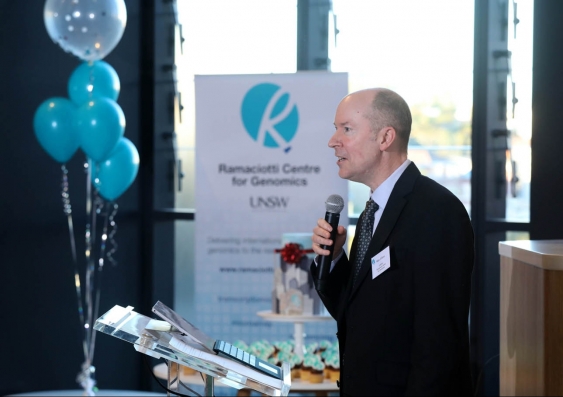 The sequencing of the koala genome has since informed policy and management decisions crucial to preserving the iconic species, said the project leader Professor Rebecca Johnson, who is Director of the Australian Museum Research Institute.

The Centre’s “next generation” platforms would “massively accelerate the sequencing and assembly of large, complex genomes of animals and plants” such as the koala, while also accelerating the analysis of human gene expression projects, Professor Johnson said.

One of the new instruments housed in the new facility, the Illumina NovaSeq 6000, can sequence up to 3 terabases of DNA in a single run – the equivalent of sequencing one human genome 930 times, Professor Wilkins said.

The Centre is also launching a PacBio Sequel platform -- an instrument that sequences single molecules of DNA.

“Remarkably, it can sequence lengths of DNA of up to 98 kilobases, and sequence up to one million of these simultaneously in one run. This type of sequencer is revolutionising genome sequencing of species that have, to date, been impossible to decode by other techniques.”

The Ramaciotti Centre has been recognised and funded as National Research Infrastructure since 2007 and has received 16 successful ARC LIEF grants since 2000.

It is also supported by funding from the NSW Government’s Research Attraction and Acceleration Program (RAAP) and with investment from UNSW Sydney. 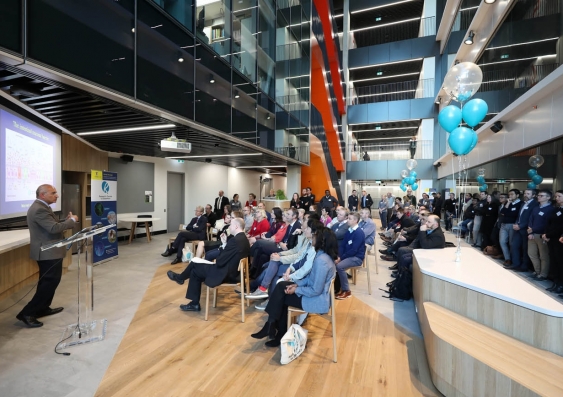 Research to shed light on mystery of wild wine ferments

Size doesn’t matter in Big Data, it’s what you ask of it that counts