Scientists are worried about the platypus, with a national risk assessment led by UNSW Professor Richard Kingsford suggesting declines of up to 30%. 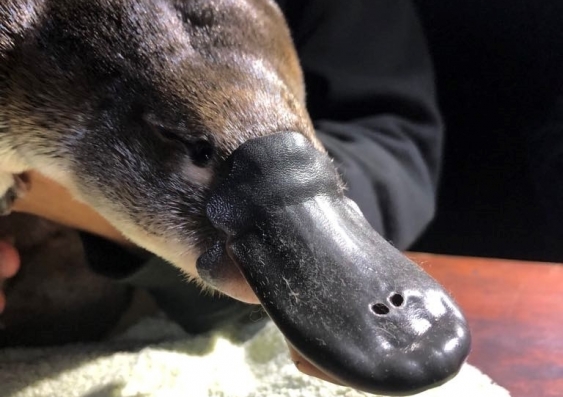 Mounting evidence that platypus populations are falling has concerned scientists who are nearing the end of a three-year national survey of the iconic species.

The UNSW-led Australian Research Council-funded project has compiled a comprehensive database of the distribution and abundance of the platypus over the last two centuries, combining this with data from systematic capture surveys to conduct a national risk assessment for the species.

“We have great concerns about the future survival of this unique species,” says project leader Professor Richard Kingsford, director of the UNSW Centre for Ecosystem Science.

“The national risk assessment has suggested declines of up to 30% across its range since European settlement, with localised declines and extinctions increasingly reported.

“Synergistic threats to platypus populations include river regulation and flow disruption, increasing agricultural land use, pollution, and the capture of platypus in fishing and yabby nets, all of which are contributing to these declines across its range,” he says.

UNSW researcher Dr Gilad Bino has been working to assess differences in population numbers and viability of the species throughout its range, which will enable appropriate conservation actions.

“On degraded rivers, typically below dams and in regions of high agricultural land use, we generally see lower numbers of platypus, likely due to the impacts these threats have on bank erosion and availability of macroinvertebrate food sources,” he says.

The inclusion of historical data has suggested a significant underestimation for platypus declines and has shown that perceptions of healthy numbers have changed over time.

“Previously we’ve had no information on historical platypus abundances and without this baseline reference we become misinformed about what a normal abundance is," says Tahneal Hawke, a PhD candidate at UNSW.

“This shift in our perception is particularly important for such a cryptic animal. Given sightings are rare, people perceive captures or sightings of just a few platypuses to be indicative of a healthy population, while historical records suggest numbers far exceeded our current observations,” she says.

Researchers expect to publish the risk assessment in coming months. The research is supported by an Australian Research Council Linkage Grant (LP150100093), in partnership with Taronga Conservation Society.