A wild-born, pure Australian desert dingo called Sandy Maliki has taken out first place in the World’s Most Interesting Genome competition. Her DNA will be decoded using the latest genome sequencing technology. 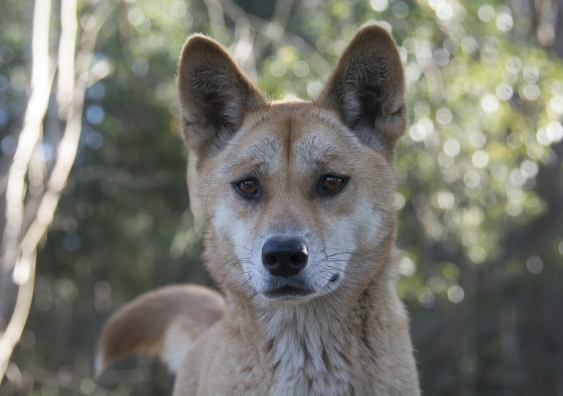 The UNSW-led proposal to have Sandy’s DNA decoded was one of five finalists for the Pacific Biosciences SMRT Grant, which provides cutting-edge sequencing of the complete genome of a particularly fascinating plant or animal.

The public determined the winner, with two-year old Sandy securing 41 per cent of the international community votes, closely followed by a Temple Pitviper snake, then a solar-powered sea slug, an explosive bombardier beetle, and a pink pigeon.

“We are thrilled that our bid to have Sandy’s DNA sequenced captured the public’s imagination,” says project leader, Professor Bill Ballard of the UNSW School of Biotechnology and Biomolecular Sciences.

“Sandy is truly a gift to science. As a rare, wild-born pure dingo, she provides a unique case study. Pure dingoes are intermediate between wild wolves and domestic dogs, with a range of non-domesticated traits. So sequencing Sandy’s genome will help pinpoint some of the genes for temperament and behaviour that underlie the transition from wild animals to perfect pets.

“As well, learning more about dingo genetics will help efforts to conserve these wonderful Australian animals, through the development of improved tests for dingo purity,” Professor Ballard says.

Sandy and her sister and brother were discovered as three-week old pups in the harsh Australian desert near the Strzelecki Track in 2014 by NSW animal lovers, Barry and Lyn Eggleton, who have hand-reared them ever since. The pups were close to death and their parents could not be found. 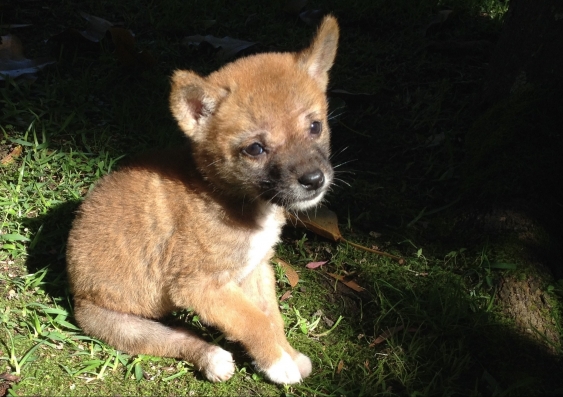 “This project will reveal the DNA changes between wolves and dingoes (unconscious selection) and dingoes and dogs (artificial selection),” says Professor Ballard.

A key aim of the annual international PacBio competition, which attracted more than 200 entries this year, is to raise public awareness of science and how genomic research can benefit society. Sandy’s team, which set up a DancingwithDingoes Facebook page, enlisted the support of a wide variety of people around the world, including animal conservationists and fans of wolves, dingoes and dogs.

“We also engaged with staff and students at UNSW, by bringing two pure alpine dingoes from the Bargo Dingo Sanctuary onto campus for everyone to meet,” says Professor Ballard.

The cutting edge PacBio technology allows DNA to be sequenced in long sections containing tens of thousands of bases, rather than in shorter sections of a few hundred bases, as with existing techniques. This can reveal important rearrangements in the genome that affect gene expression.

The sequencing will be carried out at the University of Arizona, with initial analysis by Computomics in Germany.

The Australian team that proposed Sandy also includes Professor Claire Wade of the University of Sydney, Dr Richard Melvin of UNSW, Dr Robert Zammit of the Vineyard Veterinary Hospital and Dr Andre Minoche of the Garvan Institute of Medical Research. 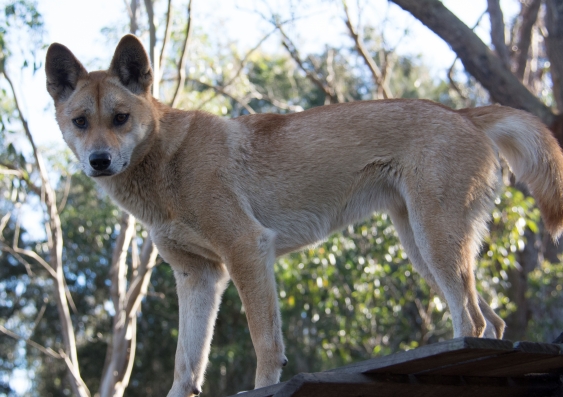 UNSW has a strong reputation in genomics research, with scientists at the university’s Ramaciotti Centre for Genomics having worked on the genomes of a variety of other important native creatures, including the koala, the Tasmanian devil, the wombat, the platypus, the Queensland fruit fly and the Wollemi Pine.

“We’re very proud of UNSW’s history of contribution to genomics and we are delighted that Sandy’s genome will now be sequenced as the prize for winning this competition,” says UNSW molecular biologist and Deputy Vice-Chancellor (Education) Professor Merlin Crossley.

“Australia has so many interesting animals to sequence and the results enhance our understanding of evolution and biology and help improve agriculture and pest management”.

For more information about Sandy Maliki and her siblings, Eggie Warrigal and Didi Mirigung, see their Pure Dingo Facebook page.

Dingoes were introduced to Australia about 5000 years ago. It is widely accepted they were not domesticated by Indigenous Australians. Pure dingoes are becoming increasingly rare as the native animals interbreed with wild dogs and domestic dogs, and are targeted as pests by landowners.