Opinion Satellites reveal ocean currents are getting stronger, with implications for climate change

Our team discovered clear changes in the distribution and strength of ocean eddies. These changes have never been detected before. 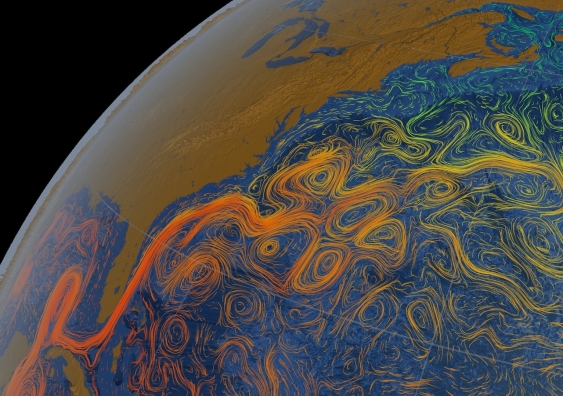 Scientists already know the oceans are rapidly warming and sea levels are rising. But that’s not all. Now, thanks to satellite observations, we have three decades’ worth of data on how the speeds of ocean surface currents are also changing over time.

In research published today in the journal Nature Climate Change we detail our findings on how ocean currents have become more energetic over large parts of the ocean.

Ocean currents in the North Atlantic. The Gulf Stream carries warm water across the Atlantic Ocean, from the Gulf of Mexico to Europe. All over the ocean we distinctly see circular flow features we call “ocean eddies”. (NASA/Goddard Space Flight Center Scientific Visualisation Studio)

What are ocean eddies?

If you looked down at the ocean from a bird’s eye view, you would see some mesmerising circular motions in the water. These features are called “ocean eddies”. They give the ocean an artistic flavour, reminiscent of Van Gogh’s Starry Night. 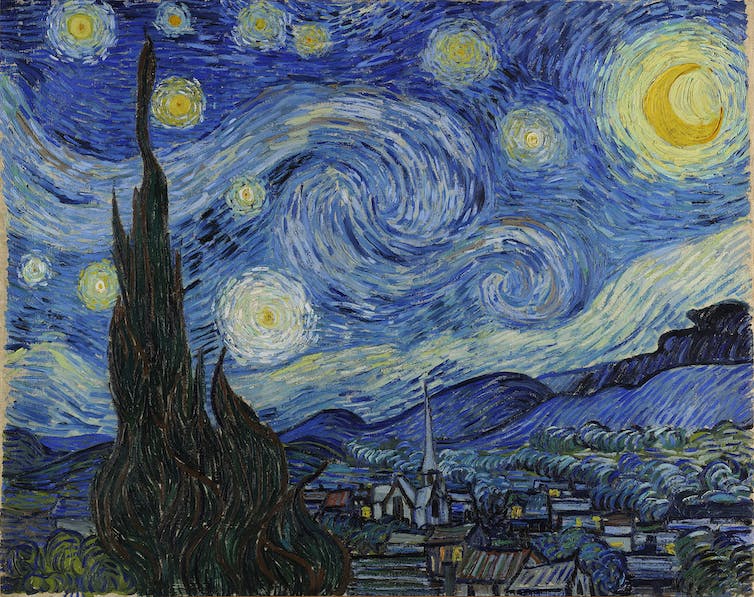 Eddies span somewhere between 10 and 100 kilometres across. They’re found all over the oceans. Certain regions, however, are particularly rich in eddies.

These include the Gulf Stream in the North Atlantic, the Kuroshio Current in the North Pacific, the Southern Ocean which surrounds Antarctica and, closer to Australia, the East Australian Current — made famous by the film Finding Nemo.

Ocean eddies are an integral part of ocean circulation. They move warm and cold waters from one location to others. They mix heat, carbon, salt and nutrients, and affect ocean conditions both regionally and globally.

Read more: An ocean like no other: the Southern Ocean's ecological richness and significance for global climate

One way we monitor movement on the ocean’s surface is by using specialised, powerful satellites orbiting Earth. Although these satellites are thousands of kilometres above us, they can detect even just a few centimetres of change in the sea’s surface elevation.

Then, through data analysis, we can take the change in sea surface elevation and translate it into ocean flow speeds. This can then tell us how “energetic” an ocean eddy is.

By carefully analysing satellite observations, our team discovered clear changes in the distribution and strength of ocean eddies. And these changes have never been detected before.

How eddies have been changing

Using available data from 1993 until 2020, we analysed changes in the strength of eddies across the globe. We found regions already rich in eddies are getting even richer! And on average, eddies are becoming up to 5% more energetic each decade.

One of the regions we found with the biggest change is the Southern Ocean, where a massive 5% increase per decade was detected in eddy activity. The Southern Ocean is known to be a hotspot for ocean heat uptake and carbon storage.

Until recently, scientists could only observe changes in ocean eddies by using either sparse ocean measurements or the limited satellite record. The satellite record has only just become long enough for experts to draw robust conclusions about the likely longer-term trends of eddy behaviour.

Josué Martínez-Moreno gives a three-minute summary of our recent findings.

Why is this important?

Ocean eddies play a profound role in the climate by regulating the mixing and transport of heat, carbon, biota and nutrients in the oceans. Thus, our research may have far-reaching implications for future climate.

Scientists have known for decades that eddies in the Southern Ocean affect the overturning circulation of the ocean. As such, changes of the magnitude observed for eddies could impact the rate at which the ocean draws down heat and carbon.

But eddies are often not taken into account in climate predictions of a warming world. Since they are relatively small, they remain practically “invisible” in current models used to project future climate.

The impact of eddies is therefore either not resolved in climate projections, or is severely underestimated. This is particularly concerning in light of our discovery eddies are becoming more energetic.

Our research emphasises how crucial it is to incorporate ocean eddies into future climate projections. If we don’t, we could be overlooking a critical detail.