The enormous value of science research should be realised with the help of new, dedicated financial support, writes Ian Jacobs. 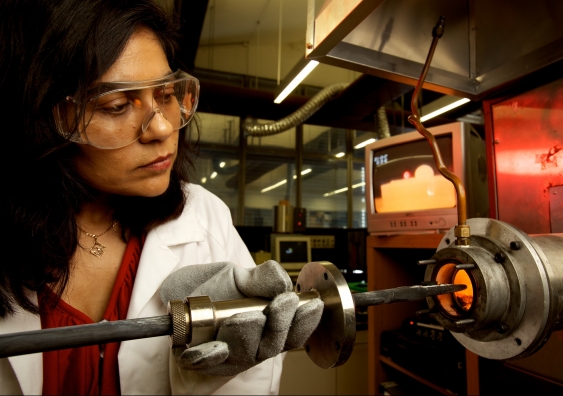 OPINION: Our 2018 Australian of the Year, Professor Michelle Simmons, is celebrated as a scientist leading the world in quantum computing. Less well known is her role in driving commercialisation of that research into economic return for the nation.

The new government, industry and university-funded Silicon Quantum Computing company will ensure Australia benefits when the quantum era arrives. The exponential increase in computer processing speeds will bring benefits in areas such as health, finance, IT, transport and security, creating opportunity, jobs and economic return.

Australia can have many more equivalent successes if we plan and invest wisely. We are strong in discovery science but less accomplished in driving the discovery-translation-application-commercialisation pipeline to generate an economic return.

We have every right to be immensely proud of our scientists but we need to give them more to work with to translate their output. Gaps in current funding can be filled, without placing too much pressure on the public purse, by a new Australian Research Future Fund, explained below, and more effective R&D tax incentive schemes.

The research pipeline is a powerful economic driver. For every dollar invested in university research, evidence worldwide indicates a $5-$10 return. One well-known success that traversed the pipeline is Gardasil. Developed at the University of Queensland, the vaccine was successfully commercialised and now prevents cancer of the cervix worldwide, while generating billions of dollars in returns.

But if we do not take action, the rest of the world will leave us behind.

Only a well-developed, highly integrated translation pipeline and a willingness to invest in it, will realise the full economic potential of Australian research.

Many countries competing with Australia have increased their investment. Israel and Korea have the highest spend at 4.25% and 4.24% respectively, while China's is 2.12% and rapidly increasing.

The Australian government has a vision for our country to become a top-tier innovation nation over the coming decade, a worthy aspiration the university sector supports wholeheartedly.

We have a solid foundation to build on.

A 2015 Deloitte report estimated that knowledge and technology generated by Australian university research contributed $160 billion to Australia's economy in 2014. That is 10 per cent of GDP.

Only a well-developed, highly integrated translation pipeline and a willingness to invest in it, will realise the full economic potential of Australian research. Part of this involves inspiring greater industry and university collaboration. The interface between brilliant academics and business innovators can be a powerful creative and economic driver. 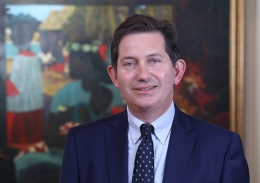 To facilitate this, the report Australia 2030: Prosperity Through Innovation recommended an R&D tax collaboration premium for industry. This would support R&D expenditure undertaken with publicly funded research organisations and, if the 2016 Review of the R&D Tax Incentive recommendation of 20% is adopted, would draw in private funding.

This collaboration premium should be implemented without delay and will help at the application-commercialisation end of the pipeline.

While reform of the R&D tax incentive will make a difference, a gap would still remain in the middle of the pipeline.

One area where Australia is now addressing this gap and setting itself up for success is in medical research. Early parts of the pipeline in medical research are funded through the National Health and Medical Research Council (NHMRC).This is now complemented by the Medical Research Future Fund (MRFF) with a focus on translating research into applied benefits for the health and wellbeing of Australians and economic return.

This exciting development will double public investment in health research.

The Australian Research Council (ARC) administers non-medical grants. It has funding broadly equivalent to the NHMRC, but nothing equivalent to the Medical Research Future Fund for the translation-application part of the pipeline.
This is an opportunity gap for Australia. The ARC priorities, such as food, soil, water, transport, energy, environmental change, cyber security, arts and humanities, are fundamental to our society's advancement and safety. We excel in these areas and the economic opportunities are immense.

An Australian Research Future Fund (ARFF) that complements ARC funding would see the pipeline of research in these priority areas expedited.

The combined pull of an R&D tax incentive collaboration premium and the push from an ARFF, alongside the existing MRFF, would rapidly accelerate Australia's discovery-translation-application-commercialisation pipeline.

Our thinking about research, the benefits it brings and the way we fund it, must mature.

Research funding is not a charitable donation. It is a calculated investment in the future of Australia.

Professor Ian Jacobs is President and Vice-Chancellor of UNSW and Chair of the Group of Eight universities.

This article was originally published in The Australian Financial Review.

The ins and outs of research grant funding committees