The dramatically changing water expanses in the Murray-Darling Basin have been mapped in unprecedented detail using Landsat satellite images from 1986 to 2011. 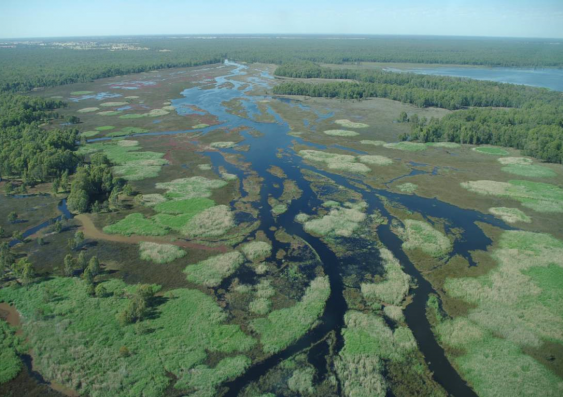 More than a quarter of a century of the dramatically changing water expanses in the Murray-Darling Basin have been mapped in unprecedented detail using Landsat satellite images from 1986 to 2011.

The research, led by UNSW scientist Dr Mirela Tulbure, provides a valuable historical record that will help water managers make decisions about how best to allocate the basin’s precious water resources between the competing needs of agriculture, industry, the local community and the environment.

The study is published in the journal Remote Sensing of Environment. It records the effects of both the devastating, decade-long Millenium Drought that occurred between 1997 and 2009, and the heavy rains and flooding from the 2010 to 2011 La Nina event that ended the drought.

“The Murray-Darling Basin is one of the driest basins in the world,” says Dr Tilbure, whose team’s research is highlighted in a recent article in Landsat Science on the NASA  website.

Using the new data, water managers will be able to see how vegetation responds to flooding, how short-lived wetlands are connected during wet periods, and what factors drive changes in surface water.

This will help answer questions such as how long it takes for Red Gums to respond to rejuvenating floods, whether rainfall or river flow matters most for water availability, and where long-lasting wetlands occur.