Opinion Self-control or government regulation? Squaring the blame for overeating

Who is to blame for overeating and poor food choices? And can we do anything about it, ask Lenny Vartanian and Tegan Cruwys. 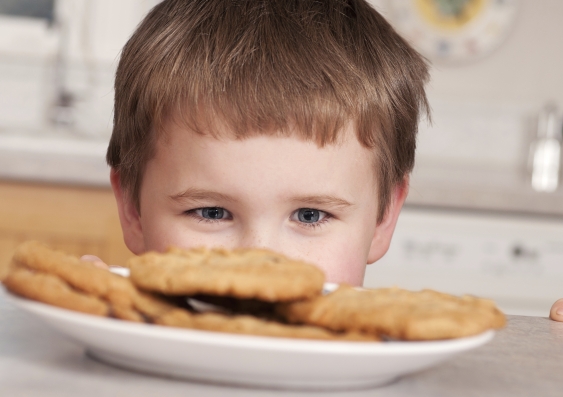 OPINION: People overeat. And people don’t always make the healthiest food choices. That much is clear. But who is to blame for overeating and poor food choices? And can we do anything about it?

Impact of the food environment

Many health experts point the finger at the food industry for creating an “obesogenic” food environment. The argument, in essence, is that the current food environment makes it almost impossible for most people to make reasonable choices about their food intake.

Larger portions, for instance, encourage us to consume more calories. Even animal studies show that mammals – from monkeys to mice – will become obese if placed in an environment where they can eat as much appetising food as they like.

So, if the food environment is the problem, then modifications to that environment should help people make better, healthier food decisions.

One challenge is that efforts to make large-scale changes often meet with fierce resistance. We saw this with former New York mayor Michael Bloomberg’s failed attempt to limit the size of soft drinks sold in the city.

Other approaches provide more subtle means to help people make healthy (or healthier) choices, such as requiring restaurants to provide calorie information on their menus.

But while menu labelling sounds like a good idea, unfortunately, it doesn’t work. It doesn’t appear to have any consistent effect on people’s food choices or food intake, and may even backfire in some cases, leading to more unhealthy choices.

Why do these types of environmental approaches often fail? One possibility is that, in the end, they leave the responsibility to the consumer to make the “right” choices, and consumers are not well equipped to do so in the current food environment.

Self-control can be thought of as one’s willpower – and some people might just be better at resisting temptations than others.

If that’s the case, then perhaps the solution is to train people to become better self-regulators. There is evidence that people’s self-control can indeed be improved through training.

There are, however, a number of problems with blaming these issues on lack of willpower.

Second, if willpower involves consciously resisting temptation, it’s hard to see how it could help with environmental influences that may be outside our conscious awareness. People don’t seem to be aware that the environment has influenced them. They may not even be aware they have overeaten.

A better solution – and one that could potentially bypass the need to focus on individuals’ self-control – is to focus on changing what people perceive as normal behaviour.

Researchers have found that environmental cues influence what people view as appropriate. People eat more from large portions because the portion size tells us it’s OK to do so. And people eat less when eating with someone else who eats very little because their eating companion provides a signal for when to stop eating.

Small changes to the environment can play a significant role in shifting norms. We have shown that segmenting a portion of food into smaller sub-units (such as three smaller cookies instead of one large cookie) leads people to eat less because the segments create a smaller consumption norm.

We found that providing clear information about the number of servings contained in a portion of food can reduce the portion-size effect, presumably because it adjusted people’s perceptions of the norm (although we didn’t directly test that in this particular study).

We have also found that efforts to change consumption norms are likely to be most effective when they are seen as being “by us” and “for us”.

These normative changes seem small, but have powerful consequences for how we eat. In bypassing the need to worry about people’s self-control, they may be particularly effective as strategies for healthier eating.

Lenny Vartanian is an Associate Professor in the School of Psychology at UNSW.

Tegan Cruwys is a Registered Clinical Psychologist and Deputy Director of the Master of Applied Psychology at the University of Queensland.

Getting teens to follow strict diets in the Fast Track trial is risky, but so is obesity itself