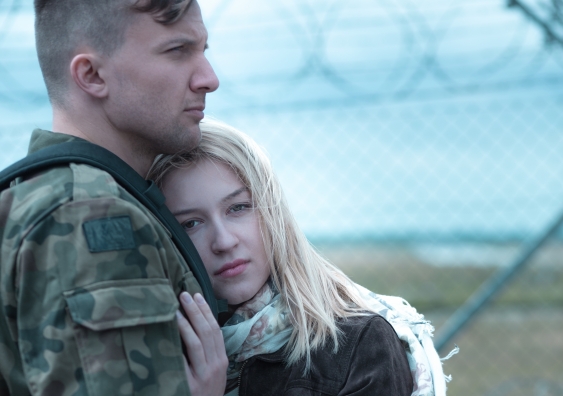 To further complicate matters, doctors and researchers previously thought childhood separation anxiety was closely related to the development of adult panic disorder and agoraphobia (fear of public places), rather than an adult form of separation anxiety.

This has also meant overlapping features with other disorders (most commonly panic disorder, agoraphobia and generalised anxiety disorder) may have been previously misdiagnosed. These need to be better assessed to determine whether separation anxiety is a more likely diagnosis.

What is separation anxiety?

Separation anxiety is characterised by irrational fears of separation and abandonment by close attachment figures such as parents, partners and even pets.

Many people with separation anxiety also experience a reluctance to leave their homes. This may be accompanied by feelings of dread or anxiety. In children, separation anxiety can manifest as “clingy” behaviours towards parents and vague physical symptoms such as stomach aches and nausea.

Adults with separation anxiety often find it difficult to leave their partners even for a short time. They may experience symptoms when work commitments delay their return home. Severe separation anxiety can lead to panic attacks when separated from close attachments or when ruminating about possible separations.

If unchecked, these anxieties can result in avoidance of places associated with previous experiences of anxiety symptoms and panic attacks. This may also lead to social isolation and difficulties in shopping or leaving home (agoraphobia).

Underlying separation anxiety can be “hidden” by excessive technology-based social interaction such as texting and Instagramming. It may only become evident when these activities are restricted or curtailed.

People can become anxious when separated from loved ones, including pets. from www.shutterstock.com

When these fears begin to affect people’s lives this is classified as an anxiety disorder. This may mean they experience difficulties in going to work or to school, or feel the need to “shadow” their close attachments either by maintaining close physical proximity or by having to contact them frequently throughout the day.

Although separation anxiety can affect people of all ages, it is more prevalent among children. In anxiety clinics that specialise in the treatment of children, these rates can be as high as 47%.

However, separation anxiety is not a rare disorder among adults. A recent cross-national study of disorders in 18 countries found lifetime rates of separation anxiety ranging from 0.2% to 9.8%, with an average of 4.8% across countries. Rates were higher in women than men.

Despite its recent inclusion in the DSM-5 and high prevalence in clinical practice, most doctors tend to be reluctant to diagnose adult patients with separation anxiety.

Part of the reluctance may be due to their earlier training, which would have said adults do not, in general, suffer from this form of anxiety. Instead, they may be diagnosed with other “adult” anxiety disorders that share some common features with separation anxiety (most notably panic attacks and avoidance behaviours).

Separation anxiety in adults also frequently occurs with other psychiatric conditions, such as depression, which can mask subtle symptoms of separation anxiety. Sufferers are not always open about directly discussing their irrational fears of abandonment with doctors due to embarrassment or lack of awareness of these underlying issues.

Many adults with the disorder can recount therapy experiences where their specific separation fears were not addressed, or were dealt with in a cursory way, as they were treated for another disorder. Therapists have also noted that adults with co-occurring anxiety disorders and separation anxiety do not respond as well to standard treatments. The presence of separation anxiety adds a high degree of complexity to treatment decisions.

However, there are indications that therapies focusing specifically on fears of separation from close attachments and on strategies to internalise the emotional support provided by others could be beneficial – for example, by being able to self-soothe or better process distressing emotions.

It’s positive that separation anxiety has finally been formally recognised as a “legitimate” adult anxiety disorder. However, further work needs to be done to break down reluctance among doctors and researchers in diagnosing and developing effective treatments for this debilitating condition.