Opinion Sexism in video gaming is just another form of bullying

Women endure three times the negativity when playing online games compared to men. Is it misogyny? Or a form of bullying, motivated by the search for and maintenance of status, ask Michael Kasumovic and Jeff Kuznekoff. 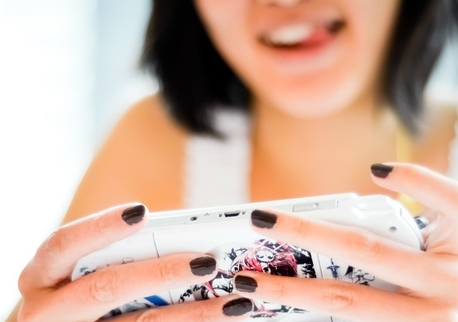 Many people have experienced harassment or bullying online. However, the victims of such harassment are disproportionately women.

Women receive up to 10 times more negative comments than men in online chatrooms and three times the negativity when playing online games.

Some have argued this is because women are entering male-dominated spaces that are full of misogynists.

But in a study that we just published, we show that the cause could be something much simpler: the negative and sexist comments expressed by some men are really just a form of bullying, motivated by the fact that they are perceived as being lower in the pecking order.

What’s bullying got to do with it?

We now better understand the factors that affect bullying. Bullying is more common in the presence of strong hierarchies and victims tend to be less powerful and lower in the social order.

Bullying tends to remain a viable strategy when hierarchies exist because it allows individuals to increase their status thereby preventing others from rising above them.

If we look at misogyny from another perspective, could it be a form of inter-sexual bullying that arises when women compete against men? Men who are afraid of losing their position in a hierarchy to a woman may be lashing out, leaning on the most stereotypical traits because they have the effect of reducing a woman’s power.

We set out to explore this idea – using video games.

Playing for the answer

Video games can be a bastion of sexist imagery and aggressive posturing. But unlike most inter-sexual competitive scenarios, in video games it doesn’t matter how physically big and strong you are. All that matters is how well you play.

This make them a perfect place to ask what role hierarchies and perceived status play in inter-sexual aggression.

To do this, we used Halo 3, a futuristic shooter where teams of four players compete against one another in an attempt to kill their opponents as often as possible.

The game records exactly how many kills each player achieves and how often they die. If they’re playing very well, it means they’re likely outperforming others and helping their team. On the other hand, if they’re performing poorly, not only are they likely to be at the bottom of the leaderboard, but they’re also dragging down their team.

Additionally, an algorithm determined by the game’s developers, Bungee, calculates a measure of player skill determined by their long-term performance – analogous to social status in this context.

Since we can record everything that each teammate says during a game, we can also correlate the frequency of positive and negative statements players make towards teammates.

Next comes the fun part. By using a recorded male or female voice, we can see how players respond to teammates of each sex based on their own performance. Jeff played 126 games of Halo 3 using this structure. All the other speaking players on his team were men.

Gaming isn’t always relaxing, and sometimes that tension can spill over into harassment of other gamers. Maryam Abdulghaffar/Flickr, CC BY

What’s in a voice?

What we found was that Jeff’s teammates who died more often generally made more positive comments towards Jeff. And their performance, good or bad, had no effect on the number of negative comments they directed towards him.

In contrast, when Jeff used a female voice, he received many more negative comments, particularly from players who were performing poorly.

This suggests that men behaved according to a social hierarchy. When they were performing poorly – i.e. they were lower status – they did not challenge a male-voiced teammate, but they did challenge a female-voiced one.

This was supported by our results exploring skill level –- our proxy for an individual’s position in the hierarchy. Skill level didn’t affect how men behaved towards another man, but men lower in skill were less positive in the female-voiced treatment.

Interestingly, higher-skilled men were more positive towards women, but not men.

Who wants a beta male anyway?

The take-home seems to be that, just like bullies, the men most likely to have their position in a hierarchy usurped by a woman turned out to be meaner.

When you look at this situation from an evolutionary perspective, some of the reasoning becomes more clear. Since a man’s mating chances are better determined by his status than his looks, if a woman is usurping a man’s status by outperforming him, it means that he is less likely to be attractive to a potential mate, especially one that is higher than him in the hierarchy.

Although it’s unlikely that men are thinking about mate attraction when playing Halo 3, we think the increased negativity directed towards higher status women by some men is an unconscious response to having their masculinity challenged by a woman. “Losing to a girl” is still deemed unacceptable by many men as it can reduce their status in the eyes of others – both men and women.

The hostile aspects of gaming culture could thus be explained as the search for, and maintenance of, status. One way to ensure that a man doesn’t lose to a woman is to keep women from competing by making them feel unwanted in that environment.

Perhaps this perspective may also help explain the misogyny we see when women enter some male-dominated fields. The aggression may come from lower status men that are trying to keep women out by employing sexist bullying in order to ensure they don’t lose status in the presence of their male colleagues.

Perhaps a solution is what is shown to work in the bullying literature – minimising the existence of a hierarchy by ensuring equality.

The one thing that is still quite intriguing is the result that the highly skilled men were more supportive towards women than men.

These are questions we don’t know the answer to yet, but we’re willing to play a few thousand games online to find out.

Interested in reading the study in a different format? Then take a look at the comic below! Click on the preview to see the full page. Art by Savanna Ganucheau.

Video games make you less sexist? It’s not quite that simple