The world’s most extensive study of the impacts of coastal storm fronts in a changing climate has found that rising seas are no longer the only threat. 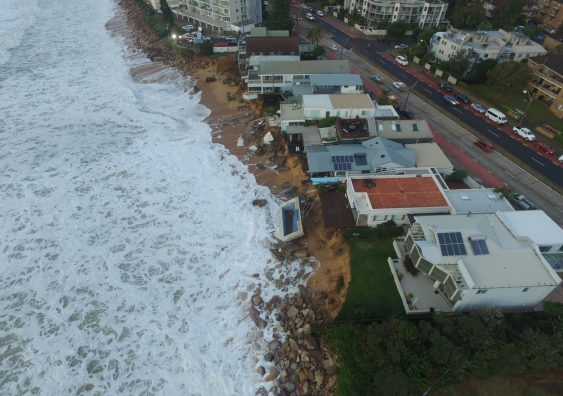 The June 2016 ‘superstorm’ that battered eastern Australia caused widespread damage to homes and infrastructure, including these homes in Sydney's Collaroy Beach.

The world’s most extensive study of a major storm front striking the coast has revealed a previously unrecognised danger from climate change: as storm patterns fluctuate, waterfront areas once thought safe are likely to be hammered and damaged as never before.

The study, led by engineers at University of New South Wales (UNSW) in Sydney, was published in the latest issue of the journal Nature Scientific Reports.

“If you have waterfront property or infrastructure that has previously been sheltered from the impacts of extreme waves, this is worrying news” said Mitchell Harley, lead author and a senior research associate at UNSW’s Water Research Laboratory (WRL). “What this study confirms, is that simply by changing direction, storms can be many times more devastating. And that’s what we’re facing in many locations as the climate continues to change.”

Ian Turner, director of WRL and a co-author, said sea level rise was no longer the only factor at play when preparing for the impact of climate change on waterfront areas. “Shifts in storm patterns and wave direction will also have major consequences because they distort and amplify the natural variability of coastal patterns.” 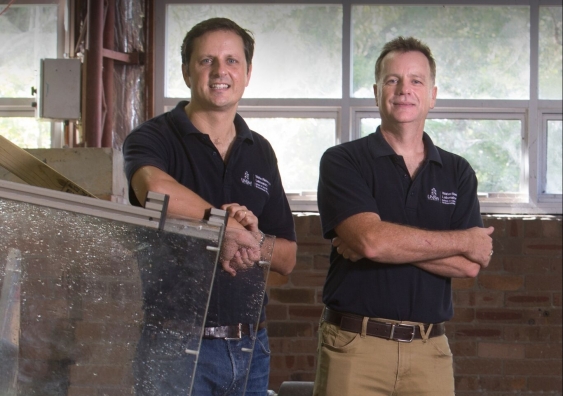 The study relied on data collected during the June 2016 ‘superstorm’ that battered eastern Australia. One of the fiercest in decades, it inundated towns, smashed buildings, swept away cars and infrastructure and triggered hundreds of evacuations across a 3,000 km swath from Queensland in the north all the way to Tasmania in the south. Three people died and there were more than 80 rescues from stranded cars.

A week before the storm hit, and for many weeks afterwards, the researchers used a fleet of drones, floating sensor buoys, aircraft fitted with LiDAR laser ranging sensors, fixed cameras on buildings and quad bikes and jet skis fitted with real-time satellite positioning across a 200 km swathe of the eastern seaboard. This produced the largest and most detailed pre- and post-storm coastline analysis ever done.

They found that 11.5 million cubic metres of sand were eroded from beaches across a 200 km stretch of Australia’s eastern seaboard in just the three days of the storm – the equivalent of filling the Melbourne Cricket Ground (capacity 100,000 people) to the brim with sand more than seven times.

This was similar to the amount of sand shifted on the US east coast by Hurricane Sandy in 2012, the largest Atlantic hurricane on record, which killed 233 people and caused US$75 billion in damage. 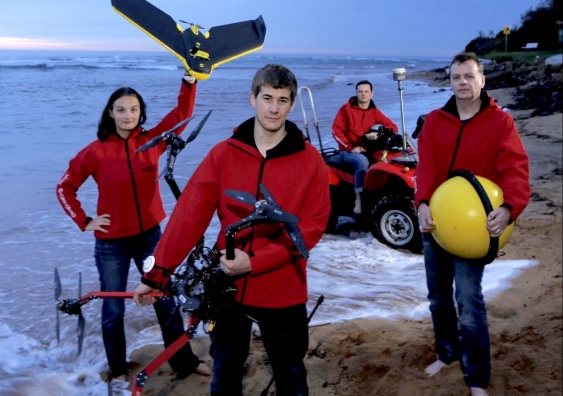 It is the damaging power of wave energy – and the disruption of long-established storm patterns due to climate change – that present a new danger. The June 2016 ‘superstorm’ that devastated Australia’s east coast was only moderately intense, equivalent to a 1-in-5 year event: however, it did hit from the highly unusual easterly direction.

“And that’s what’s really worrying,” said Turner. “The damage we saw from a moderately intense storm last year is a harbinger of what’s to come,” said Turner. “Climate change is not only raising the oceans and threatening foreshores but making our coastlines much more vulnerable as the direction of incoming storms change.

“We need to be prepared,” he added. “Not just for the fact that what we consider as ‘king tides’ will be the norm within decades, but that the storms that strike the coast will come from unexpected directions, damaging coastal areas and infrastructure once thought safe from storm damage.”

Previous studies have estimated that sea level rise from climate change – of between 40 cm and 1 metre over the next century – could put $226 billion of infrastructure at risk in Australia alone. This includes road and rail, commercial and residential buildings and even light industrial buildings. But also threatened are 75 hospitals and health centres, 258 police, fire and ambulance stations, five power stations and 41 waste disposal facilities.

“When it comes to severe weather, a lot of the attention is paid to tropical storms like cyclones and hurricanes,” said Harley. “But this data highlights the amount of coastal damage that can occur with east-coast lows in Australia. Despite creating near hurricane-force winds, intense rain and large ocean waves of up to 9 meters, they are less worrisome to many people.” 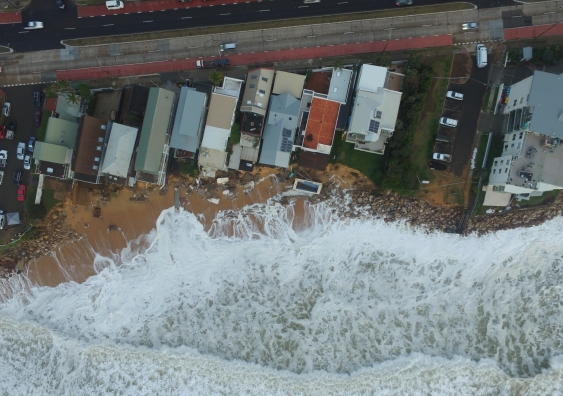 The June 2016 ‘superstorm’ that battered eastern Australia caused widespread damage to homes and infrastructure, including these homes in Sydney's Collaroy Beach.

Narrabeen Beach in Sydney experienced the most erosion seen in 40 years of monitoring – and 36% greater than the second-most erosive event in May 1997. But it was not the worst affected: “Although a swimming pool at Narrabeen became the iconic image of the June 2016 storm, the greatest erosion was actually seen at Nine Mile Beach, an unpopulated area just north of Forster,” added Harley. “And that was due to a localised focusing of wave energy.”

Coupled with a vast bank of data collected over the past 40 years at Narrabeen-Collaroy beaches – one of the world’s longest-running beach erosion monitoring programs – coastal engineers now have enough information to build models that can accurately predict the damage storms would do days before an event.

It would also provide a crucial insight into how climate change will interact with the long cycles of El Niño and La Niña, and predict coastal vulnerability from sea level rise and changing storm patterns in the decades ahead, said senior lecturer Kristen Splinter, an engineer and modelling specialist at WRL who deep-dives into the data to build predictive tools. 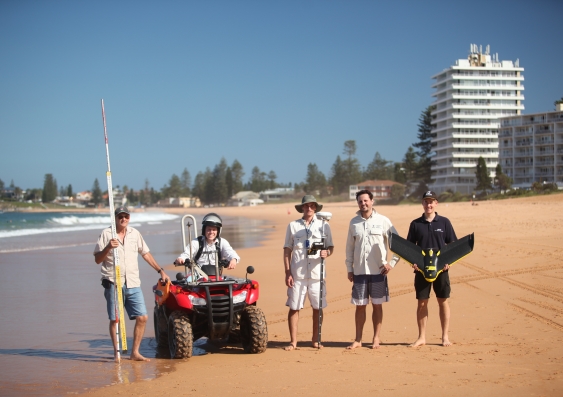 UNSW Water Research Laboratory engineers with some of their survey equipment.

And not just for Australia, but for the world. “With this data, we can now construct accurate coastal erosion models, to predict damage days before a storm hits,” said Splinter. “It will also be pivotal in understanding the future effect of climate change on coastal variability around the world.”

Turner agreed: “This isn’t just about protecting beaches: billions of dollars’ worth of city infrastructure around the world is threatened by coastal erosion: buildings, roads, power and water utility corridors, sewerage lines – and this will only worsen as sea levels rise, causing storm tides to do more damage and reach deeper inland.”

The WRL team collected the reams of data with the help of staff from the New South Wales Office of Environment and Heritage and worked with UNSW’s School of Aviation. Other authors were Kristen Splinter, Matthew Phillips and Joshua Simmons from WRL; Michael Kinsela and  David Hanslow from the Office of Environment and Heritage; the School of Aviation’s Jason Middleton and Peter Mumford; and Andrew Short from the University of Sydney.

The secrets of the beach