Six things you need to know about 6G

The next generation of wireless communication is already being developed… and is set to revolutionise the world around us. 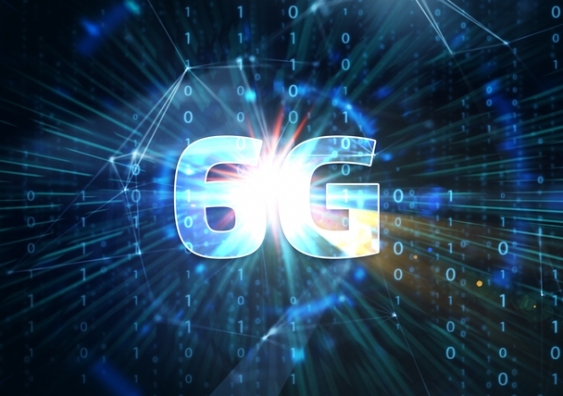 6G will be the sixth generation of wireless communications technologies and is being developed as demand for telecommunications increases rapidly. Photo: Shutterstock

The pace of change in telecommunications is increasing every year.

A case in point is the rapid research and development of 6G technologies when 5G has not even been fully implemented across Australia.

But UNSW expert, Dr Shaghik Atakaramians, says progress is vital as people and businesses become ever more dependent on fast and reliable transfer of data.

“In the next 10 years, we can expect massive changes and new technologies coming into our lives which will require more and more connectivity at higher speeds as we transfer more and more data,” says the Senior Lecturer in the School of Electrical Engineering and Telecommunications.

“We can imagine completely autonomous systems; or multi-sensory extended reality which integrates the five traditional human senses with the digital world; or real-time remote telesurgery; or complete virtual shopping malls.

“These sound like something out of science fiction, but they are potentially possible with 6G technology whereas they could not be feasible using current 5G standards.

“All of those things – and more – require us to move to another generation of wireless communication that can support the new technology. I think you can even call it a new dimension where we are able to integrate the digital, the physical and the human worlds together into something really extraordinary.”

While 6G standards are not yet exactly defined, Dr Atakaramians here explains everything you need to know about the exciting possibilities coming in the not-too-distant future.

6G is the sixth generation of wireless communications technologies where signals will be transmitted at a frequency band much higher than is currently widely utilised.

The current 5G standard (including 5G evolution) covers frequency bands between approximately 0.4 GHz and 114 GHz and can deliver data transfer speeds of up to 10 gigabytes per second.

However, with increased global communication and more and more applications requiring fast and reliable delivery of information there is an ever-greater need for increased bandwidth.

The pipe has a fixed diameter (this would be the bandwidth in the case of communications) and therefore a fixed amount of water (or data) can pass through at any given moment.

Making the pipe bigger while it is buried underground is virtually impossible, so the best solution is to build a completely new pipe with a much bigger diameter that will allow much more water to flow through, and at a quicker rate.

That new pipe is 6G.

What is the terahertz gap?

6G communications will occur somewhere in the so-called ‘terahertz gap’, at a frequency roughly between 100 GHz and 10 THz (terahertz) – much higher than current 5G signals.

This sits in a ‘gap’ on the electromagnetic spectrum between existing radio waves and infrared light, where such radiation could not be generated until just a few decades ago.

It is therefore a very empty space on the spectrum, which is subsequently ideal for future communication technologies which will require high bandwidth and fast speeds.

In terms of the water pipe analogy, there is an opportunity to now produce a new very large pipe which is able to let much more water through at any given moment.

What are the benefits of 6G?

The biggest and most obvious benefit of 6G is the potential speed of data transfer, given the increased bandwidth that would be made available.

So 6G promises speeds up to 100 times faster than current standards, and some say it will be much quicker even than that.

The increased bandwidth also means much more information can be transferred at any given moment, which allows new technologies such as autonomous vehicles and remote telesurgery to become more and more feasible. The amount of data such applications require makes them technically more difficult to develop given the current 5G standards.

We can expect many more physical objects to feature sensors, processors and software that connect them to the Internet of Things, so they can exchange data with other devices and systems. 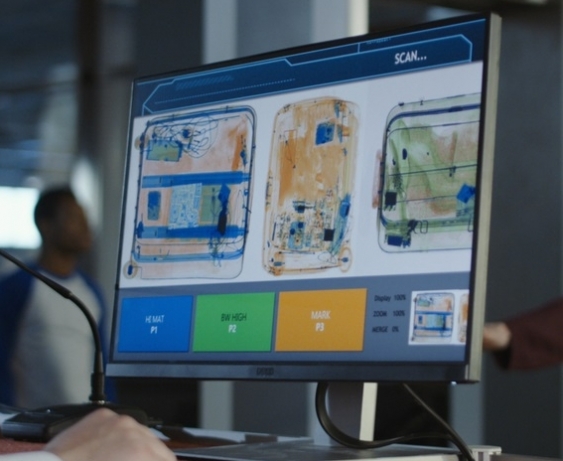 Terahertz radiation offers the potential to be able to specifically identify certain organic materials, such as illicit drugs or plastic explosives, hidden in packages which is not possible with conventional X-ray machines. Photo from Shutterstock

Aside from telecommunications, another benefit of starting to generate signals in the terahertz frequency range is related to security and imaging – as an alternative to X-ray scanners.

Terahertz signals are able to pass through ceramics, plastic textiles and paper which make it ideal for security screening, especially since other organic materials, such as explosives and certain illicit drugs, have high absorption peaks in terahertz radiation and therefore give off a distinctive ‘fingerprint’.

Therefore, it is possible to detect whether a sealed envelope or package contains illegal substances even without opening it – just by scanning with terahertz radiation.

This is currently not possible using X-ray scanning, which might detect that some kind of substance is hidden inside a package, but would not be able to determine whether it was a harmless bag of sugar or a block of cocaine.

In addition, the photon energy of radiation at terahertz frequencies is very low, which makes it a safe alternative for medical scanning purposes to X-rays which are ionizing and can damage living tissue and DNA.

What are the challenges that need to be overcome before 6G is a reality?

A key challenge for 6G at frequencies higher than 100 GHz is the attenuation – or weakening of the signal.

At higher frequencies, signals suffer more from what is called ‘free space path loss’ which is the reduction in the radio energy as the signal passes between two points through the air.

In addition, at high frequencies the signals are more disrupted by atmospheric attenuation due to water and oxygen molecules in the air. Thus the entire ‘terahertz gap’ spectrum is far from ideal for all forms of wireless communications, but there exists transmission windows for medium to long range wireless communications.

In order to compensate for the potential increased attenuation, the power source for 6G signals is likely to need to be much higher than is currently available.

However, researchers are working on developing beam steering which focuses signals much more accurately and directs it to a specific point.

Some have even proposed a network of drones to relay terahertz 6G signals and help overcome the attenuation problem to ensure seamless and ultra-reliable data transfer.

Another major issue with terahertz communications is suitable interconnect technology – which is the physical connection between two chips or components in a system.

Copper wires are currently widely used for many such connections, but above 100 GHz they have the tendency to dissipate electrical or electromagnetic energy and cannot support the types of bandwidth required for 6G.

Dr Atakaramians and the UNSW Terahertz Innovation Group are therefore conducting research, in collaboration with Adelaide University and industry partner Ericsson, to develop wires made of polymer fibres which could significantly reduce the losses.

What are the real-world applications for super-highspeed 6G?

Almost every industry will benefit from quicker information transfer, with 6G in the terahertz frequency range promising latency – that is the time delay before a transfer of data begins – of just microseconds.

A key development is expected to be in real-time telesurgery where low latency is vital, as well as other healthcare processes such as patient monitoring, and real-time analysis of MRI and CT scans. 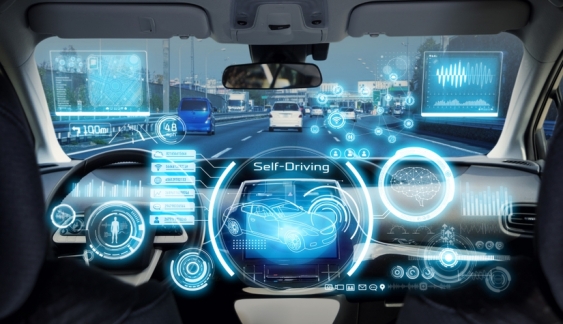 Autonomous vehicles are expected to take full use of the low latency promised by future 6G communications. Photo from Shutterstock

The availability of autonomous vehicles is also likely to increase as 6G makes it quicker and easier to deal with all the information being collected from various sensors and radars, which need to be transferred very rapidly to ensure a high level of safety.

In some cases, the attenuation of high frequency signals could actually be a benefit.

Near-field communication where sensitive and private data is being transferred becomes more secure when signals are more localised, while battlefield communications could take advantage of the fact that information cannot travel long distances and be picked up by the enemy.

When will 6G be available?

The exact standards and frequencies for 6G are yet to be defined. The International Telecommunication Union will host the World Radiocommunication Conference in 2023 where discussions about the extended use of the radio-frequency spectrum will take place, with a final decision likely at the next conference in 2027.

Research and development will continue rapidly in the meantime and applications are expected to roll out very soon after the Radio Regulations are set.

That means from around 2028, so in just six years’ time, the new dimension that 6G promises to deliver could start to be a reality.