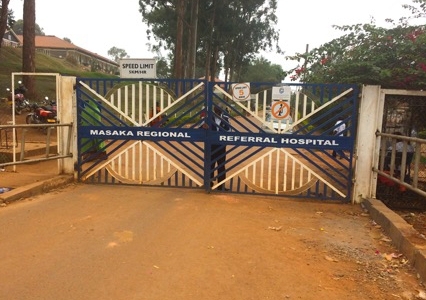 One of the hospitals in Uganda in which UNSW engineering students made much needed repairs to medical equipment. Picture: UNSW

Close to 50 engineering students from UNSW Sydney discovered first-hand that altruism is a two-way street when they repaired medical equipment in Cambodian and Ugandan hospitals as part of the Engineering World Health Summer Institute program.

The students found that despite the various hospitals being equipped with basic medical gear that one might expect in first world countries, without a proper program of maintenance and upkeep – as well as a scarcity of spare parts – the hospitals were often having to improvise when equipment became faulty and unusable.

Lucy Birdsey is a second-year student at UNSW doing a double degree in Engineering and Arts and was one of the group that travelled to Uganda as part of Engineering World Health Summer Institute (EWH). Lucy, who is majoring in mechatronic engineering and English, says she first heard about the EWH program from a mentor who had already completed a Cambodia trip.

“I was instantly drawn to the idea of the experience – since I was so early in my degree, I was looking for any way to expand my perspective of engineering globally,” she says.

“At MRRH we worked on a lot of suction machines, as they are very easily worn when overused, as most equipment was. We also spent a lot of time doing preventative maintenance to stop equipment from breaking down at a later point,” she says. 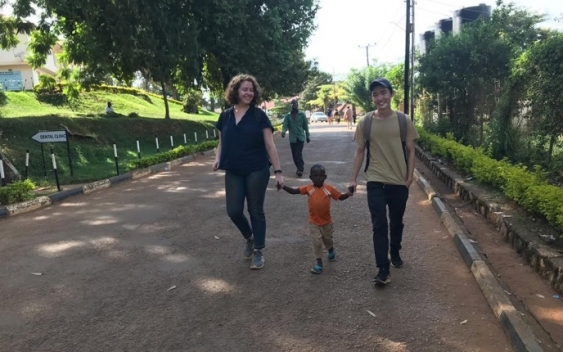 Lucy says that she and her colleagues went through “some form of culture shock” during their stays and it became apparent that there was a large part of the population living in poverty. But despite the differences, the trip highlight for Lucy was “by far the people”.

“Everyone we met was so kind and helpful to us, in a way that I think is rarer here in Australia than it should be. At our hospital, we often had a little boy, Wasua, who would visit us in the workshop every day to play with us (and more often, cause trouble!). He didn’t speak any English, but he was very interested in the engineering department – particularly my teammate, Paul, who became Wasua’s best friend.”

The friendliness and bonhomie of the local people was also noted by Yiyi Cheng, a 3rd year Mecatronics/Biomed student who was one of the 35 Engineering students who went to Cambodia.

“The locals were extremely friendly to everyone and were happily showing us their culture and different ways of living,” she says.

“Our homestay introduced us to their diverse cuisine as well as famous locations, which comfortably integrated us into their lifestyle.

“Although we were faced with some major changes such as cold showers or eating dinner on the floor, I found that I easily adjusted to this different lifestyle from the warm and welcoming attitude from our loving homestay families.”

Yiyi’s contribution to the project was focused on problem solving and trouble-shooting all the broken devices that were identified by the local hospital at Preah Sihanouk Province Referral Hospital.

“Some of the machines that were worked on during my time there include repairing and replacing the pressure cuffs on patient monitors, restoring tubing and gas flow in oxygen concentrators, nebulisers and fixing circuitry and replacing lightbulbs in surgical lamps,” she says

“I also created a user manual for an infant incubator and showed the staff in the paediatric ward how to use it properly.”

Yiyi says on the whole, it was both a challenging and rewarding experience.

“Given we were living in a foreign country and environment, it was also important to work on independence and challenging myself to integrate into their culture and develop relationships with people around me.

“The simplistic yet enjoyable way of life was very insightful and rewarding for my personal growth.”

But it wasn’t all work and no play, and Yiyi counts the exploration of the Cambodian cities on weekends a major highlight. Of the challenges, Yiyi said the most obvious was the language barrier as well as lack of information about the equipment in disrepair.

“But through online research, talking to the hospital technicians and asking our mentors and teammates, this definitely helped us overcome this.”

Dr Kark says the EWH program, which runs annually each summer, is a fantastic opportunity for students to learn new skills and make a difference in healthcare provision in developing countries.

“I have been involved since its inception,” Dr Kark says. “It was something I wish I had had as a student and I saw it as a wonderful opportunity to enrich the student experience.”

She says students are selected via a competitive application process which assesses their motivation for applying, their problem-solving abilities as well as resilience.

“Our students learn new technical skills,” Dr Kark says. “They are also made aware of their tremendous potential for improving the world, and importantly, they don’t need to wait until they graduate to make a real difference.

“The cultural exchange provides for a rich and long-lasting learning experience that can’t be taught in a classroom.”

Developing skills for a sustainable future