Meet the young scientists who've been selected as the Top 5 Under 40, an initiative of UNSW and ABC Radio National to mark 40 years of The Science Show. 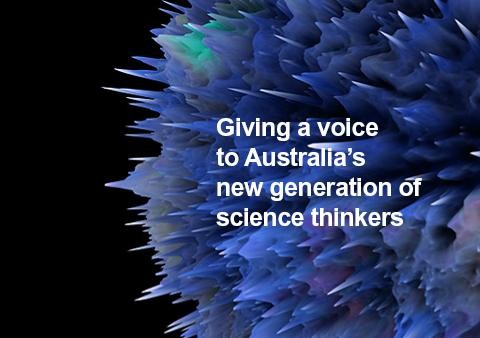 From arachnids to the cosmos, from communities in peril to nano-machines, the work of our young scientists is simply breathtaking. ABC RN in conjunction with UNSW has uncovered the very best early career researchers in a hunt for the Top 5 Under 40, an initiative to discover a new generation of science thinkers and give them a voice.

Following a nationwide call out which drew 250 high-calibre applications, shortlisted to 12 applicants who underwent an intensive training workshop and pitching session, five scientists have been selected to undertake a 10-day media program as ‘Scientists in Residence’ at RN, in celebration of 40 years of The Science Show.

“They took learnings from their disciplines and applied them in ways you would never predict,” said Professor Fiona Stanley (UWA), a member of the judging panel along with Robyn Williams, presenter of RN’s The Science Show and Professors Lesley Hughes (Macquarie) and Merlin Crossley (UNSW).

Of the 12 who were shortlisted for a two-day workshop at ABC RN, the Top 5 are: 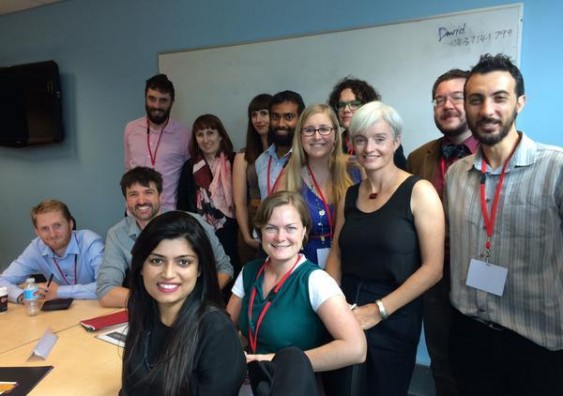 UNSW's Professor Emma Johnston (centre, standing) with the 12 finalists of the Top 5 under 40 science communication competition.

Ideas springing from their research will be realised on various ABC programs and platforms during stints as scientists in residence with RN during 2015.

“The work of our young scientists is critical to Australia’s future. UNSW is delighted to help give these talented young researchers a national voice,” said Professor Les Field, UNSW Deputy Vice-Chancellor (Research) and Secretary for Science Policy at the Australian Academy of Science.

Announcing the Top 5 Under 40 on The Science Show today, Robyn Williams described the calibre of their work as ‘breathtakingly good’. Videos of their presentations can be found via the RN website.

Top 5 Under 40: A national search for early-career researchers who have a flair and passion for communicating their work with five winners to be ‘Scientists in Residence’ across ABC RN.

Supported by UNSW, one of Australia’s leading science and technology universities and ABC RN, the ABC’s ideas network, in recognition of The Science Show, which celebrates 40 years on air in 2015.