Space terrorism and testing of space tourists might be theoretical problems today, but Nikki Coleman says having conversations now will help make sure they don't become real problems in the future. 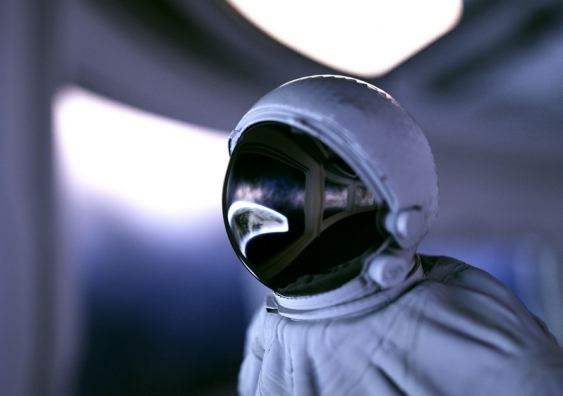 OPINION: It’s an exciting time to be working in the space sector – particularly with Australia’s recently announced commitment to developing a space agency.

But with advances come new challenges. Similar to technologies such as digital communications and robotics, advances in space science bring ethical dilemmas. What rights do space tourists have? How can we prevent space terrorism? Who should regulate space activities?

Now is the time to turn the spotlight on concerns about the operations of new and future stakeholders in space.

In the not-too-distant-past, operations in space were only available to the world’s superpowers: in particular the USA and Russia. We’ve seen the number of countries with space programs slowly increase over the years.

In recent times the cost of operating in space has dramatically decreased, allowing a large number of countries, and even some private companies, to become involved in space operations on a serious scale.

Unfortunately, the increase in the number of players operating in space brings with it new problems. One issue is that some newcomers might use their new-found abilities in problematic ways, such as space terrorism.

Another is linked to the fact that some of these new space ventures – such as Virgin Galactic, Space X and Space Adventures – are working to create opportunities never seen before, by allowing ordinary people to become space tourists.

We currently do not know what rights space tourists will have.

Undoubtedly they will be exceedingly rich members of our society, as only a very small proportion of the population is likely to be able to afford space travel as a destination in the foreseeable future. However, just because a person is rich does not make them immune to the dangers of space travel.

The risky nature of the launch and re-entry are perhaps the most easily identifiable concerns. However, there are other issues which are not immediately obvious.

For example, the physical and mental health of astronauts is assessed very thoroughly during and after space travel. Scientifically it would make sense to extend such monitoring to space tourists, since this will eventually increase the data set considerably.

But can space tourists truly give valid informed consent to such activities? It’s difficult to fully anticipate the long-term effects of space travel, let alone the effects of any medical experimentation that might go alongside it.

This may be a particular concern if becoming a space tourist is made conditional on giving consent to such monitoring, since in such cases the consent would, at the very least, appear to be coerced.

A larger concern to the wider community is the prospect of space terrorism.

Rogue states (and at some point in the future, even non-state groups such as ISIS) could potentially make large political statements through space.

An electromagentic pulse (EMP) terrorist attack on a satellite could leave it “dead” in orbit indefinitely. Or, a large debris field could be created through an explosion in space, making a whole range of orbits unusable for both civilian and military purposes for years to come.

The effect of either of these events could be to cripple communication and navigation worldwide, with flow-on effects felt in financial markets, hospitals, transportation, food distribution and many elements of everyday life.

Efforts to stop terrestrial terrorism involve multi-agency and multi-disciplinary approaches through the intelligence and justice systems.

These approaches revolve around intelligence gathering to identify and prevent terrorist attacks, as well as limiting access to raw materials that might be used to effect large numbers of people (force multipliers), such as bomb-making materials, bio-weapon ingredients and nuclear weapon components. These approaches have been effective in limiting the amount of damage terrorists are able to inflict, and so reduce the effect of terrorist actions.

It is important that we start discussing the ethical concerns raised by the entry of new stakeholders into the space community.

The impact of space terrorist actions by rogue states and non-state actors can plausibly be limited by similar approaches, largely through the diplomatic and intelligence community.

A second approach might be to regulate those few countries and companies that have launch capabilities. However, as we have seen in recent times, engaging in diplomatic negotiations to try to limit the actions of states like North Korea and Iran is certainly no easy task.

It is important that we start discussing the ethical concerns raised by the entry of new stakeholders into the space community. It is vital that decisions we make now foster innovation, while also mitigating the risks of the dramatic increase in space operations.

This will allow us to ensure that theoretical problems of the present do not become insurmountable, real problems in the future.

This article is based on a paper presented at the 68th International Astronautical Congress taking place this week in Adelaide, South Australia.