UNSW has won a first-of-its-kind grant that will maximise Australia’s opportunities in developing a cost-effective hydrogen export supply chain. 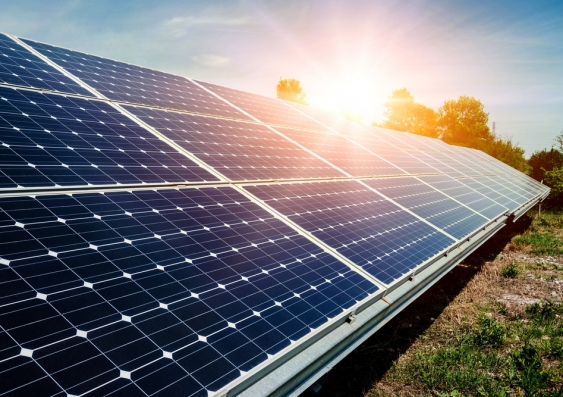 UNSW will receive more than $2.35 million for two projects that concentrate on solar energy as a means to create better ways to produce renewable hydrogen

UNSW Sydney researchers have been awarded a share of more than $22.1 million in funding from the Australian Renewable Energy Agency (ARENA) for research into hydrogen as a means to exporting renewable energy.

Hydrogen – or carriers like ammonia – are potential ways for Australia to export renewable energy. Electrical energy can readily be converted into hydrogen via electrolysis. Renewable or green hydrogen involves producing hydrogen from renewable sources for example via electrolysers powered by solar and wind.

This funding is aimed at helping to maximise Australia’s opportunities in developing a cost-effective hydrogen export supply chain and is the first time grants in this specific field have been offered.

UNSW will receive more than $3.6 million for three projects that concentrate on solar energy as a means to create better ways to produce and transport renewable hydrogen.

Scientia Professor Rose Amal AC has been awarded $1.3 million for research into “highly efficient and low cost photovoltaic-electrolysis (PVE) system to generate hydrogen by harvesting the full spectrum of sunlight”. The current obstacles to using PVE – or solar – to produce hydrogen are high cost and modest efficiency. Professor Amal’s project aims to develop a low-cost, highly efficient integrated PVE system that can use sunlight as the sole source of electricity, heat and light to produce hydrogen from water.

Professor Evatt Hawkes, Associate Professor Shawn Kook and Dr Shaun Chan will share a $2.5 million grant with researchers from the University of Melbourne to investigate the performance and value of efficient, heavy duty engines running on renewable hydrogen.  Studies of hydrogen injection and combustion will be used to develop advanced tools for the design and optimisation of highly efficient, hydrogen fuelled engines.

Associate Professor Jason Scott and Dr Da-wei Wang will receive $1.045 million to investigate a system that can convert organic waste into renewable hydrogen using solar energy. The project “Waste Biomass to Renewable Hydrogen” aims to develop a method to treat organic waste with heat from the sun to convert it into a form from which solar technology is used to extract hydrogen. A major benefit of this will be the creation of a sustainable process that extracts hydrogen from a waste stream with no carbon-dioxide by-product.

UNSW Dean of Engineering Professor Mark Hoffman said: “I am extremely impressed by our talented researchers who continue to lead their fields in renewable energy. As global demand for renewable energy increases, hydrogen is a likely potential export market for Australia, particularly to Asia, and the work that UNSW engineers are doing now will have a major impact on the nation’s ability to capitalise on this opportunity.”