The rest of the world is watching, government and industry leaders have been told, as UNSW ramps up commercial efforts to build a 10-qubit forerunner to a silicon-based quantum computer. 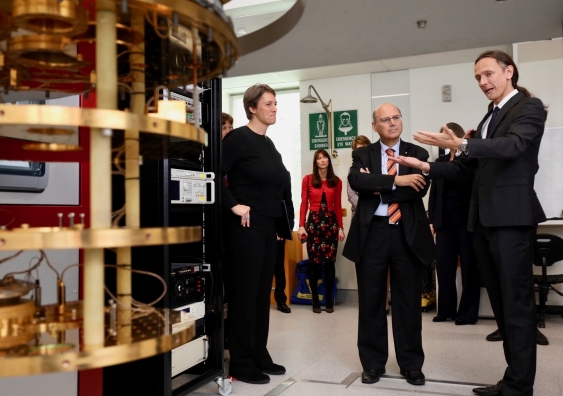 The NSW Government is the latest partner to join the $83 million venture, pledging $8.7 million from its recently announced Quantum Computing Fund.

The commitment builds on earlier investments from UNSW and its quantum computing researchers ($25 million), Commonwealth Bank of Australia ($14 million), Telstra ($10 million over two years) and the Australian Government ($25 million over five years) through its National Innovation & Science Agenda.

Silicon Quantum Computing Pty Ltd will drive the development and commercialisation of a 10-qubit quantum integrated circuit prototype in silicon by 2022 as the forerunner to a silicon-based quantum computer. The company will work alongside the Australian Research Council (ARC) Centre of Excellence for Quantum Computation and Communication Technology (CQC2T), operating from new laboratories within the Centre’s UNSW headquarters.

Speaking at an event to launch the company at UNSW today, chief researcher and board member Professor Michelle Simmons said the three-way collaboration between government, industry and universities was unique internationally.

“I know the rest of the world is watching us,” Professor Simmons said.

Federal Minister for Science, Innovation and Industry Arthur Sinodinos congratulated the company partners for their vision.

“We are launching here an Australian company which is at the forefront of what some people have described as the next space race,” Senator Sinodinos said.

He said quantum’s computational possibilities and capabilities had the potential to create entire new industries and revolutionise sectors across the economy. Australia was at least two or three years ahead of the rest of the world in developing the technology and the Australian government knew it had to back the effort.

“As a country, we punch above our weight when it comes to knowledge creation but we really need to be doing more to commercialise our great ideas here in Australia. And that is what this company is all about,” Senator Sinodinos said.

NSW Chief Scientist Mary O’Kane said she was proud to represent the NSW Government and announce its decision to buy a stake in Silicon Quantum Computing Pty Ltd.

She said the government was a long-time backer of the Centre of Excellence’s research and was determined to continue that support through investment in the company.

“We realise we do it as one of many partners… and we congratulate UNSW for taking such a sensible and far-sighted view with its long-term patent strategy,” she said.

Up to 40 staff are projected to be hired because of the new company, including 25 postdoctoral researchers, 12 PhD students, and lab technicians, with recruitment currently underway. 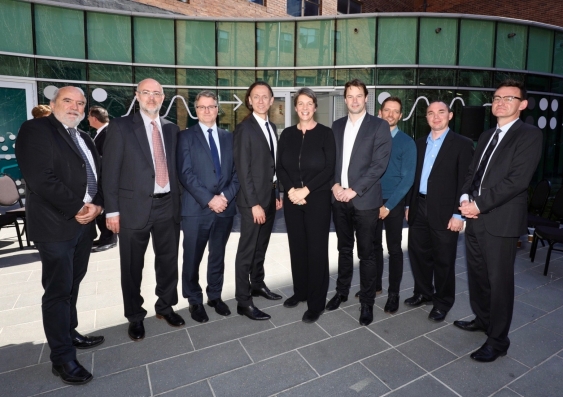 Interim Chair Stephen Menzies hailed the public-private partnership as a new direction for the commercialisation of Australian research. The company would maintain vital IP in Australia and develop a nascent quantum information ecosystem in NSW, he said.

“We have a board that is very corporate-focussed on developing and funding the engineering work to develop a 10-qubit device.

“We will fund hardware, but from that we will also develop a patent pool that will be without peer in the world. And that patent pool will allow us to work with other Australian institutions and corporations to lead to further innovation in the quantum age.”

Mr Menzies said the company hoped the initial shareholders would be the first of many.

“The company will need additional monies and the business plan contemplates that additional shareholders will join – all of whom we hope will bring strategic focus to the business and who will bring their own enthusiasm and passion to the technologies.” 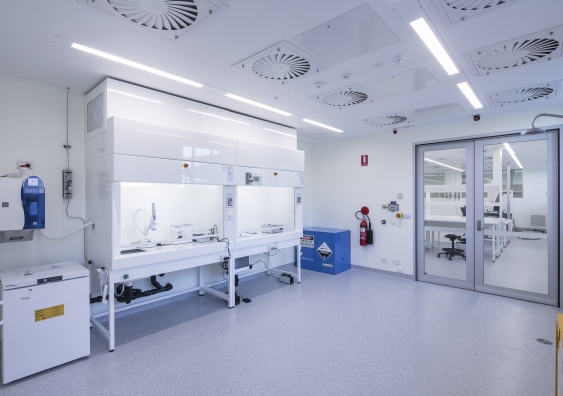 One of the new UNSW laboratories that will be used for the company’s research. Photo: cqc2t.org

The Centre of Excellence's scientists and engineers are the only group in the world that can make atomically precise devices in silicon. Its teams across UNSW and the University of Melbourne have produced the longest coherence time qubits in the solid state, the ability to optically address single dopant atoms in silicon, the lowest noise silicon devices and the first two qubit gate in silicon.

Professor Simmons said it was an exciting time to invest in an industry that would shape the 21st century.

“The world is accelerating in this field and by having a company sitting alongside a Centre of Excellence, with the powerhouse of students and post docs that come through, we can make sure that Australia stays at the very forefront of this race.

“We really are creating the future here today. With Silicon Quantum Computing Pty Ltd now incorporated, we are fully committed to developing a 10-qubit silicon prototype. We are open for business and open to further investment.

UNSW innovators and entrepreneurs to gather in San Francisco