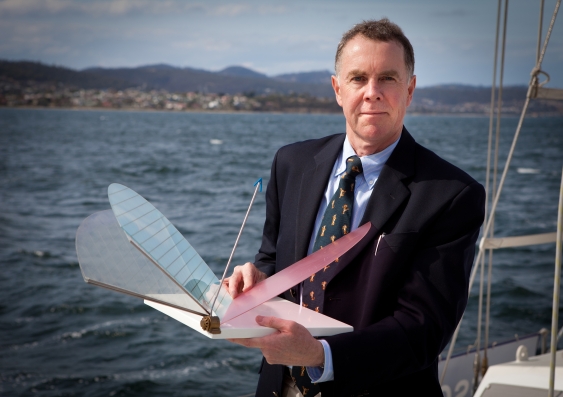 Scientia Professor Trevor McDougall from UNSW Science, Professor Maria Kavallaris from UNSW Medicine and the Children’s Cancer Institute, and Dr Brett Hallam from UNSW Engineering will be presented with their awards by Premier Gladys Berejiklian at a ceremony at Government House this evening.

Ms Berejiklian said the prizes recognize the contributions that scientists and engineers make to our everyday lives.

“A strong and dynamic research and development system is critical to driving innovation in the state’s economy,” she said. “This year’s prizes again demonstrate NSW has some of the world’s best and brightest scientists and technologists across a diverse range of disciplines right here in our own backyard.”

NSW Chief Scientist and Engineer Professor Mary O’Kane said: “The standard of nominations for this year’s prizes was again very high. I congratulate all of this year’s winners and thank them for the outstanding contribution they have made to science and engineering in NSW.” 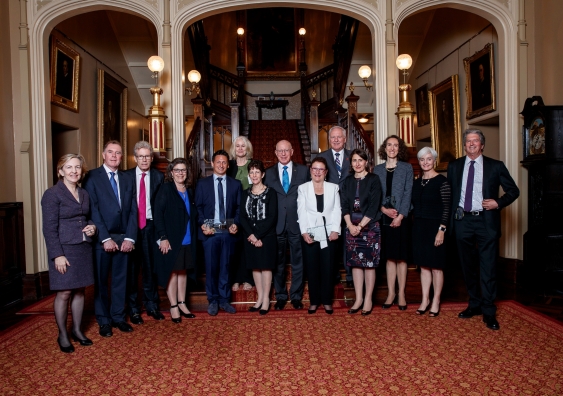 Professor Trevor McDougall, from the UNSW School of Mathematics and Statistic, won the award for Excellence in Mathematics, Earth Sciences, Chemistry and Physics.

As an internationally renowned researcher, his discoveries have influenced understanding of ocean dynamics and their key role in the climate. His research on ocean mixing processes and temperature and salinity variables has greatly improved ocean climate models and changed the way oceanographic data is analysed.

In particular, his recent research has forced a major rethink of how the deep ocean moves.

He holds an ARC Laureate Fellowship and is a Fellow of the Royal Society, the Australian Meteorological and Oceanographic Society, CSIRO and the Australian Academy of Science. 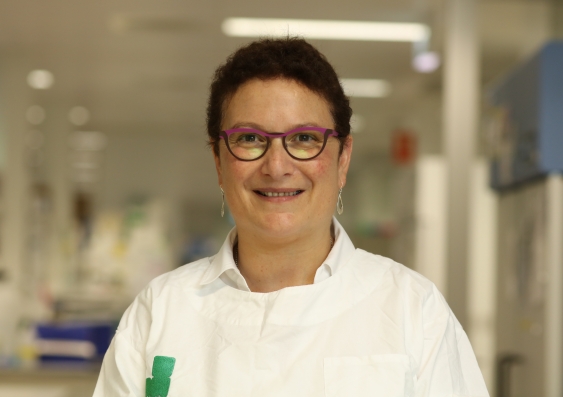 Professor Maria Kavallaris, of the Children’s Cancer Institute, won the award for Leadership in Innovation in New South Wales.

She is an internationally recognised authority in cancer biology research and nanomedicine therapeutics. She has made seminal contributions to the understanding of both the actions of anti-cancer agents and how resistance is developed against them.

Her studies have identified how some tumours can grow and spread in the body and she has applied this knowledge to develop effective and less toxic cancer therapies, which is particularly beneficial in treating childhood cancers, where safer therapies are desperately needed.

A founding Director of the Australian Centre for NanoMedicine at UNSW, she has combined her knowledge of cancer with an innovative multidisciplinary approach to develop therapy using nanotechnologies. A recent example is her gene-silencing nanoparticle delivery system targeting pancreatic cancer. 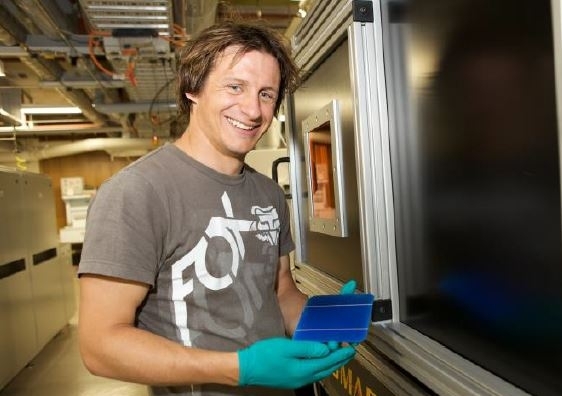 Dr Brett Hallam, from the School of Photovoltaic and Renewable Energy Engineering, won the award for Energy Innovation in New South Wales.

His research has is resulting in a significant increase in electrical output of solar panels which will lead to cheaper photovoltaic generated electricity. His focus is on developing techniques for manipulating the charge state of atomic hydrogen in silicon to neutralise performance-limiting defects in solar cells.

He has managed multiple international collaborations with industrial solar cell manufacturers and research institutes, achieving world-record silicon solar cell efficiencies. As a consultant for Suntech Power, he developed the innovative Pluto technology and was part of the team which fabricated the world’s first p-type Cz silicon solar cell with an efficiency greater than 20 per cent.

Professor Sally Dunwoodie, of the Victor Chang Cardiac Research Institute, will also be awarded the Excellence in Medical Biological Sciences prize for her research on the genetic and environmental causes of birth defects.

The $60,000 award for NSW Scientist of the Year went to Professor Gordon Wallace of the University of Wollongong, for his ground-breaking work fusing robotics with human biology.