In fields as diverse as quantum computing, human evolution, water use and solar power, nine UNSW researchers and a collaborative research team are finalists in this year’s prestigious Australian Museum Eureka Prizes. Winners will be announced at a Gala Awards Dinner at Sydney Town Hall on 26 August 2015. 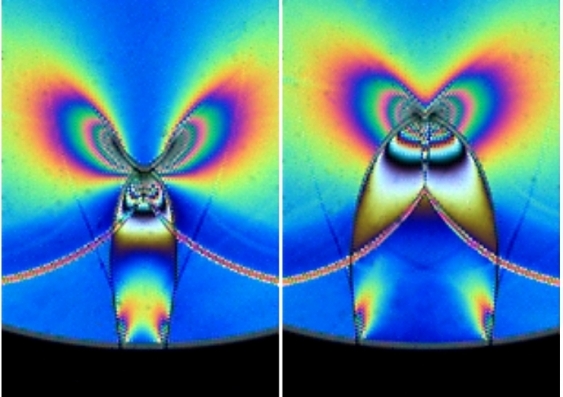 A detail of Harald Kleine's "Imperfect Focus"; a sequence of interferograms, which was highly commended in the New Scientist Eureka Prize for Science Photography

In fields as diverse as quantum computing, human evolution, water use and solar power, nine UNSW researchers and a collaborative research team are finalists in this year’s prestigious Australian Museum Eureka Prizes.

Known as the 'Oscars of Australian Science', the Eureka Prizes are the country’s most comprehensive national science awards, honouring excellence in Research and Innovation, Leadership, Science Communication and Journalism, and School Science. 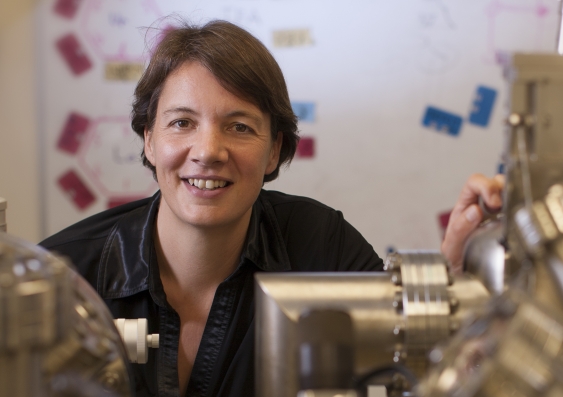 Also recognised for her leadership is Dr Rita Henderson, from the School of Chemical Engineering. Dr Henderson – an internationally recognised expert in water sustainability – is a contender for the 3M Eureka Prize for Emerging Leader in Science for her world-class program of research, advocacy and outreach.

In other categories, three UNSW researchers are vying for the ANSTO Eureka Prize for Innovative Use of Technology. 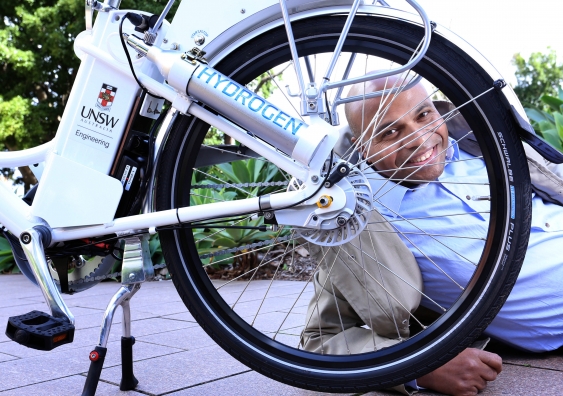 UNSW researchers also dominate in the Australian Government Eureka Prize for Promoting Understanding of Australian Science Research, with two of the three finalists from UNSW’s School of Biological, Earth and Environmental Sciences. 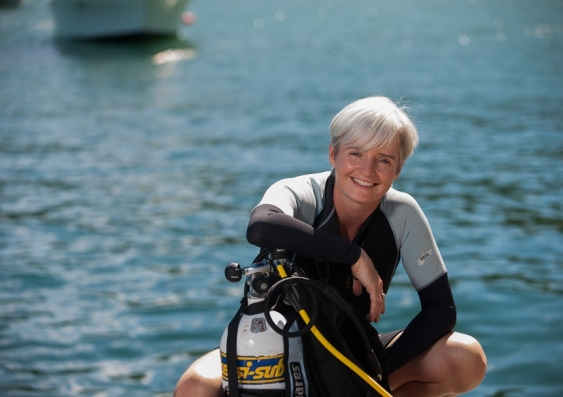 UNSW Canberra’s Associate Professor Charles Harb is a contender in the Defence Science and Technology Group Eureka Prize for Outstanding Science in Safeguarding Australia category. Associate Professor Harb has developed a cavity ring-down infra-red spectrometer that makes it possible to uniquely identify, in real time, and using only vapour, a range of materials of security and defence interest.

Professor David Keith’s Red List that identifies ecosystems at high risk of degradation has put the Centre for Ecosystem Science researcher in the running for the NSW Office of Environment and Heritage Eureka Prize for Environmental Research.

UNSW is also vying for the Scopus Eureka Prize for Excellence in International Scientific Collaboration, as part of FANTOM5, a group of 261 medical researchers and computational biologists from 20 countries, who have systematically investigated the sets of genes used in most cell types of the human body.

UNSW conjoint lecturer Dr Georgina Hollway, based at the Garvan Institute of Medical Research, and Monash University colleagues Professor Peter Currie and Phong Nguyen, are contenders for the University of New South Wales Eureka Prize for Scientific Research. The trio has unraveled the mystery of hematopoietic stem cell production that could lead to a cure for a range of blood disorders and immune diseases.

The UNSW-affiliated Garvan Institute is also shortlisted in the University of New South Wales Eureka Prize for Excellence in Interdisciplinary Scientific Research, as part of the BioCode project, which uses ‘omics’ approaches to unravel, in unprecedented detail and clarity, the insulin/IGF1 signalling pathway that plays essential roles in health, obesity and diseases such as diabetes.

Congratulations also go to UNSW Canberra’s Associate Professor Harald Kleine, who has been highly commended for his entry in the New Scientist Eureka Prize for Science Photography.

The Australian Museum Eureka Prize winners will be announced at a Gala Awards Dinner at Sydney Town Hall on 26 August 2015.

Details about all the 2015 Australian Museum Eureka Prizes finalists are now online at australianmuseum.net.au/eureka.

Millions of Australians still haven't had their COVID boosters. What message could convince them now?