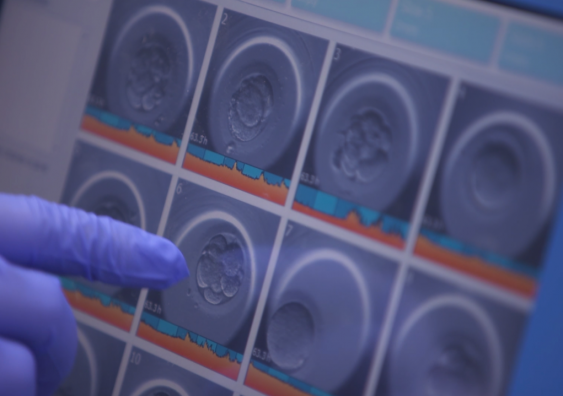 A problem first posed in a UNSW lecture has driven a current Medicine student to design a pioneering artificial intelligence system that is now helping women become pregnant via IVF.

Aengus Tran, 24, is in the final year of his undergraduate studies but has already joined forces with his brother Dimitry – an AGSM @ UNSW Business School Executive MBA alumnus – to set up a company called Harrison-AI which is improving embryo selection in IVF clinics.

The spark came from a visiting lecture by Dr Simon Cooke, the Scientific Director at IVF Australia, who explained how embryologists have traditionally manually assessed groups of embryos based on physical appearance at a limited number of critical development check points, before selecting which one they felt would be most likely to result in a pregnancy.

Aengus Tran identified that artificial intelligence could be used to make those decisions faster and also better – based on machine learning from thousands of previous successful and unsuccessful embryos – and ultimately designed a system that is now known as Ivy.

Ivy is a self-improving artificial intelligence that continuously learns from the embryos it analyses via a comprehensive three-dimensional assessment of the growth of the embryos through all stages of development in an incubator. It then relates this data to whether a fetal heart has developed or not. 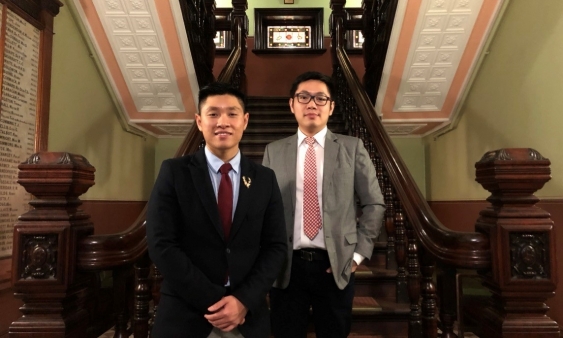 “Ivy has taught itself how to select out the embryo with the highest potential to create a fetal heart,” explains Tran, who is Chief Data Scientist at Harrison-AI.

“It starts off with a completely blank canvas and it's not influenced by any previous human knowledge or bias. It has learned directly from thousands of embryos that have had a known fetal heart outcome and has slowly and steady improved itself to become better and better at selecting embryos.”

Harrison-AI is now in partnership with Virtus Health, one of Australia’s leading providers of assisted reproductive services, which is poised to introduce Ivy technology in IVFAustralia clinics nationwide and also across Europe later this year.

Tran’s involvement in technology started at a young age in Vietnam where he was born and raised. His father was a mathematics and computer science teacher who coached Vietnamese students competing in national and international competitions in those topics.

Tran moved to Australia in year 8, before starting his medical studies at UNSW, but already has a business background having helped set-up social ticketing company Qnect with a group of university friends and winning a Global Student Challenge prize in 2015.

After selling his share in that growing business, Tran was able to buy his own super-computer that helped him develop his interest and knowledge of artificial intelligence systems. 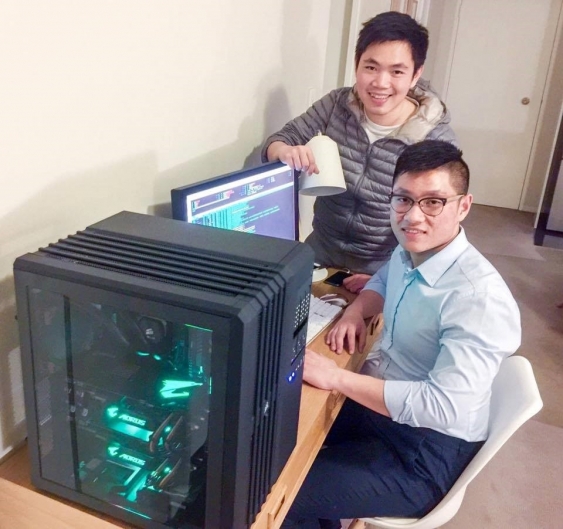 Aengus and Dimitry Tran became interested in technology at an early age growing up in Vietnam, where their father was a mathematics and computer science teacher

As well as in IVF, Harrison-AI is hoping to utilise the innovative technology to help patients suffering from various health issues including lung problems and eye disease.

Dimitry Tran, 32, who graduated from AGSM with an Executive MBA in 2015, is also the chairman of Harrison-AI and said: “A lot of very exciting things are possible right now because of the level we’re at with computing power. It’s opening up a whole new field of innovation and we’re very much in the early days of working out how to apply AI to health care.

“With lung disease, the problem is to detect tuberculosis. We’re specifically working on how to put this technology in the hands of doctors in Vietnam. We don’t just want to write a paper or go to a conference and talk about this technology, we really want to make a difference to how people treat this disease and help patients.

“In the past, people used to talk about the Trifecta problem. You could not have something that was very fast, very good and very cheap – you could only pick two of those to be correct. But now for the first time with AI it is possible to be fast, accurate and cheap.”