For the first time in 23 years, an Australian team has competed at an international ‘agility course’ for autonomous robots – and walked away with six awards. 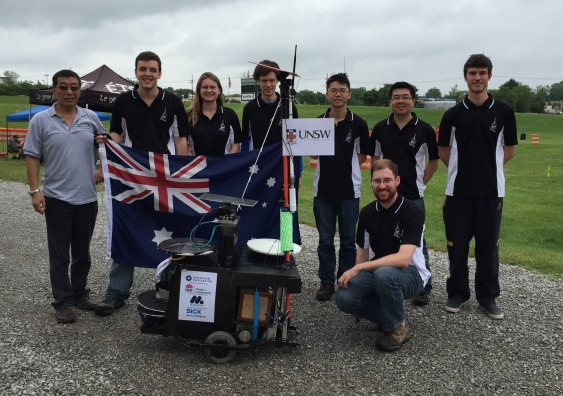 For the first time in 23 years, an Australian team has competed at an international ‘agility course’ for autonomous robots – and walked away with six awards.

Six UNSW Engineering students and their robot Pepper travelled to Michigan, USA, to compete in the International Ground Vehicle Competition against 40 teams from around the world.

Mark Whitty, a mechatronics lecturer who travelled with the students, said that the robot’s performance was phenomenal and wowed everyone at the event. “Pepper managed to break both course records and ran twice as fast as the only other robot that managed to complete the advanced course.”

What’s unique about this tournament is that competitors don’t know the structure of the course ahead of time. “All we know is that there will be white lines and fences, there will be obstacles of an approximate size and we have a vague idea of the course’s shape,” said Whitty. “Other than that, the robot has to deal with whatever it sees.” 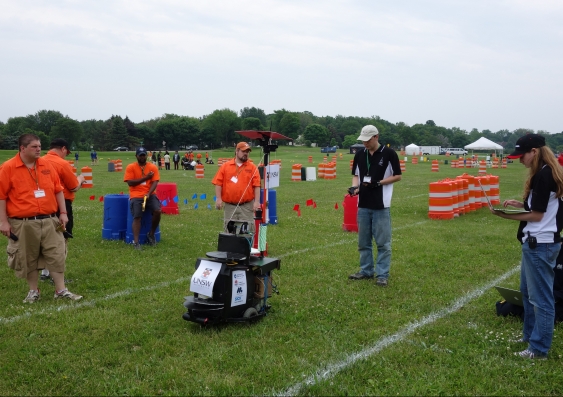 “On the advanced course, we broke a record that had been set for the first time the previous year and completed the course twice as fast as the nearest robot,” Whitty said. “On the basic course, again we broke the course record, leaving the judges’ jaws agape.”

The team was inspired to compete at the international level last year after winning on Autonomous Ground Vehicle Challenge on home ground. “With our robot Buttercup we blitzed the field by far last year, taking out first place,” said Whitty. “The $15,000 in prize money and flights to the U.S. meant that we could go global.”

The competition is a training ground for students in how to use robots, artificial intelligence and other autonomous systems. It gives them hands-on experience in how to make systems fool-proof, fault-tolerant and ensure they can run in any conditions.

“A lot of what you see in the robotics industry is in very controlled environments,” said Whitty. “These students are making a name for themselves. They are making robots that can run in far less controlled environments, which is needed to improve automation. It really showcases how we teach here at UNSW. It’s outstanding what the students have done.”

What’s next? The team is gathering ideas and support to enter the Mohamed Bin Zayed International Robotics Challenge (MBZIRC) in the Middle East next year.