UNSW's Professor Toby Walsh has been named runner-up for a global award for his work alerting the world to the dangers of robotic weapons. 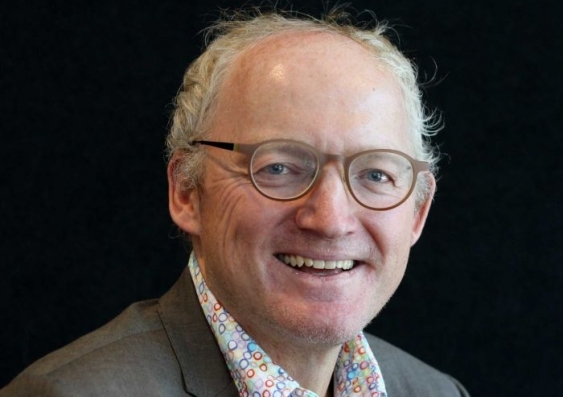 Scientia Professor Toby Walsh has been elected a 2020 Association for Computing Machinery Fellow.

UNSW Sydney’s Toby Walsh and a group of artificial intelligence (AI) and robotics entrepreneurs have been named runner-up for the 2017 Arms Control Persons of the Year award, beating Pope Francis, who was named second runner-up.

Walsh, Scientia Professor of AI at UNSW, and 137 founders and directors of over 100 robotics and AI companies were among nine nominees for the Arms Control Association’s annual Person/s of the Year Award for their work warning of the dangers of lethal autonomous weapon systems (LAWS).

Since 2007, the Association has nominated individuals and institutions that have advanced effective arms control, non-proliferation, and disarmament solutions or raised awareness of the threats posed by mass casualty weapons.

Walsh and his group were nominated for releasing an open letter warning of the dangers posed by uncontrolled development of such weapon systems. It was released last August at the opening of the influential International Joint Conference on Artificial Intelligence (IJCAI 2017) in Melbourne. Signatories included British AI researcher and CEO of Google’s DeepMind Demis Hassabis and Tesla CEO Elon Mus.

Toby Walsh talks about the ethics of AI.

Their efforts helped push government delegations at the Convention on Certain Conventional Weapons in Geneva to consider options for regulating this new class of potentially destabilizing weapons, according to the Arms Control Association.

Diplomats from the disarmament delegations of Austria, Brazil, Ireland, Mexico, New Zealand, and South Africa, and Ambassador Elayne Whyte Gómez of Costa Rica received the highest number of votes in the poll in recognition of their efforts to secure the historic 2017 Treaty on the Prohibition of Nuclear Weapons.

More than 2,500 people from over 90 countries voted, the highest number of votes from the widest range of countries in the 10-year history of the contest.

“In a year marked by rising tensions between the world’s nuclear-armed states, the negotiation of the Treaty on the Prohibition of Nuclear Weapons stands out as a historic achievement,” noted Daryl Kimball, executive director of the Arms Control Association.

Pope Francis was nominated for his declaration that the possession of nuclear weapons is immoral, completing the Catholic Church’s shift away from conditional acceptance of nuclear deterrence, and for his call for a more inclusive and effective process to advance disarmament. Pope Francis and the Vatican convened a major international conference in November to discuss the steps toward a world without nuclear weapons.

​In November, Walsh organised a letter from Australia's AI research community to the Australian Government calling for it to support a ban on LAWS. The letter asked Australia to become the 20th country to call for a ban on lethal autonomous weapons.

Walsh says the AI and robotics communities have sent clear and consistent messages about this issue in recent years.

“We need to act now to ban lethal autonomous weapons,” he says.

“Artificial Intelligence can be used for immense good, to improve productivity, to tackle climate change, and to improve health care. Equally, AI can be used to make our lives much worse, especially if we let machines decide who lives and who dies.”