A global analysis of rainfall and rivers by UNSW engineers has discovered a growing pattern of intense flooding in urban areas coupled with drier soils in rural and farming areas. 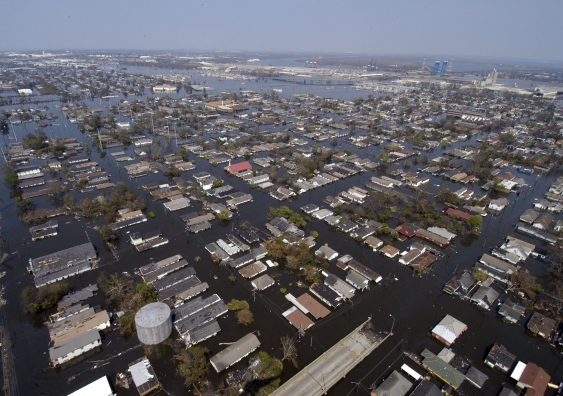 Drier soils and reduced water flow in rural areas but more intense rainfall that overwhelms infrastructure and causes flooding and stormwater overflow in urban centres. That’s the finding of an exhaustive global analysis of the world’s river systems by UNSW researchers.

The study by engineers at UNSW, which appears in the latest issue of the journal Nature Scientific Reports, explored how rising local temperatures due to climate change might be affecting river flows. It reviewed data collected from more than 43,000 rainfall stations and 5,300 river monitoring sites across 160 countries.

As expected, it found warmer temperatures lead to more intense storms: a warming atmosphere means warmer air, and warmer air can store more moisture. So when the rains do come, there is a lot more water in the air to fall, and rainfall is more intense.

But there has been a growing puzzle: why is flooding not increasing at the same rate as the higher rainfall?

The answer turned out to be the other facet of rising temperatures: more evaporation from moist soils – which are needed in rural areas to sustain vegetation and livestock – is causing them to become drier before any new rain occurs. Meanwhile, in small catchments and urban areas where there are limited expanses of soil to capture and retain moisture, the intense downpours become equally intense floods, overwhelming stormwater infrastructure and disrupting life. 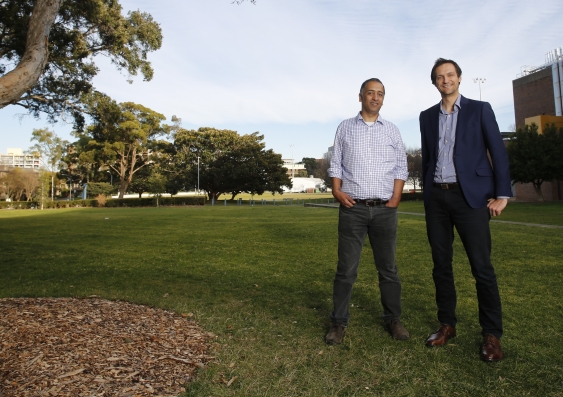 “Once we sorted through the masses of data, this pattern was very clear,” said Ashish Sharma, a professor of hydrology at UNSW’s School of Civil and Environmental Engineering. “The fact that we relied on observed flow and rainfall data from across the world, instead of uncertain model simulations, means we are seeing a real-world effect – one that was not at all apparent before.”

“It's a double whammy,” said Dr Conrad Wasko, lead author of the paper and postdoctoral fellow at UNSW’s Water Research Centre. “People are increasingly migrating to cities, where flooding is getting worse. At the same time, we need adequate flows in rural areas to sustain the agriculture to supply these burgeoning urban populations”.

Global flood damage cost more than US$50 billion in 2013, a figure expected to more than double in the next 20 years as extreme storms and rainfall intensify and growing numbers of people move into urban centres. Meanwhile, global population over the next 20 years is forecast to rise another 23%, from today’s 7.3 billion to 9 billion, requiring added productivity and greater water security. The reduction in flows noted by this study makes this an even bigger challenge than before.

“We need to adapt to this emerging reality,” said Sharma. “We may need to do what was done to make previously uninhabitable places liveable: engineer catchments to ensure stable and controlled access to water. Places such as California, or much of the Netherlands, thrive due to extensive civil engineering. Perhaps a similar effort is needed to deal with the consequences of a changing climate as we enter an era where water availability is not as reliable as before.” 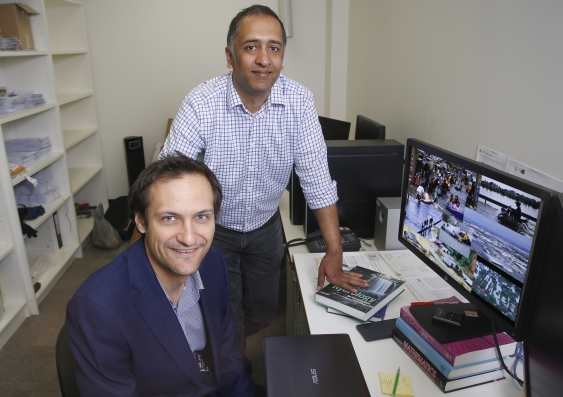 “Climate change keeps delivering us unpleasant surprises,” said Professor Mark Hoffman, UNSW’s Dean of Engineering. “Nevertheless, as engineers, our role is to identify the problem and develop solutions. Knowing the problem is often half the battle, and this study has definitely identified a major one.”

Rainfall data used in the study was collected from the Global Historical Climatology Network, which contains records from over 100,000 weather stations in 180 countries and is managed by the U.S. National Oceanic and Atmospheric Administration. River flow data came from the Global Runoff Database, run by Germany’s Federal Institute of Hydrology, which relies on river discharge information collected daily or monthly from more than 9,300 stations in 160 countries.

Why warmer storms could lead to more flooding than expected