Matthew Hutson, a technology writer and contributor to Science, Newsweek and Wired, will be the second recipient of the Ingenuity Fellowship, UNSW Engineering’s Journalist in Residence Program. 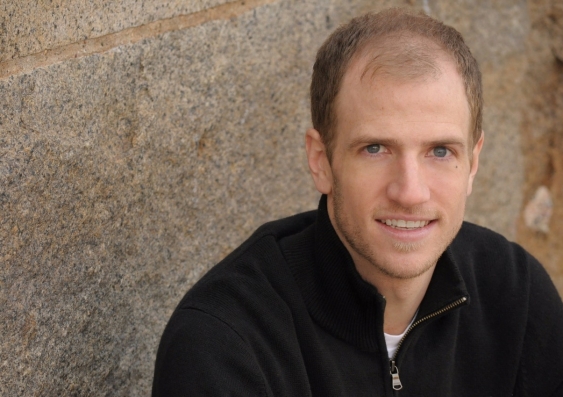 Matthew Hutson, a technology writer and contributor to Science, Newsweek and Wired.

Matthew Hutson, a technology writer and contributor to Science, Newsweek, Wired, The Atlantic and The Economist, will be the second recipient of the Ingenuity Fellowship, the UNSW Faculty of Engineering’s Journalist in Residence Program.

With a BSc in cognitive neuroscience from Brown University and a Master’s in science writing from the Massachusetts Institute of Technology, he is the author of The 7 Laws of Magical Thinking: How Irrational Beliefs Keep Us Happy, Healthy, and Sane – called one of the four non-fiction "Best Books" of 2012 by Discover magazine.

"This is an excellent opportunity to explore Australian science and technology up close," said Hutson, who lives in New York. "Spending time with leading researchers and visiting their laboratories over the three weeks of the fellowship – without having to worry about the pressure of deadlines – is the kind of luxury science journalists just don’t have any more.

"I’m hoping to spend my time at UNSW with wide eyes and an open notebook, absorbing the activity and excitement. And I’ll return with a better understanding of those areas in which UNSW excels – like quantum computing, solar energy, bionic vision, artificial intelligence and advanced polymers and membranes. And hopefully be inspired to write stories based on UNSW projects."

A former news editor at Psychology Today, since 2003 he has been specialised in science and technology for a range of publications, including Businessweek, The New York Times Magazine, Scientific American, New Scientist, Technology Review, The Washington Post and The Wall Street Journal.

“There’s amazing research going at UNSW and, although it’s often among the world’s best, it doesn’t always get noticed outside of Australia,” said Mark Hoffman, UNSW’s Dean of Engineering. "If we are to have the greatest impact in the world at large, as a university and as engineers, we need to get our research out to the world."

The Ingenuity Fellowship is to offered twice a year to science and technology journalists outside Australia. Applications for the next intake will be offered in January 2018.

In the latest round, applications were received from journalists in Canada, Croatia, Denmark and the USA, working for outlets such as Nature News, Politiken, Science News, the Serbian Broadcasting Corporation, Silicon Valley Business Journal, U.S. News & World Report and Weekendavisen.

Hutson begins his three-week visit to UNSW in on Monday 12 November.