If we aren’t careful with our online data, artificial intelligence will take over our intimate personal lives, a new book says. 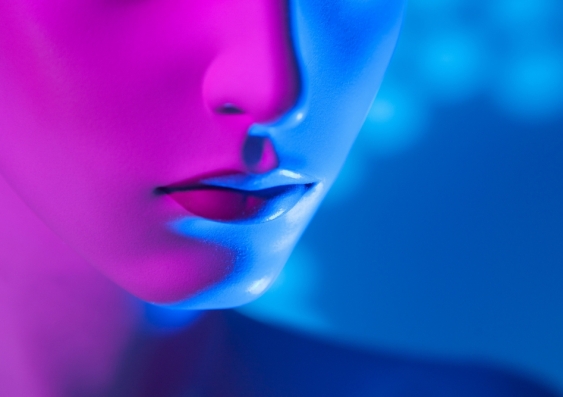 Rob Brooks says digital lovers such as sex robots can meet a huge, unmet demand for sex from people who are lonely and crave intimacy, but also have the potential to blackmail and manipulate us. Image: Shutterstock.

Advances in technology mean that machines are increasingly influencing our relationships and if we aren’t careful with our data, these technologies will exploit us, UNSW Scientia Professor of Evolutionary Biology Rob Brooks says.

He says Tinder, Facebook and sex dollbots are quickly learning how to hack into the things that make us human; behaviours such as intimacy, friendship, love and sex.

The Professor from UNSW’s School of Biological, Earth and Environmental Sciences says there are opportunities for these technologies, which are being transformed by robotics and virtual reality but especially by artificial intelligence.

But he warns the technologies have become very good at emulating the things that humans do, and users are at risk of being exploited due to lack of ownership of their data.

“If you're having simulated relationships with machines you would want it to be private because the capacity for blackmail is high, but obviously manipulation is high too,” Prof. Brooks says.

“Artificial intimacies can establish relationships and then hand over data to a human scammer, or they might actually become the best scammers themselves. Like with any technology, there’s all sorts of potential for good, but that can also very easily be used for ill.”

Prof. Brooks has outlined the consequences of human minds interacting with 21st century technology in his latest book Artificial Intimacy.

Sex robots and virtual reality are examples of digital lovers.

“Virtual reality is getting to the point where it can be responsive to people, it can learn what people need instead of learning how to deliver what individuals need,” he says.

He says virtual reality sex – where two people can have an encounter with one another but from a distance – is a technology that will be available very soon.

An example of virtual friends is social media, for example Facebook, which “mimics our grooming behaviour, the way in which we attend to our friends”.

“Facebook allows us to share our gossip with people and we spend a lot of that time looking at what's happening in other people's lives basically doing the electronic equivalent of gossip,” he says.

“We are constrained in how many close friends we can have and this means that it ends up displacing you from time you would spend with family and talking to your children and with your offline friends.”

He says machine learning is also figuring out how to build intimacy with humans.

“That’s a whole new type of human relations,” he says.

Algorithmic matchmakers - social media such as YouTube, Tinder, Grindr, Christian Connection and OKCupid - use machine learning to suggest new videos or potential mates that you might like, but that are completely unrelated to anything you have ever seen on the platforms.

“That's how YouTube became the ‘crack cocaine’ that it is today,” he says.

“(Dating Apps) are not very good at making good matches, but they are very good at pairing people up who are of similar attractiveness, and then starting them off on that business of having a conversation.”

Prof. Brooks says there are opportunities for these technologies to help people. For example, virtual friends can provide cognitive behaviour therapy.

“There are a number of therapy bots coming out at the moment that will listen to people, will help people to work through and expose their own issues, but also that will guide them through things like cognitive therapy,” he says.

In the same way, he says digital lovers can meet the “huge, unmet demand for sex” from people who are lonely and crave intimacy but are unable to get it in the world of human interactions.

But these technologies also pose serious threats such as social media feeds of fake news.

The problem of sexual inequality is also made worse by algorithmic matchmakers.

“We know from my studies, there are big differences between the sexually and reproductively successful people and the ones who don’t end up becoming ancestors,” he says. “A lot of our drive surrounding sex and relationships and social goals are deep evolved drives that have arisen from this danger of never becoming an ancestor… people will strive very hard to avoid missing out, to avoid being one of the many people who historically have been unable to find a partner.”

He says an App like Tinder works on the basis of matching people of similar attractiveness.

He says this variation between attractive and non-attractive people as to how much attention they get “is bigger than it’s probably ever been in any mating market in history”.

But Prof. Brooks is also concerned about a coalition of activists with a “very strong anti-sex robot, anti-digital lover, anti-sex work view”.

“Suddenly there are laws cropping up that are restricting the amount of sex and sexual content and making content providers responsible for the sexualised content that's on the internet. That seems to be very much directed at sex work, and at trying to shut down all the opportunities that the internet created for sex work.”

Prof. Brooks says societies will be safer and more pleasant places to live if social media companies don't get monopoly control over data; if technologies are regulated; and there’s no crackdown on their sexual nature.

“If we regulate things properly to make sure that people are safe, and that there's consent where consent’s required, but we maintain a relaxed attitude towards sex, then we’ll defend the gains of the sexual revolution,” he says.

“We will find that maybe relationships, maybe marriages don't last as long, but the stakes aren't quite as high if people adopt a more relaxed and individual centred view of what's right and wrong.”

Artificial Intimacy is published by NewSouth.

Men are from Mars, women are from ... Mars? How people choose partners is surprisingly similar