Rewilding is gaining popularity around the world, as a means to restore ecosystems to their ancient state. But just like Vegemite, Australian rewilding projects need to have a unique flavour. 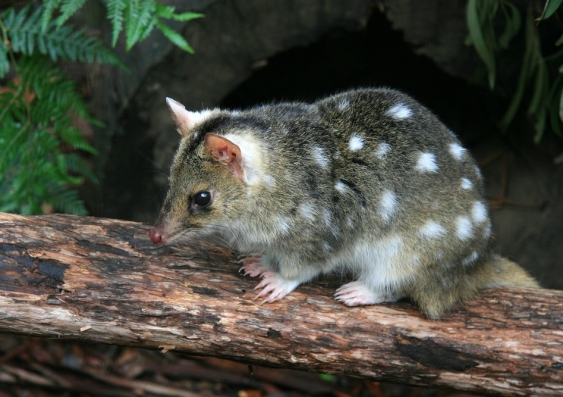 Eastern quolls have been introduced in Booderee Nation Park as part of a rewilding project. Image from Shutterstock

Since colonisation, a dizzying array of Australia’s native species and ecosystems have been altered or removed altogether. It therefore seems natural to consider the idea of restoring what’s been lost – a process termed “rewilding”.

Now a global trend, rewilding projects aim to restore functional ecosystems. The rationale is that by reactivating the often complex relationships between species – such as apex predators and their prey, for example – these ecosystems once again become able to sustain themselves.

The reintroduction of wolves to Yellowstone National Park in the United States remains the most recognised example of rewilding. The wolves reduced elk numbers and changed their behaviour, which allowed vegetation to grow and stabilise stream banks.

It’s not hard to see why rewilding is popular, given that it sounds a note of hope and inspiration amid the seemingly endless stories of despair over ecological disaster.

But in Australia, we need to do rewilding differently. The particular challenges we face with issues such as introduced species mean that, like Vegemite, our rewilding future must have a unique flavour.

Our recently published paper builds on findings from a rewilding forum held in Sydney in late 2016. Academics, government and non-government agencies met to discuss some of the outstanding issues around rewilding in Australia. Despite the large, diverse audience and wide-ranging views, the forum succeeded in identifying some key themes.

Peninsulas often good locations for rewilding in Australia because their geography allows the impacts of introduced predators to be minimised. Booderee National Park at Jervis Bay has reintroduced long-nosed potoroos, southern brown bandicoots and eastern quolls. 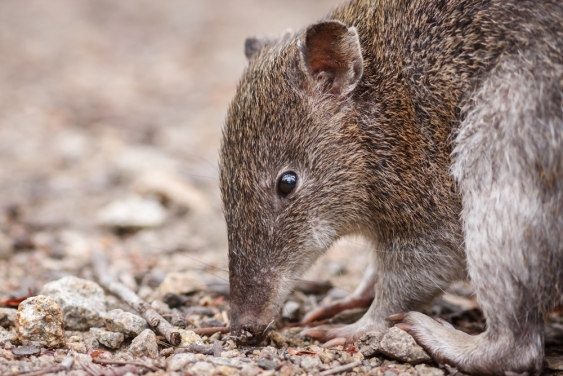 A much bigger Peninsula, Yorke, in South Australia, is the site of an ambitious project to reintroduce 20 species currently extinct in the area.

The widespread removal of dingoes has reduced natural control on introduced species such as foxes and cats. This in turn has allowed feral cats and red foxes to prey on small digging native mammals in the absence of a larger competitor. Meanwhile, declines in Tasmanian devils have been mirrored by declines in smaller predators like eastern quolls, and changes to cat behaviour, suggesting devils indirectly affect other species.

Many of these digging mammals have declined continent-wide and disappeared completely from other areas. This in turn has resulted in knock-on effects, such as altered fire regimes and changes to plant diversity.

It’s no surprise, then, that our workshop identified restoring predators and small mammals as priorities in Australia. Lots of work is already going on to restore small mammal populations, such as via Australian Wildlife Conservancy’s and Arid Recovery’s fenced exclosures, from which foxes and cats have been eliminated.

But exclosures are also contrary to the aims of rewilding, because they need ongoing maintenance and do not help the ecosystem inside to be self-sustaining. They can also exacerbate prey naïveté, whereby the native mammals fail to recognise and avoid introduced predators.

It may therefore be useful to view fences as a stepping stone to restoring small mammal populations to broader landscapes, helped by a variety of means including promoting co-evolution of native and introduced species, incentives to farmers, and the use of guardian animals.

Passive rewilding – the removal of human agriculture, resulting in the return of natural vegetation – has had positive impacts on biodiversity in Europe. It could have similarly positive impacts here, for example by increasing the density of tree hollows in previously logged forest and woodland. But a complete removal of management is unlikely to be effective because of, for example, the need to manage fire and the presence of introduced species like miner birds that exert influences on other species and even entire ecosystems.

In arid areas, simply removing agriculture is unlikely to halt the declines in biodiversity unless deliberate steps are taken to control pest plants and animals and to shift the ecosystem into a preferred state. In oceans, where rewilding is no less urgent due to declines in large predatory fish, passive rewilding may be more feasible, as marine protected areas can result in recovery of fish, provided certain key criteria are met.

Reintroducing large (bigger than 100kg) herbivores is part of rewilding efforts in Europe and Asia. Yet in Australia, all large herbivores are introduced and are generally perceived as having negative impacts.

“Natural” control of such species is not possible due to a lack of big native predators. Introducing “surrogates” of long-extinct predators (as are used elsewhere in rewilding) would have predictable results in terms of human acceptance (farmers wouldn’t like it), but uncertain impacts on ecosystems.

People can benefit from rewilding – either directly, through wildlife tourism income or reduced kangaroo grazing on farmland, or indirectly such as via provision of services like flood control. So rewilding should not, as has been suggested elsewhere, necessarily separate humans from nature. Aboriginal owned and managed land offers huge opportunities in this regard because it covers 52% of the country and is home to many threatened species. In urban areas, rewilding will have to be a compromise between what is acceptable to humans and what benefits ecosystems most.

There is clearly an appetite among scientists and managers for bold interventions such as trial reintroductions of Tasmanian devils to mainland Australia to restore ancient food chains or allowing dingoes to return to areas where they occur at low densities and are functionally extinct. Rewilding’s focus on restoration of ecosystem processes can complement, but not replace, existing conservation approaches. For example, we still need to achieve a comprehensive, adequate and representative reserve network on land and at sea.

Development of a rewilding vision and strategy would be a valuable first step towards maximising the potential of rewilding, tracking success, and persuading governments to fund it.

The authors would like to gratefully acknowledge the contribution of Dr Andy Sharp, Natural Resources Northern and Yorke Manager Planning and Programs, to this article.