When groundwater comes to the surface, sunlight and air convert organic molecules to greenhouse gases. That’s going to be a problem as we will need this water more as the world warms. 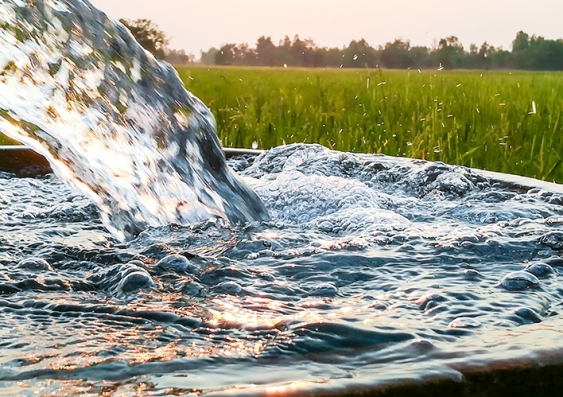 Groundwater has been hugely beneficial to us for use in agriculture or as drinking water. Photo: Shutterstock

Dry land isn’t really dry. It’s saturated with truly vast volumes of groundwater, hidden in the spaces of the earth we walk on. How much? Recent estimates put it at almost two trillion Olympic swimming pools of water stored in the upper 10 km of continental crust.

Groundwater has been hugely beneficial to us for use in agriculture or as drinking water. As the world warms and waterways dry up, this extraction will only increase. But there’s a hidden problem. We used to think the organic matter in groundwater didn’t react when brought up. Sadly, the reverse is true. Our new research published in Nature Communications has found when groundwater – especially from deep down – is pumped to the surface, it brings with it dissolved organic matter preserved from long ago. Once sunlight and oxygen hit this matter, it can easily turn into carbon dioxide.

Unfortunately, that means groundwater is likely to be yet another source of planet-heating greenhouse gases, and one which is not included in our carbon budgets. How large? We estimate up to the same amount of dissolved organic carbon as that pumped out by the Congo River each year, the world’s second largest by volume.

This problem is set to increase, as over-extraction of accessible groundwater forces us to hunt for the deeper water, which has much more of this greenhouse gas-producing organic matter. We must include this unexpected greenhouse gas source in our carbon budgets. 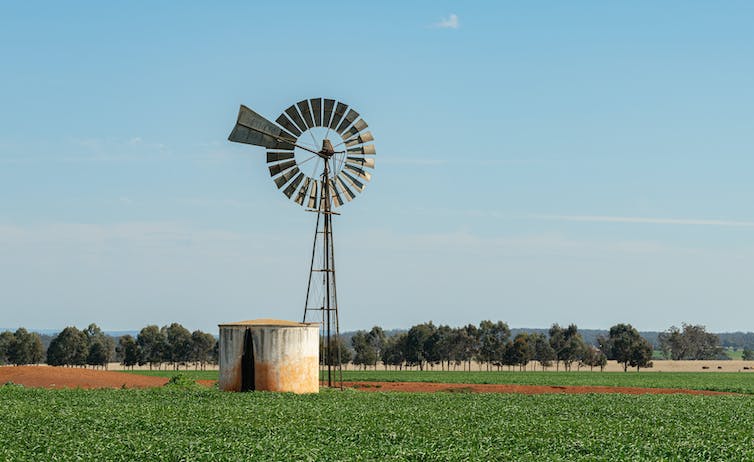 So how can groundwater be a greenhouse gas source?

Groundwater can remain underground for millions of years, with its chemical composition based on the rocks or earth it’s surrounded by. During this time, the dissolved organic matter degrades very slowly. That’s because it’s dark down there and there’s no way of replenishing oxygen that would usually be dissolved into the water from the atmosphere.

Our bores and pumps are one way groundwater comes into the daylight and air. But at present, natural flows account for much more. Every day, groundwater seeps out of the world’s coastlines at a rate of 13 times the water in Sydney Harbour. By contrast, all the world’s bores pump up around five Sydney Harbours a day. (The Australian unit of measurement, a Sydharb, represents 500 gigalitres).

We found that long term exposure to dark, oxygen-depleted deep groundwater environments meant molecules were preserved which were usually broken down by sunlight or greenhouse gas-producing microbes when exposed to oxygen.

Carbon, oxygen and hydrogen-containing molecules make up the dissolved organic matter in groundwater. Some of these molecules can be broken down by microorganisms, while sunlight is enough for others to turn into new molecules or converted to carbon dioxide.

Using global estimates of dissolved matter in groundwater, we estimated how much was brought to the surface by bores or flowing out to sea. Each year, that’s around 12.8 million tonnes.

As groundwater flows to oceans or is extracted from bores, organic matter in the water is exposed to sunlight and oxygen. Author provided

What does this mean for our carbon budget?

Now we know groundwater is a carbon source, we have to factor it in to the way we deal with climate change. To accurately predict future climate change scenarios and the speed we need to move at, we need to know all sources and removal pathways of carbon to and from the atmosphere.

At present, groundwater as a carbon source is ignored in global carbon budget estimates. That needs to change, especially as we know groundwater will be used in ever-greater volumes in the future as waterways and lakes begin to dry out due to climate change.

This is even more pressing, given Australia’s population is expected to hit almost 40 million within the next 40 years. Supporting this growing population means more groundwater for farming, industrial and home use. 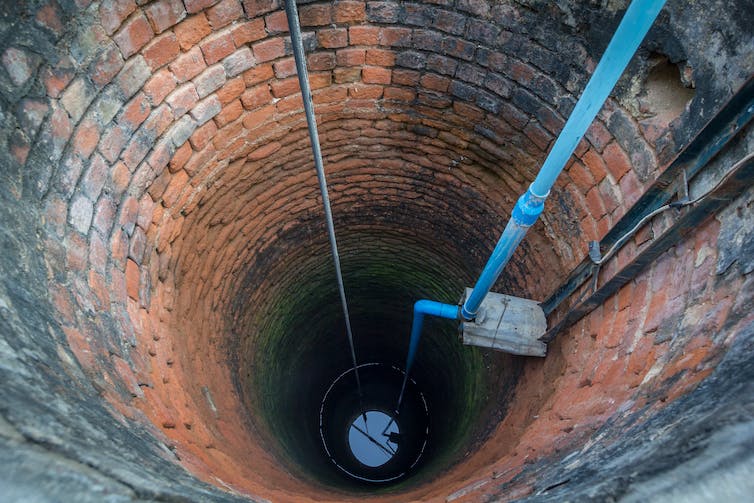 Wells are running dry in some areas where groundwater is heavily relied on. Shutterstock

Despite the vast volumes of groundwater in the earth’s crust, most of it is very hard to extract. Many artesian basins close to the surface are already being tapped, and in many places, over-extraction of groundwater is a real problem. Wells are already running dry in some agricultural areas.

As the easy water runs out, we may be forced to keep boring down to extract deeper, older water. These ancient waters have more of the organic molecules which can turn into carbon dioxide once we bring them up. To us, that suggests groundwater as a carbon source is set to grow and we must begin to include it in carbon budgets.