Opinion When it comes to climate change, Australia's mining giants are an accessory to the crime

Australia cannot distance itself from moral responsibility for emissions from exported fossil fuels. 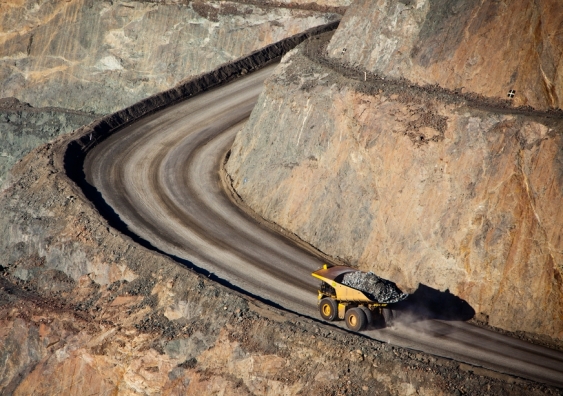 There are many reasons for Australia’s absence from the podium of the United Nations Climate Action Summit this week. No doubt it would send a poor message if emission reduction laggards such as Australia had taken centre stage.

But Australia is also the world’s largest exporter of coal and liquified natural gas. And by providing fossil fuel subsidies and exploration rights, the Australia federal government encourages its major mining companies to export more. This situation is now profoundly hostile to action on climate change.

The emissions produced from the fossil fuels extracted by Australia’s major gas, coal and oil producing companies – our “carbon majors” – such as BHP, Glencore and Yancoal, are now larger than all Australia’s domestic emissions.

While these companies, and Australia itself, have no legal responsibility for these “exported” emissions, morally it is comparable to selling uranium to a failed state or dumping medical waste unsafely. We understand the harm our exports cause, and are therefore at least partially culpable for the harms they cause.

We think in nations, not companies

Why aren’t Australian carbon majors considered to be responsible for addressing their emissions and their consequences? One reason is when we think about reducing emissions, we typically focus on the role of nations.

After all, it is nations that negotiate climate agreements, and their policies are substantially responsible for the contribution their citizens make to the problem of climate change.

But the impact of carbon majors is now so large, we must make the case for holding them responsible for the consequences.

In 2018 alone, BHP’s global fossil fuel production led to the emissions of the equivalent of 596 megatonnes (Mt) of CO₂-equivalent . Over the last 15 years BHP’s Australian coal operations have produced 1,863Mt of CO₂-e.

These figures would be significantly higher still if we included the remainder of the emissions since 1990, when the first major report from the Intergovernmental Panel on Climate Change revealed the risks of climate change and the consequences of emissions.

To put that in perspective, in 2018 BHP’s emissions from its global fossil fuel operations alone were more than the whole of Australia’s domestic emissions (534Mt CO₂-e) for 2018. If BHP were a country, the products it produces would cause emissions greater than those emitted by 25 million Australians.

As well as their current levels of production, many of the carbon majors hold vast reserves to be extracted in the future as well as new fossil fuel projects. Glencore, the largest coal mining company in Australia, reported in 2018 that they have 6,765Mt of measured metallurgic coal resources, and 1,565Mt of thermal coal in proved marketable reserves. Together, that’s the equivalent of 18,202Mt of CO₂, more than 34 times Australia’s 2018 carbon emissions.

But why should we hold the companies themselves responsible for these emissions? After all, except for the emissions created during the extraction process, they don’t themselves directly produce these emissions. For the most part, carbon majors contribute by being producers and suppliers of fossil fuels.

Like nations, carbon majors are seen as having responsibility only for emissions they have produced directly in operating a mine or transporting their commodities to port. This is the “territorial” model of emissions attribution.

Yet the responsibility of carbon majors is much greater than this territorial model suggests. To see how this might be the case, it is useful to draw on some basic moral and legal theory.

For example, a murderer or thief is directly responsible for the harm they cause their victim. They pulled a trigger or absconded with the money, and no-one else shares that direct blame.

But in the case where a person intends to shoot another person and I announce that I will sell them a gun — knowing full well what it will be used for — the responsibility for the murder no longer falls solely on the person who pulls the trigger. Given I sold the gun knowing that someone would be harmed, I am now an accomplice to the crime and should share at least some of the blame.

In this case, there is a relationship between my actions and the murder that ought to make me at least partially responsible.

In the case of carbon majors, by producing and selling fossil fuels which are, in turn, consumed in another country, they are complicit in the harm directly caused by their customer: the releasing of greenhouse gas into the atmosphere by consuming the fuel.

Australia’s carbon majors are accessories to the wrongful harm of climate change.

These companies of course point out they are not wholly responsible – other companies and people actually use the fossil fuels overseas, where the emissions count towards another country’s tally. But accepting even some fault for the effect of their exports is a huge increase in a company’s moral responsibility over what they currently admit.

What does this mean in practice? First of all, it means that they have a strong moral reason to stop contributing to the harm by appropriately cutting their fossil fuel operations in line with IPCC timeframes and take a fair share of their climate-related liabilities. They should also stop seeking support for fossil fuels through lobbyists, politicians, “think tanks” and industry groups.

It will be argued that such actions will be costly to the carbon majors. But unless we are willing to concede that it is acceptable to harm others without sanction or an end it sight, this is not a convincing response.

However as citizens, we also need to move beyond reducing our domestic emissions. As voters, investors and consumers, we share a responsibility for our exported emissions. Ending state and institutional support for carbon majors should now be a major focus of climate action.