Opinion Why are humans unique? It’s the small things that count

The big questions about our past, evolution and place in nature are getting harder to answer, writes Darren Curnoe 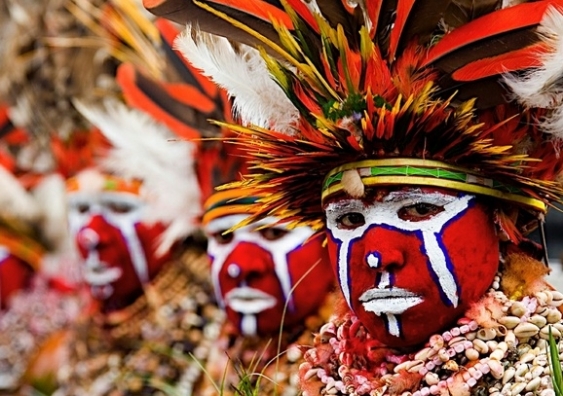 OPINION: Can there be any more important a question than, ‘How did we get here?’

Of course, I don’t mean those books we all gawked at as tweens desperate to understand our transforming pubescent bodies.

I mean, ‘How did we get here, as a species?’ ‘How did we come to be so different to all other life?’

In the way that we look: with our large, balloon like brains and skulls, hairless bodies, tiny teeth, protruding chins, puny muscles, and bobbling about on two feet.

Our evolutionary branch on the tree of life began a mere 8 million years ago: a time when we shared a common ancestor with living chimpanzees.

Also in the ways that we behave: with our remarkably complex and conscious brains, articulate speech and language, symbolic, creative, minds, and extraordinary imagination.

And how did we come to occupy virtually every nook and cranny the planet has to offer, even travelling to places beyond Earth?

The fossil, genetic and archaeological records provide the only hard evidence we have about our evolutionary past.

Yet, even if we cast our attention back to the Palaeolithic (or Stone Age) we really get no sense at all that we as a species would be destined to be the apes that would eventually shape the planet itself, on a global scale.

But each year, with the rapid pace of scientific discovery about our evolutionary past, our ‘biological patch’ is getting smaller and smaller; and, 2015 has been a truly remarkable year in this sense.

It seems like a good time to pause and take stock: How different are we? And, what can the records of our evolutionary history tell us about the journey to human uniqueness?

Our evolutionary branch on the tree of life began a mere 8 million years ago: a time when we shared a common ancestor with living chimpanzees.

Homo sapiens, also called ‘modern humans’ by anthropologists - a concept I’ll return to later – evolved according to the fossil record more than 200,000 years ago.

That’s a long time ago in terms of human generations of course: roughly 10,000 generations back.

But its a mere blink of an eye in the history of planet Earth and life.

In broad terms, we can divide the human evolutionary story into two major phases, and in doing so, can trace the gradual assembling of different parts of the ‘package’ of human modernity.

In the first phase, between roughly 7.5 million and 2 million years ago, we see a group of very ape like creatures living only in Africa.

A famous example is ‘Lucy’ from Ethiopia who belongs to the species Australopithecus afarensis and lived between around 3 and 4 million years ago.

These prehuman apes were very ‘unhuman’-like, except in one or two key respects.

Most importantly, they walked upright, on two feet, when on the ground, as we do; but also spent a lot of their time living in trees.

They also had brains and bodies similar in size to living chimpanzees.

From among these two-footed tree swingers, the human genus, Homo branched off, ushering in the beginnings of apes that would live permanently on the ground.

Homo appears in the fossil record close to 3 million years ago – as we learned just this yearwith a new fossil jaw from Ethiopia which added half a million years to the history of our genus.

With Homo we see brains getting much larger, very quickly also bodies reaching the human size, our muscles, especially those used for climbing, becoming pretty weak.

We’ve also learned this year that we had previously underestimated the hand capabilities of these prehuman apes, which may have been pretty similar to our own.

Remarkably also, the earliest stone tools now date back to almost 3.5 million years ago: being invented by Lucy’s kind with their small brains.

Some archaeologists also think that some of the earliest members of Homo – notably Homo erectus – with its human body size, but brain three quarters the size of ours, may have been able to make and control fire.

The importance of fire is that it would have allowed our Palaeolithic ancestors to cook their food, unlocking new and sometimes safer sources of nutrition to feed an energy hungry and evolving brain.

But the oldest examples of fire are only around 300,000-400,000 years old, in the form of burnt bone and deep ash and charcoal layers in caves.

They are associated with the species Homo heidelbergensis or perhaps the earliest Neanderthals (Homo neanderthalensis) living in Europe and West Asia.

Still, it certainly predates Homo sapiens, showing that fire is far from being unique to us, as Charles Darwin once opined.

This evolutionary time also marked the very first excursions by a two footed ape out of Africa, with Homo erectus settling Europe and eventually Asia as far east as present day China and Indonesia beginning from at least 1.8 million years ago.

Around a million years later the species Homo heidelbergensis appears in the fossil record, and also has a rather wide distribution across Africa, Europe and Asia.

Homo heidelbergensis is likely to have been the species that gave rise to both our Neanderthal cousins and we modern humans, and like us, it occupied a very wide range of environments, with a few important exceptions.

Now, one of the most exciting human fossil sites ever found is Sima de Los Hueseos – ‘the pit of bones’ – in Atapuerca, northern Spain.

Here, anthropologists have so far found more than six and half thousand fossils of an early human species, dated to more than 500,000 years ago.

The bones are pilled up one atop another in a way that strongly suggests they were deliberately disposed of in the cave, as complete bodies: in a kind of human rubbish pit.

But, some of the scientists working at the ‘pit of bones’ think the piles of fossils represent not just intentional disposal of the dead but indicate a sense of the afterlife, representing a kind of burial practice.

Again, hundreds of thousands of years before Homo sapiens appears.

We also now know from DNA extracted from the fossils from Sima de Los Huesos that the bones sample an early part of the Neanderthal evolutionary branch.

This means that Neanderthals were disposing of their dead, but not necessarily burying them like we do, at least half a million years ago.

In tracing the origins of this (admittedly incomplete) list of features historically claimed to be unique to Homo sapiens we get the distinct impression that the ‘biological patch’ we humans have recognised as our own is narrowing rather quickly.

If many of the hallmarks of humankind can no longer be claimed as exclusive, what does this leave for our species to claim as unique, and to explain the differences between us and other life?

What’s meant by this term is essentially any fossil that would blend within the range of physical variation we see around the planet today, or in the recent past.

A related concept is that of ‘behaviourally modern humans’, which is used by archaeologists to distinguish humans whose behaviour we would recognise as being like our own.

Now, you might think this latter term would be unnecessary: surely, you might ask, anatomically and behaviourally modern humans are the same thing, right?

The ‘smoking gun’ that archaeologists look for when trying to pinpoint the emergence of the modern human mind is the signs of symbolic behaviour.

If only it were that simple!

Actually, the fossil record shows that the earliest bones that resemble living humans are from Africa, specifically, Tanzania, Ethiopia and South Africa, and are dated between about 220,000 and 170,000 years ago.

Why are they regarded to be anatomically modern human? Mostly on account of their bubble shaped skulls, large brain volumes, small teeth, and finely built jaws with protruding chins.

But, until very recently, it was thought they didn’t get anywhere east or north of the Levant until much later, perhaps only 50,000 years ago, at most.

Skeletal remains dating to around 40,000 years old have been found at Lake Mungo in Australia, Niah Cave in Malaysian Borneo, Tam Pa Ling in Laos, and Tianyuan Cave near Beijing in China.

Just three weeks ago we learned that anatomically modern humans have been in East Asia, specifically southern China, for at least 80,000 years, and perhaps even 120,000 years.

Forty-seven human teeth from the site of Daoxian Cave, which are remarkably modern looking, provide a strong case for the precociously early occupation of the region by our kind.

When do we see the earliest evidence for behaviourally modern humans?

Stone tools don’t give us any real insights into this question for the first 100,000 years or so of our evolution as species.

That’s right, there is a gap of more than 100,000 years between the appearance of anatomically modern and behaviourally modern humans. Odd right?

The ‘smoking gun’ that archaeologists look for when trying to pinpoint the emergence of the modern human mind is the signs of symbolic behaviour.

When we think about symbols we know that among living species we humans are the only ones, as far as we know, that are capable of inventing them.

Chimpanzees have been taught to use sign language or simple pictographic languages and they do so to great effect, but they don’t invent the symbols themselves.

A good example of a simple yet powerful symbol is the cross, as explored in my an episode of my UNSWTV series, ‘How did we get here?’

How might we get at this kind of thinking, of a symbolic human mind, from the archaeological record?

There’s clear evidence, especially from the archaeological record, that only modern humans have occupied deserts, rainforests, the Arctic Circle and even the Steppe Grassland environments seen in Siberia and Eastern Europe.

While we’re remarkably flexible and able to alter our diet, behavior and technology to suit our circumstances, this all occurred well after 100,000 years ago.

Why then did it seemingly take more than 100,000 years after our appearance as a species for the first signs of the modern human mind to make a show?

One possibility is that some kind of revolution occurred around this time – perhaps the arrival of complex human language being associated with a gene mutation.

One candidate is the FOXP2 gene, which is vital for the development of normal speech and language.

This gene is shared with Neanderthals and chimpanzees as well, but we humans have a particular mutation affecting the regulation of the gene that is not found in the genome of our cousins.

Ironically, as we gather more scientific evidence, and our technologies get more powerful, the big questions about our past, evolution and place in nature get harder to answer with any satisfaction.

With only around 100 genes of any consequence distinguishing us from our Neanderthal cousins, and most of them being related to our immune system, skin or sense of smell, we are being forced to focus now on the small biological changes in our evolution to explain what feels like a massive gulf.

Seemingly changes of only minor genetic importance had profound consequences for us as a species, and, as it turns out, the well being and future of the planet as well.

Where were all the women in the Stone Age?