Nuclear weapons threaten not merely those who have them, but all people who walk the Earth, write Toby Walsh and Rob Brooks. 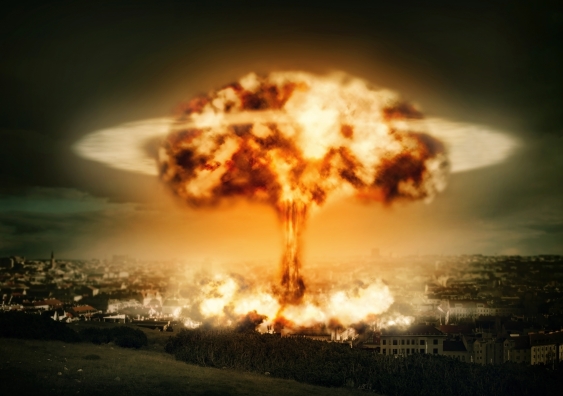 OPINION: These are dangerous times. The Doomsday Clock sits at just two and a half minutes before midnight, which represents global catastrophe.

The Doomsday Clock has been maintained by the Bulletin of the Atomic Scientists since 1947, and has only ever been closer to midnight back in 1953, when the United States and Soviet Union tested their first hydrogen bombs, and the world was locked in a very dangerous nuclear arms race.

A single hydrogen bomb, thousands of times more powerful than the devices used on Hiroshima or Nagasaki, would be capable of obliterating a whole city.

An all out war, detonating even a fraction of the roughly 14,000 nuclear weapons in existence today, might trigger a mini ice age. Winter would last year-round, agriculture would be destroyed, and civilisation would likely collapse.

The then US president Ronald Reagan put it simply and clearly: “A nuclear war cannot be won and must never be fought.”

Today we face these fears once more. Russia and China are again flexing their military might. The United States is led by President Donald Trump, who has a more hawkish take on international affairs than his predecessors. He has also said that if any country is to have nuclear weapons, then he wants the United States to be at the “top of the pack”.

There are many potential flashpoints around the world – including Syria, the Korean peninsular, the South China Sea, Iraq, and Ukraine – and many despots and terrorists looking to cause problems.

There is, however, reason for hope. This week’s talks at the United Nations aim to negotiate a total ban on nuclear weapons. These talks are the first of their kind ever to take place at the UN.

The aim is to stigmatise nuclear weapons, as with biological and chemical weapons. The ultimate goal is a world free of these weapons of mass destruction.

In support of these discussions, thousands of scientists from around the world have today released an open letter urging our national governments to achieve this goal of banning nuclear weapons.

The letter is signed by 23 Nobel Laureates, a past US Secretary of Defense, and many well-known scientists such as Stephen Hawking, Steven Pinker, Martin Rees and Daniel Dennett. We, too, have signed the letter.

As scientists, we bear a special responsibility for having invented these weapons of mass destruction. And as scientists, we are also very aware of the disastrous effects that they could have on our planet.

Nuclear weapons threaten not merely those who have them, but all people who walk the Earth.

We urge the diplomats meeting in the United Nations today to find a way to rid the world of this evil.