Why you should get a stranger to choose your profile pictures

Picking the right social media profile image is critical. So if you want to put your best face forward, get a stranger to make the choice for you. 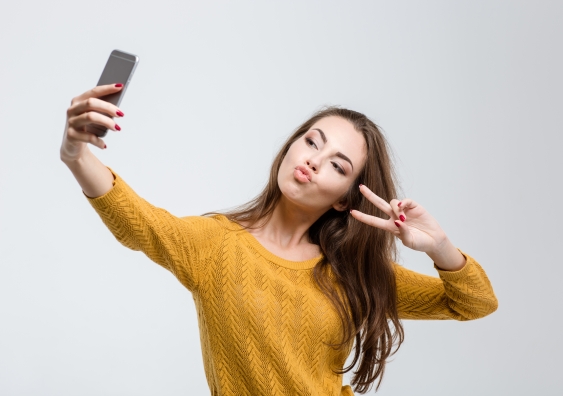 "It could be that we perceive ourselves more positively than others do, in general. This may interfere with our ability to discriminate when trying to select the specific photo that gives the most positive impression." Photo: Shutterstock

People select profile images of themselves for social networking sites that are less flattering than a stranger would choose, UNSW-led research shows.

The study suggests people have an inbuilt bias about what they think they look like that interferes with their ability to select photos that give the most favourable first impression.

“Selecting profile pictures for social, romantic and professional sites is a common task in the digital age, and choosing the right image can be critical,” says study first author and UNSW psychologist Dr David White.

“We make inferences about an individual’s character and personality within a split second of seeing a photograph of their face. These first impressions can influence important decisions such as whether someone wants to befriend you, date you or employ you.

“Our study shows for the first time that people select more flattering profile images for complete strangers than they do for themselves. This surprising result has clear practical implications. If you want to put your best face forward, get someone else to choose your picture,” he says.

The study, by researchers at UNSW, University of Western Australia and the University of Sydney, is published in the open access journal Cognitive Research: Principles and Implications.

About 1.8 billion people worldwide have an active Facebook account; about a third of employers search online for information about job candidates; and about half of the British adults who are searching for a relationship have used online dating.

The new study involved more than 600 people and a range of experiments. In one trial, participants were asked to indicate the likelihood that images of their own face, and images of a stranger’s face, would be used as profile pictures on social networking sites such as Facebook, dating sites such as Match.com, and a professional site such as LinkedIn.

Other people recruited via the internet then assessed these photos for social traits such as attractiveness, trustworthiness, dominance, competence and confidence.

The study showed that people were able to select images of themselves that accentuated the desired characteristic for a site, such as attractiveness for a dating site and professionalism for a work site.

However, the self-selected images were rated by the internet recruits as giving less favourable first impressions than the images chosen by strangers.

“One explanation could be that we perceive ourselves more positively than others do, in general. This may interfere with our ability to discriminate when trying to select the specific photo that gives the most positive impression,” says Dr White.