It’s not rocket science – or is it? A UNSW Sydney astronomer explains how the right sci-fi watchlist can make physics easier to understand. 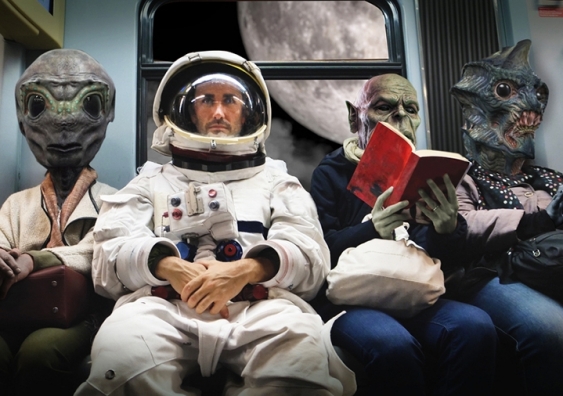 Science fiction can be, well, out of this world. But the popular genre has the potential to increase the science literacy of the general population, says Dr Maria Cunningham. Photo: Shutterstock.

From the morality plays in Star Trek, to the grim futures in Black Mirror, fiction can help explore our hopes – and fears – of the role science might play in our futures.

But sci-fi can be more than just a source of entertainment. When fiction gets the science right (or right enough), sci-fi can also be used to make science accessible to broader audiences.

Dr Cunningham – a sci-fi fan herself – convenes ‘Brave New World’: a course on science fact and fiction aimed at students from a non-scientific background. The course explores the relationship between literature, science, and society, using case studies like Futurama and MacGyver.

She says her own interest in sci-fi long predates her career in science.

“Fiction can help get people interested in science – sometimes without them even knowing it,” says Dr Cunningham.

“Sci-fi has the potential to increase the science literacy of the general population.” 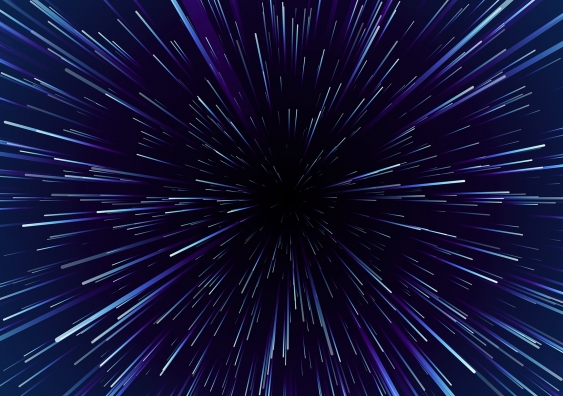 It turns out road rules are still enforced in space. Image: Shutterstock.

But despite this quick speed, there is an unavoidable delay in light from distant objects reaching Earth – including the moon, Sun, and faraway stars. We are looking back in time every time we gaze up at the sky.

Light from the Sun takes around eight minutes to reach Earth. But light from Icarus, the furthest known star visible from Earth, is nine billion years old – about a third of the current age of the universe.

“I like using the film Contact to explain the speed of light to my students,” says Dr Cunningham. The 1997 film, which starred Jodie Foster and Matthew McConaughey, was based on scientist Carl Sagan’s 1985 novel.

“Contact opens with a close shot of Earth and the audio of different radio stations and TV broadcasts. It slowly zooms out into space, but the radio waves from Earth can still be heard.

“As you go further into space, you start hearing older music and famous historical broadcasts, like the Moon landing and John F. Kennedy’s assassination. Eventually, you hear the first radio broadcasts, before the sound stops altogether.”

While sound only travels through air at around 350 metres per second, radio waves are a type of electromagnetic radiation, which travel at the speed of light. 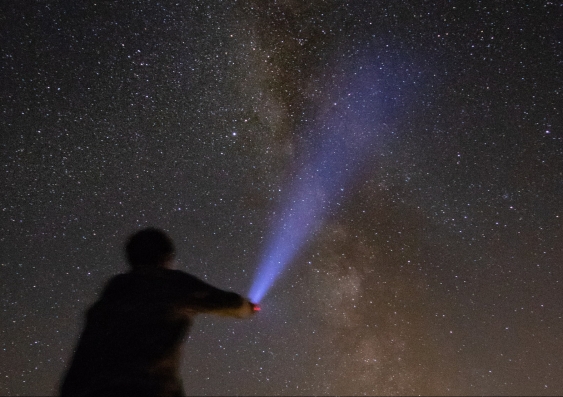 The further away a star or planet, the longer it takes for its light to reach us. Everything we see in space happened in the past – sometimes, billions of years ago. Photo: Unsplash.

Time, unlike the speed of light, is not a universal constant. According to Einstein’s theory of special relativity, time can dilate or stretch according to how fast a person is travelling through space.

Special relativity is commonly understood by the famous equation E = mc2, where energy (E) equals mass (m) times the speed of light (c) squared. General relativity is based on the same idea, but also considers the influence of gravitational pull.

“We don’t just live in space, we live in spacetime,” says Dr Cunningham. “Time slows down the faster you travel.”

A famous experiment in 1971 tested the theory of relativity by sending three atomic clocks around the world in different aeroplanes. When the planes reunited, each clock read a different time – none of which matched the atomic clock that stayed on land.

“The original 1968 Planet of the Apes film is a great example of special relativity,” says Dr Cunningham. “A team of astronauts on an 18-month-long mission in deep space crash land onto an unknown planet. In this world, apes have evolved to be the dominant species.

“The astronauts eventually discover the planet is actually Earth, but more than 2000 years had passed in Earth-time. Human civilization had fallen.”

According to special relativity, the closer a person travels to the speed of light, the slower time will move – although it won’t feel that way to them. 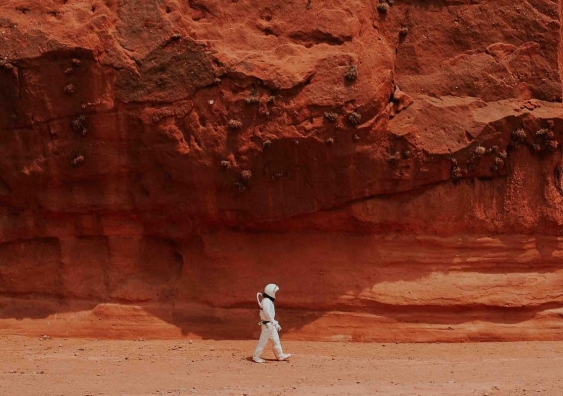 Not where, but when: if an astronaut travels through space at hyperspeed, Earth might not be the same by the time they get back. Photo: Unsplash.

The Many Worlds Interpretation

“There’s an idea in physics that our universe is only one of many,” says Dr Cunningham. “It suggests there are multiple timelines we are constantly splitting off from.”

The Many Worlds interpretation suggests that the universe ‘splits’ into multiple universes every time an action is taken – whether it’s a molecule moving, what you decide to have for breakfast, or your choice of career path.

This interpretation of quantum mechanics can help explain some of the quantum paradoxes that logic can’t answer, like why a particle can be in two places at once, or why Schrodinger’s cat is both dead and alive. As the Many Worlds idea is impossible to test, it’s considered an interpretation, not a scientific theory – but many physicists think it could be possible.

“The mathematics of the Many Worlds interpretation is impeccable – it stacks up,” says Dr Cunningham. “But because humans experience time and space as fixed immutable concepts, the idea seems impossible.” 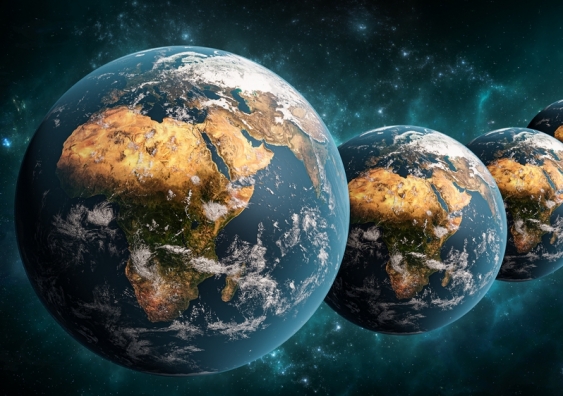 Could other versions of you exist in different timelines? Image: Shutterstock.

The sci-fi films Another Earth (2011) and Paradox (2016) help illustrate the Many Worlds concept, says Dr Cunningham.

“Another Earth explores the implications of discovering – and accessing – a parallel world,” says Dr Cunningham. In the film, astrophysicists discover a ‘mirror’ Earth where another version of each person exists. Humans vie for a spot in a civilian flight to the second planet as a chance to right their past wrongs.

“In Paradox, the protagonist – whose wife recently died in a car accident – develops a quantum machine to enable travel between parallel universes. He ‘jumps’ from universe to universe trying to find a version of his wife who is still alive.”

According to the Many Worlds interpretation, humans wouldn’t be able to interact with parallel universes like they do in these films – but sci-fi has the creative licence to play with ‘what-ifs’.